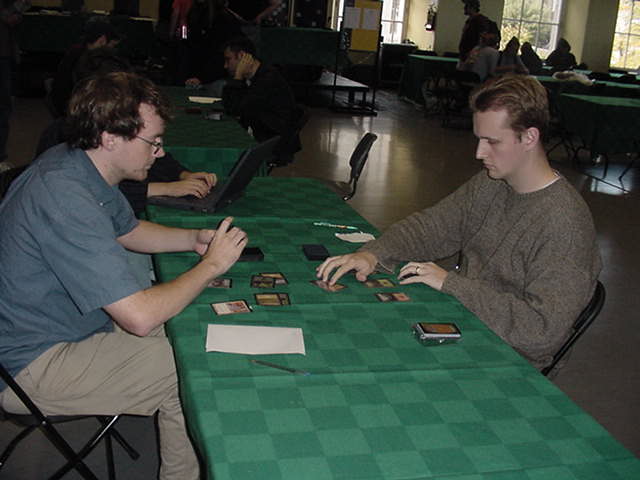 Tim and Bob are two are longtime friends from when McKenna lived in Chicago. McKenna is known for his amazing day one performances on the boat. Maher needs no introduction and is the former Pro Tour Player of the Year. Both are very high in the standings and drafted at the first table. They are jovial throughout the whole match and joke around about the Kamahl, Pit Fighter that got to Maher very late. The winner of this match can draw into the top 8. 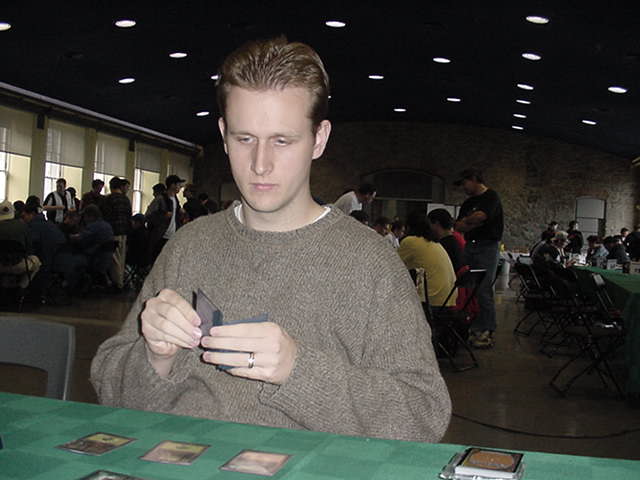 Maher plays a second turn Werebear and McKenna plays a turn three Hallowed Healer. Maher attacks with the bear and is done. McKenna stops the ground up with his Mystic Zealot. Maher plays a Rabid Elephant, which could be a problem for McKenna. McKenna then plays Last Rites for two and gets a Nut Collector and Springing Tiger. Maher is left with Krosan Beast. Mckenna plays an Aven Flock and attacks with the Zealot. Maher has another bear and holds back for the turn instead of getting through for one with the Elephant. The flock comes in and McKenna is holding back with Morbid Hunger. More creatures are added to each side as the ground stall and McKenna sends with the Flock. Kamahl, Pit Fighter comes out and it's immediately hungered. Kamahl kills the Hallowed Healer and the game looks much more bleak for Mckenna. With the Hallowed Healer gone, the Rabid Elephant goes to town. McKenna can race with his Aven Flock but a Seton's Desire comes down and the race is no longer in McKenna's favor. McKenna takes a minute to think about how he can win the race. Maher has 6 cards in the graveyard and two Werebears that may become huge. McKenna plays an Aven Cloudchaser to kill Seton's Desire. Maher can't attack for enough damage without topdecking a card and he didn't do it. 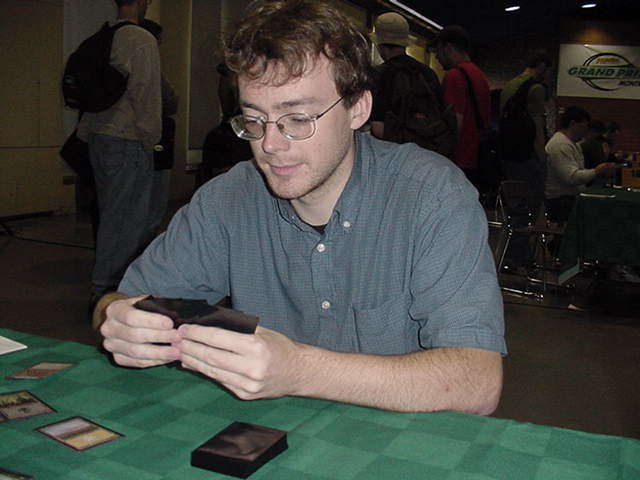 McKenna plays a turn two Patrol Hound and Maher lays three Mountains. He misses his fourth land drop and McKenna Tattoo Wards his Hounds. Maher is mana screwed and discards for one turn. McKenna's advantage is huge and he has drawn 3 removal spells for the creatures Maher will eventually draw. A Morbid Hunger finishes Maher off.