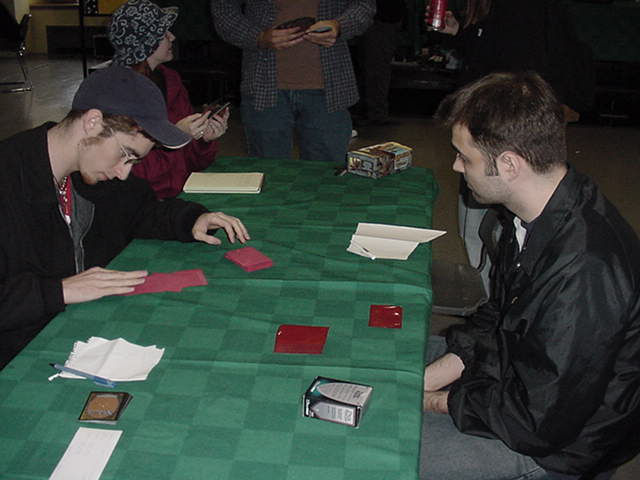 Dustin wins the coin flip and chooses to go first. Dustin is playing a fast Red Black deck while Chris drafted a blue green deck with multiple fliers. Throughout the match both players remain fairly quiet, but very comfortable. There isn't any trash talking at all, but there is a little familiarity, both players having been Pro Tour and Grand Prix regulars. 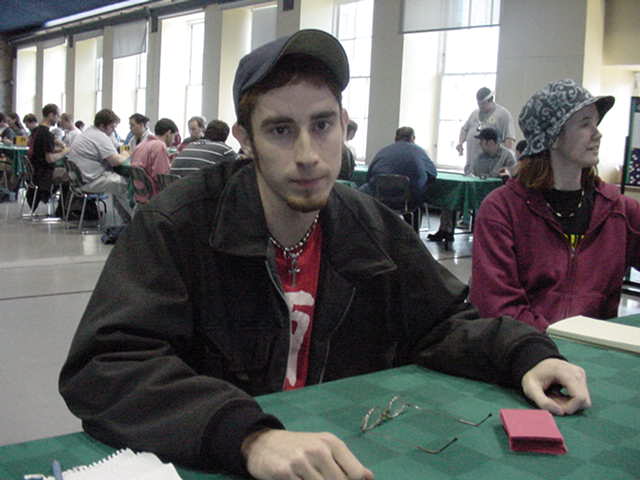 For the second game, Chris decides to play. Chris comes out strong with a good curve for Werebear, Cephalid Scout, Treetop Sentinel (pro green). Dustin Acceptable Losses the Sentinel, losing a Swamp. Chris then enchants his Cephalid with Seton's Desire. Dustin sees this 3/3 Flier as a big threat, so he attacks with his Crypt Creeper (all of Chris's creatures are tapped from attacking), then after combat sacrifices it to remove a card from Pikula's graveyard to put 3 cards in his own graveyard. Dustin then Ghastly Demises for 3, targeting the enchanted Cephalid. 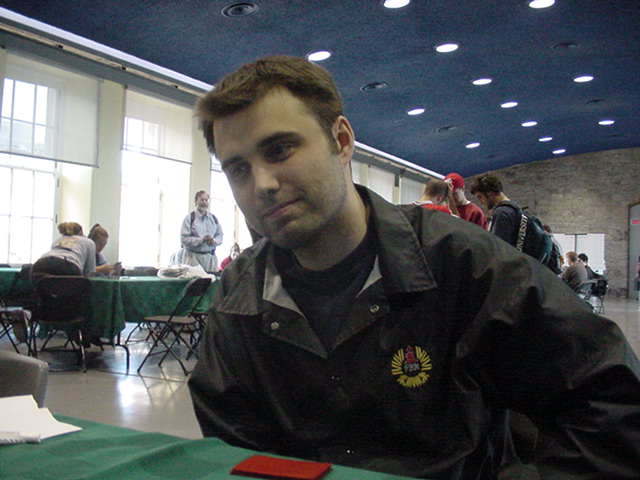 Chris goes on to cast two Dreamwinders to put pressure on Stern. Stern makes a couple of questionable attacks, losing a couple of creatures. This, however, puts him past Threshold, which in turn makes his Shower of Coals VERY GOOD. Stern kills both of Pikula's Dreamwinders and deals Pikula 4 damage, then attacks for the win the following turn.