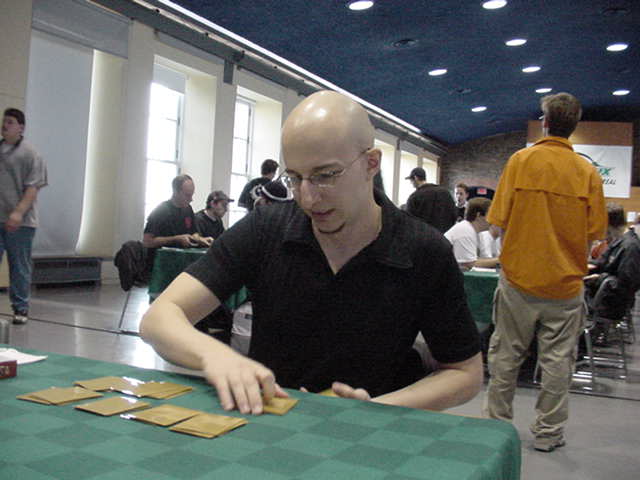 In a short and brutal match, Mike "Potato" Turian faced off against Aziz al-Doory. Al-Doory is a well known regular from the early days of the Pro Tour. Known for his off-beat humor, Aziz is just coming back from a long hiatus from the game. Turian needs no introduction. Mike is known as one of the greatest limited players in the world, and is a cornerstone of Team Potato Nation, champions of last year's Pro Tour New York. 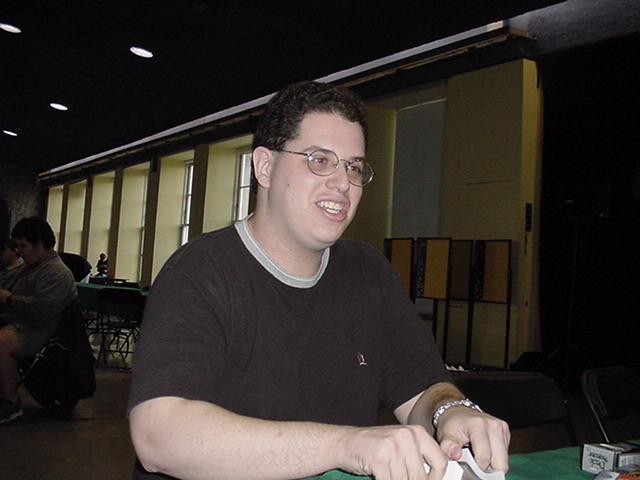 In game one, Mike won the coin flip and chose to draw first. He later explained that he usually chooses to draw in sealed deck due to the less reliable mana. Aziz didn't mind playing with his aggressive deck, but it turned out that Turian's strategy paid off. Al-Doory was forced to mulligan twice, eventually keeping a hand with only one land. Opposite Aziz's Forest, Turian played out all three of his land types in the first three turns, summoning a Wild Mongrel and Psychatog which were quickly joined by a Crypt Creeper. After missing four land drops, Aziz had no choice but to concede rather than show Mike another color. 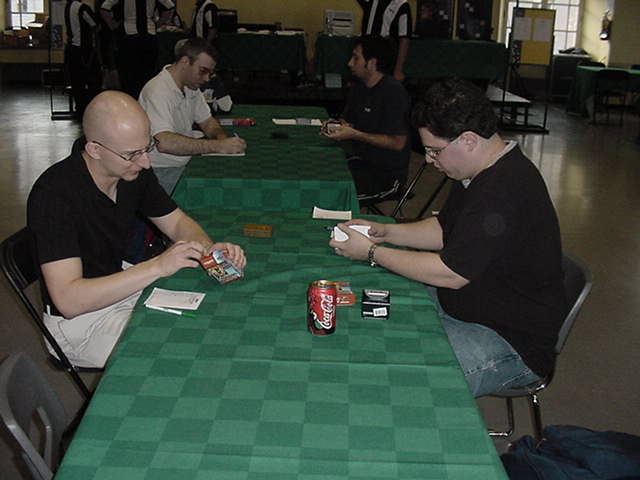 Game two, Aziz was forced to mulligan once again, and kept a mediocre six card hand with a few land but no early plays. Turian continued to use all his mana effectively, starting with a Peek and again the "best bear ever," Wild Mongrel. One of the many strengths of the amazing Hound was shown on the fourth turn, when "Potato" discarded Roar of the Wurm and then used it's ultra cheap Flashback cost to create a 6/6 token. Aziz finally played a Halberdier, but the usually solid 3/1 looked puny compared to Turian's Worm. But the token wasn't Aziz's only problem, as a Rabid Elephant and then Dusk Imp joined Mike's army. Al-Doory was eventually able to summon a Dirty Wererat to block the Worm, but Turian had enough other creatures to finish Aziz off.

Aziz: "Chances of winning: zero."
Mike: "But you have me down to twenty already."