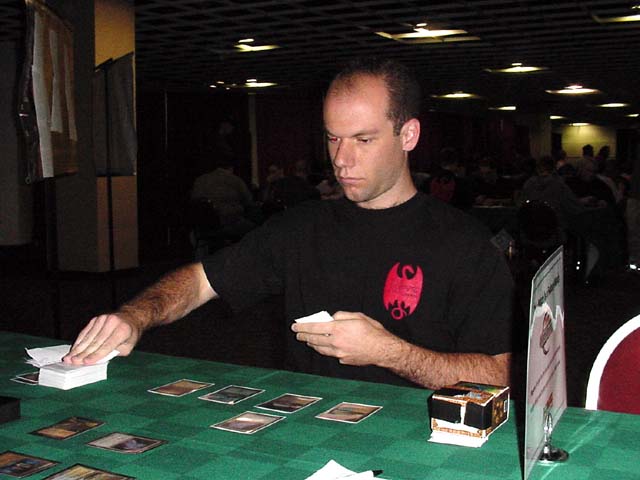 Dave started the game and began the pressure with a second turn Spectral Lynx, but it was matched a turn later with one of Alex's own. Dave stole three lands from Alex through a Vindicate and a Gerrard's Verdict which netted six life. Alex made the more impressive play, however, by dropping a Phyrexian Arena to draw right out of his low-land situation. Dave answered with another Vindicate removing the Arena, and swung with his Spectral Lynx while Alex was tapped out.

Alex swung back with his own Lynx during his turn and tapped out to cast Dromar's Charm on the opposing Lynx. Dave chose to cast a main phase Fact or Fiction after Alex opted to tap out once again during his turn. The struggle remained symmetrical for the next few turns while each player demonstrated the true nature of the mirror match. A Probe with kicker by Alex had the adverse effect of emptying his own hand when he had to spend two cards, a Recoil to prevent a counter, and a Vindicate, to destroy the main deck Dodecapod that Dave discarded to the Probe. This window gave Dave the opportunity to drop a Desolation Angel for which Alex had no answer but to concede. 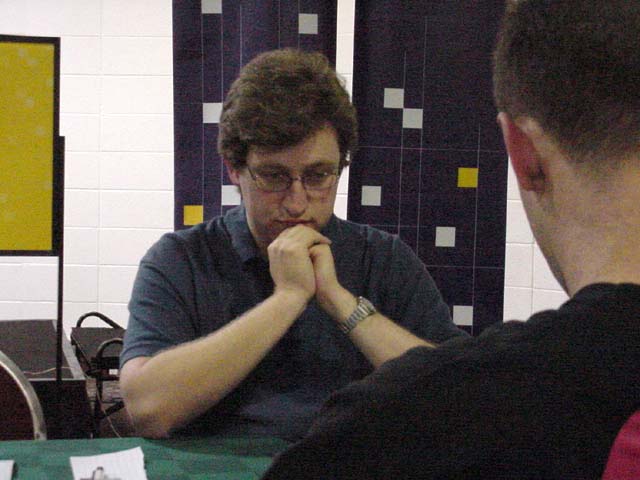 Alex decided to start first but looked dejected after having to paris mulligan his first hand away. Dave failed to find any blue mana before the fifth turn, but still put up a fight against Alex by pairing a Phyrexian Rager, Spectral Lynx, and Vindicate up against Alex's Rager, Lynx, and Dromar's Charm.

Not seeing any discard from Alex, Dave decided to hard-cast a Dodecapod, but it was removed by a Vindicate, allowing Alex to keep swinging with a Phyrexian Rager. A couple turns later, Dave dropped Desolation Angel for the second time, and Alex once again had no answer for it. Two turns later Dave had swept the match.