We couldn't wait any longer. We had to get Pustilnik in here and check out what he was playing. Across the table the young Brazilian was quick to warn us he would need to take his time since he hardly knew all the new cards. 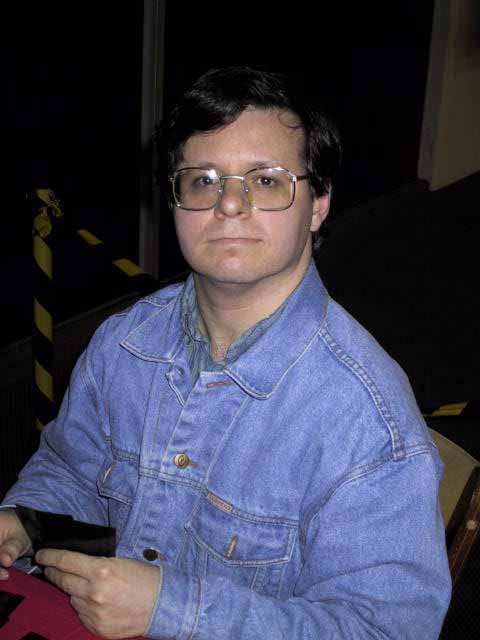 The always friendly Pustilnik trying hard to look tough.The Brazilian came out with much suspense: Karplusan Forest and Basking Rootwalla clearly announced his deck. He missed his next land drop but still played a second Basking Rootwalla.

It seemed Andre had trusted a one-land hand and his deck was helping. Across the table Pustilnik played land after land while the small Rootwallas nibbled around. He Repulsed one of them just to dig deeper and finally dropped a creature: Nightscape Familiar.

Keeping up with the "finally" theme Barreto drew a land! He sent his both Rootwallas and let the Familiar eat on up. The Red half of a Fire/Ice took out the Familiar and pinged the American.

The Brazilian tried to upgraded his strike force but Counterspell stopped Mongrel. When Andre pumped his Rootwalla on the following turn Pustilnik Wished for Slay and cleared the table.

At a very healthy thirteen life the Pro Tour and Masters Champion had control of the table. On the next turn he played a Fact or Fiction:

He took the two Blue spells and played Standstill. The Brazilian promptly blew it away to play Yavimaya Barbarian. Pustilnik now had a full hand and lots of life points to play with. The game was his for the taking. 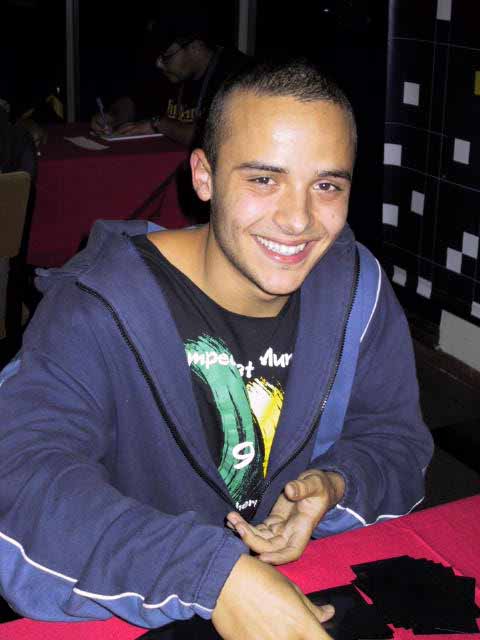 Andre Barreto beaming over his first Feature Match.He started with Cunnish Wish for Fact or Fiction. He played the broken Blue spell getting the following piles:

The American grabbed the creature. On the next turn he played it and locked the table with Standstill, but not before a Fire/Ice got him down to nine. Andre thought for a minute and play Llanowar Elves - giving his opponent three cards - and trying another Yavimaya Barbarian.

This one, predictably, got countered. Pustilnik had so many cards in hand he was trouble holding on to all of them. On the next turn he Upheavaled and replayed the Aven before discarding.

Andre drew his card and conceded.

This time the Brazilian came out with first turn Llanowar Elves, second turn Yavimaya Barbarian and tried a third turn Phantom Centaur. But Pustilnik wasn't having none of that nonsense. He had the Counterspell for it.

A Cunning Wish got Mikey Slay while another swing brought him down to nine. But for the last two turns Barreto hadn't made any move. So when the Slay hit the Barbarian the Brazilian was in trouble.

He used Fire/Ice on Pustilnik but had no creature to play. His lonely elf nibbled away but Pustilnik still had six life points to play with. He solved the minor elf problem easily enough: Psychatog.

Andre threw Violent Eruption at the Psychatog but Pustilnik saved it by discarding down to three cards. The Brazilian tried to finish the job with Flametongue Kavu on the next turn but again Mikey was ready. This time with Circular Logic.

To refill his hand he played Fact or Fiction: 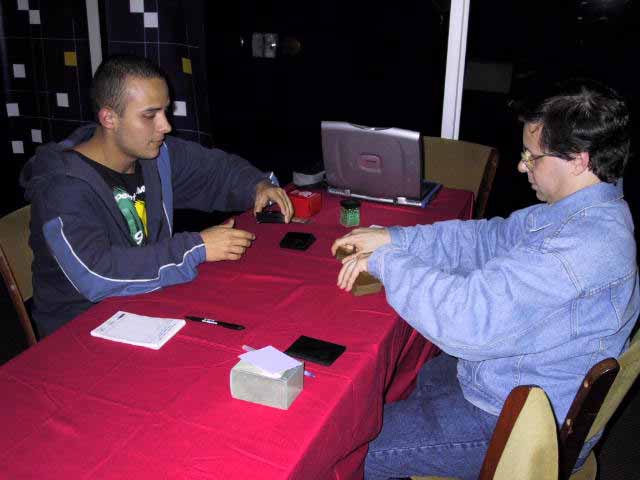 The American took the second pile. With the cards piling up in his graveyard he allowed the Brazilian to play and flashback Call of the Herd. Repulse took a token out but Barreto played Basking Rootwalla to keep things tricky.

Pustilnik was at six so he had to look for a massive strike. While his Psychatog could stop anyone in combat he couldn't possibly stop a horde. To somehow solve that the American played a second Psychatog.

Barreto needed a good threat and his deck provided: Grim Lavamancer. But Pustilnik had Counterspell for it. On the next turn he played Cunning Wish for the removed Slay and axed the Rootwalla.

Things were now sufficiently under control for one of Psychatogs to start swinging. That signalled the end of the game. A few turns, and several thwarted threats, later Pustilnik sealed the deal.