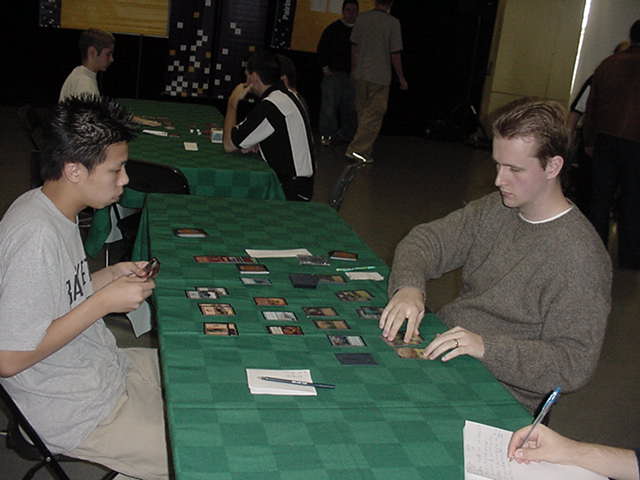 Both players are 7-1 and have won their first round on the day. Ken Ho is a newer pro player and finished very highly in the rookie of the year race last year. He made top 4 in GP:Columbus with the Ken Ho All-Stars. Maher has had a solid year and is the current 5 Color World Champion. Maher has a very strong U-G deck with Aboshan, Roar of the Wurm, and many solid support cards. Ken Ho has a R-U deck with many good cards but lacks any bombs. 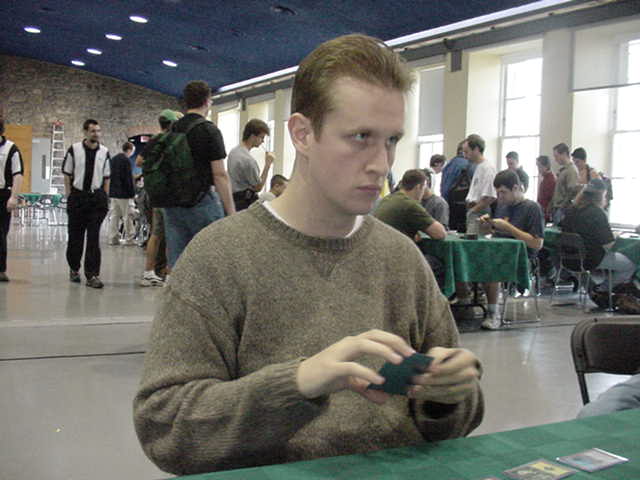 Both players keep and Maher leads off with a turn two careful study discarding two lands. Ken plays a Think Tank on turn three and is done. Maher plays a Cephalid Scout and is done his turn. During Ken's upkeep he uses his Think Tank, then Predicted naming Firebolt. Ken then tried to put the bolt in his hand but Maher corrected him on how Predict worked. Ken Peeked and saw Metamorphic Wurm, Krosan Archer, Centaur Garden, Muscle Burst, and Careful Study. Maher untapped and played the Archer and was done. Ken played an Aven Windreader and was done. Maher's attack was surprisingly blocked considering Ken's knowledge of the Muscle Burst. Maher then Careful Studied an Island and Thought Nibbler into his graveyard. Ho Think Tanked for a moment before continuing his turn. Ken's pace is not the fastest and Maher said "You are gonna need to pick up the pace if we are going to finish three games". Ho played a Balshan Griffin and passed the turn. Maher played a 7/7 Metamorphic Wurm and was done. Ho has little in his deck to deal with such a creature and Maher's life was to high to race. Once Maher cast a Roar of the Wurm and attacked with the 7/7. 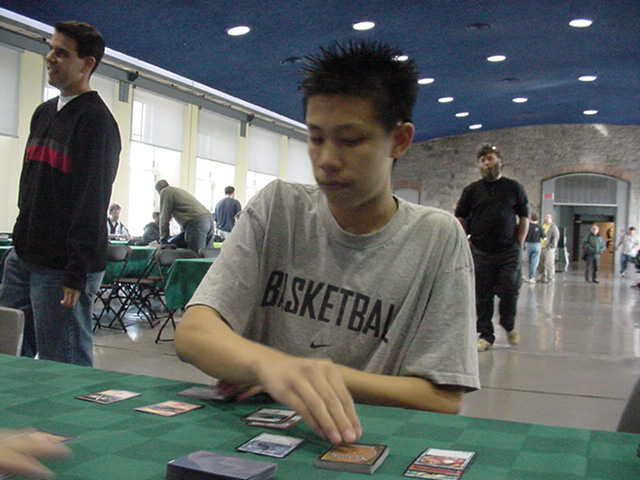 This game was very similar to the first with Maher curving out well and Ho's deck having no answers. The breaking point for Ho was when Maher Careful Studied and put Beast Attack and Roar of the Wurm into the graveyard when he already had board advantage. Ho knew the game was unwinable after Peeking Maher's hand and seeing Aether Burst and many other creatures he had no way to deal with.