Feature Match Round One - Andy Wieman vs Mike Flores 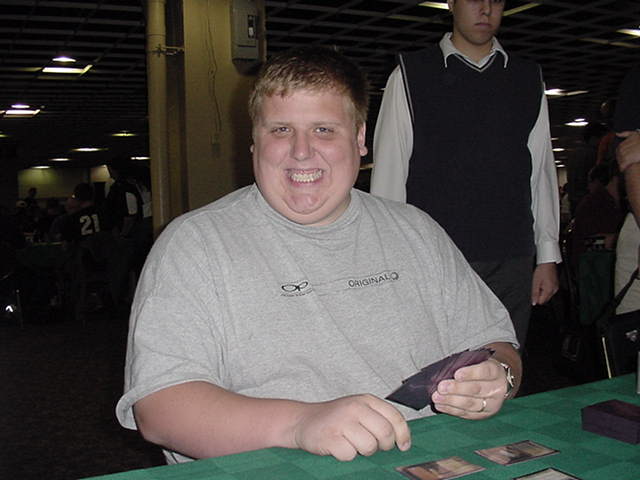 In Round 1, local hero Andy Wieman faced off against New York hotshot Mike Flores. Although both players have achieved some level of fame, neither had a bye for the tournament. Flores's Minneapolis adventure started inauspiciously with a mulligan, but he was able to keep pace with Wieman, killing two Spectral Lynx with Dromar's Charm.

Wieman responded fairly by removing Flores's Lynx with a Dromar's Charm of his own, and both players controlled nothing but land. Flores tried to Recoil a Dromar's Cavern of Wiemans, but got Absorbed. Wieman's absorbing ways continued when Flores tried a kicked Desolation Angel. Both players continued playing land until Flores got a Desolation Angel through. Wieman allowed it to resolve, but put enough mana in his pool to cast Rout as an instant, and the board was back to stasis. 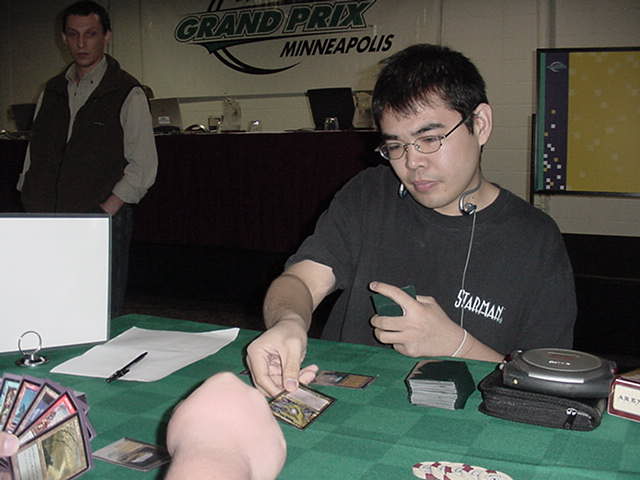 After a Flores Gerrard's Verdict, Wieman played a Meddling Mage (stopping Spectral Lynx) that proved to be the most powerful creature in the game, at least until Dromar's Charm claimed its fourth victim of the game.

A second Meddling Mage, also stopping Spectral Lynx, came out to replace his fallen brother, and Wieman was able to protect it for long enough to win the game.

Flores got off to a better start in game two with an fast Addle (pulling a Meddling Mage) and a Hobble on Wieman's Spectral Lynx. He also Spite/Maliced a Terminate and Dromar's Charmed a Fact or Fiction, seeming to be firmly in control of the game. 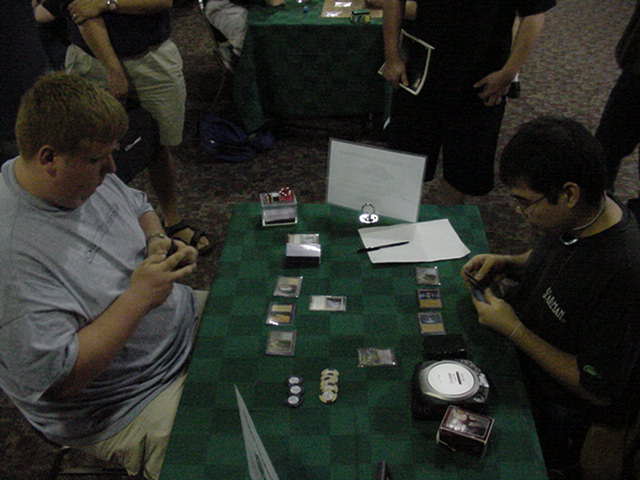 A Wieman Fact or Fiction eventually got through, which gave him the freedom to Lobotomize Flores's deck, removing two Hobbles from his hand and one from his deck. When Flores tried to refill his hand with a Fact or Fiction, Wieman had a Gainsay. He followed that up with a kicked Desolation Angel, which resolved with no shenanigans.

Flores got land on every turn after the Angel showed up, while Wieman had none. Unfortunately for Flores, the Angel was all Wieman needed, and the game ended in the standard four turns after the Angel's appearance.