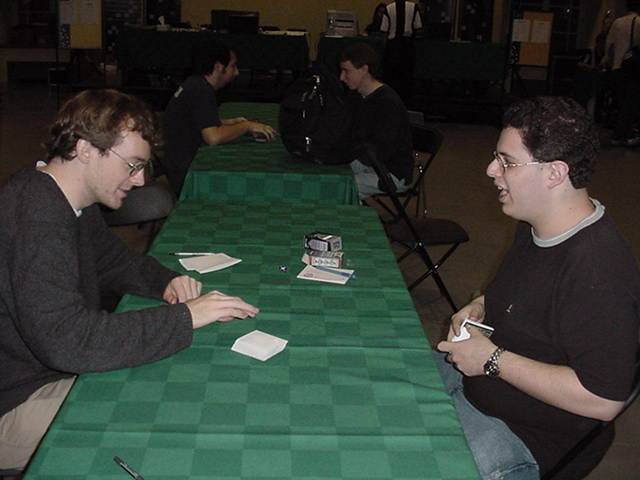 Mike Turian is a Pro Tour Champion and made Top 8 at Worlds this year. Mike is widely considered one of the nicest guys on the Pro Tour. Mike is now poised to add another high finish to his resume. He has started this tournament out 6-0 and another win would put him in good position for a Top 8 here.

Tim McKenna doesn't have the finishes that Mike has but he still is a very solid player who has been around for a while and also considered one of the nicest guys around. 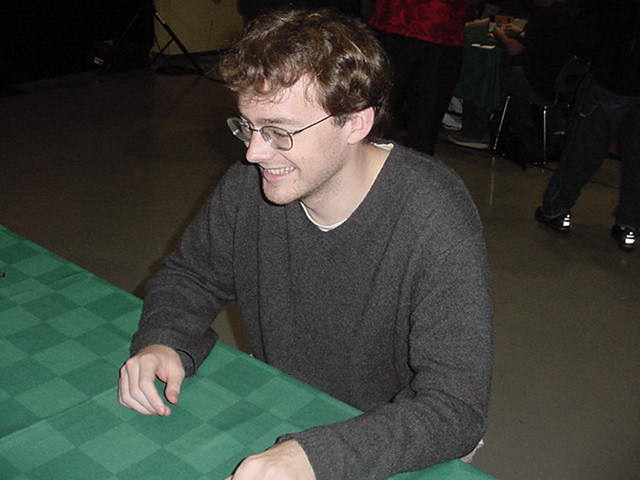 Game two went a little better for McKenna his start was a little slow but so was Turian's so things seemed ok. On turn six Turian had only a lonely Werebear in play McKenna sent his Dirty Wererat into the Red Zone. Unfortunately for McKenna Beast Attack brought a large 4/4 green monster into play on Mike's side. The beast forced Tim to use Refresh on his rat and take up his mana for the turn. Turian smashed with his token and said go. Made a token at the end of McKenna's next turn. McKenna was on a very quick clock. 2 4/4's kill you quite quickly. McKenna tried to mount a defense with a Stalking Bloodsucker but Turian had Roar of the Wurm and added a 6/6 to his army of tokens. The threat of Flashback on Roar of the Wurm and the 2 4/4's and a 6/6 in play were to much for Tim to overcome and he packed up his cards. 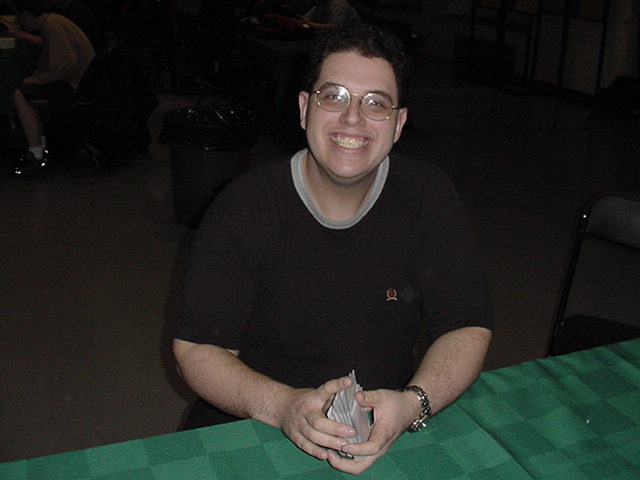 Turian is now 7-0 and in good shape for a Top 8 finish. Tim McKenna is now 6-1 and a decent day tomorrow will still put him in the Top 8.