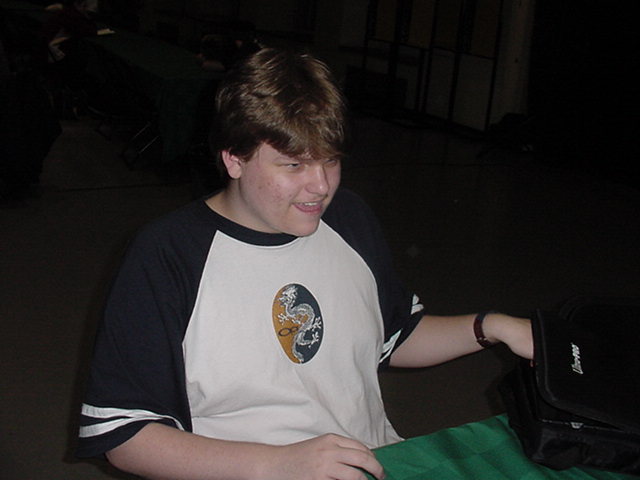 Game one began with a turn one Careful Study by Brain. Huey turned to this reporter and said "Can you note that he played a turn one mulligan." A few turns later an Afflict on Cephalid Scout Huey noted "One more Mulligan for you." A Skull Fracture with a Flashback and Brian was up to 3 mulligans. Huey noting no cards in Brian's hand said "No cards in hand huh? Mulligans will get you every time. Brian a turn later played Cartographer. Huey wanting to keep up the banter said, "To bad you never discarded a land you could have just gotten one of your mulligans back." 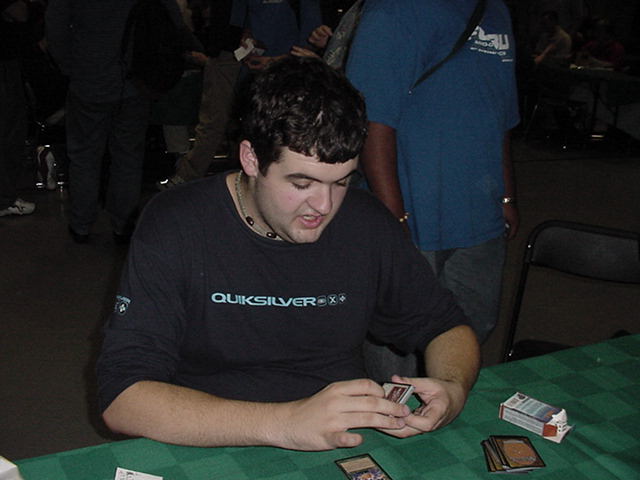 While all Brian seemed to be doing was "muliganing." Huey was busy amassing an army. His Frightcrawler had been picking away from turn 2 but Brian's Rabid Elephant had been doing three a turn for a while. Huey had the answer however he blocked with Gorilla Titan and used a Flame Burst to finish off the elephant. Brian noted, "."There's a mulligan for you." Huey responded, "Well then I'm only up 4 million cards now." Huey seemed to have complete control over them game but consecutive draw phases of Treetop Sentinel and a Thermal Blast for Huey's Repentant Vampire put Huey in desperate need of a top deck. Huey's deck didn't come through for him and it was time for the sideboard.

Huey did major sideboard before game 2 taking out green opting for more controlish white cards and some flyers. 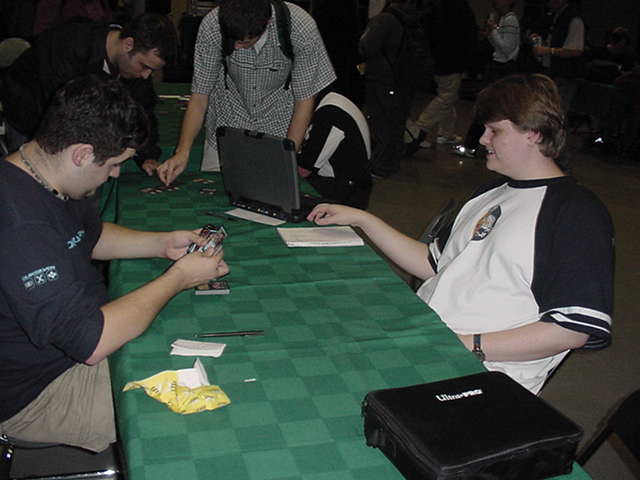 Huey's white cards seemed to come through for him in the second game. He off started very good with a Soulcatcher and Angelic Wall to keep off the beats. Brian responded with some Firebolt and Thermal Blast to Clear the path for all his beaters. Huey's good start with his white cards seemed good but he kept laying plains and never cast another spell after turn 5. Brian had the answers this game but wasn't really tested as Huey had no game after turn 5.