The tournament has not gone very well for both these players and their 6-3 records. Gab has drafted R-B with many efficient removal like creatures. Huey has a B-U deck with many staple creatures like looters and imps with solid removal to back them up. Jensen has already won a limited Grand Prix and has been traveling to many Grand Prixs recently including London and Santiago in the recent IBC season. Gab is a local Canadian and a consistent GP and PT finisher. 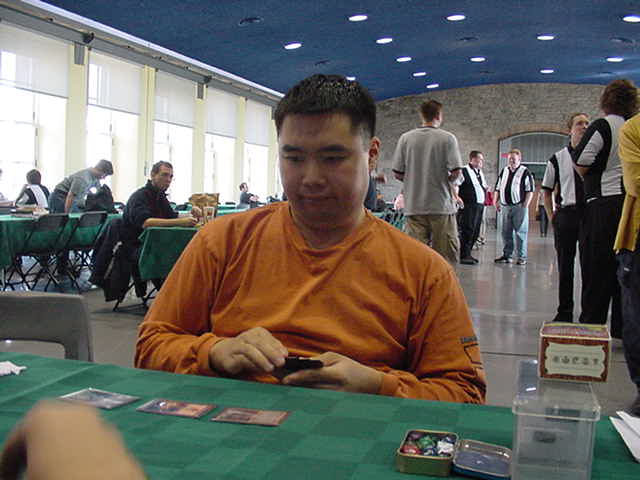 Gab keeps his hand and leads with a. Huey leads with a Crypt Creeper. Gab plays a Fledgling Imp, which Huey attacks into. They creatures trade and Huey plays a Looter. Gab once again answers with Painbringer. Huey loots in his main phase and plays a second Looter. The Painbringer kills the new looter and a Barbarian Lunatic is summoned. Huey played a Sadistic Hypnotist and emptied Gab's Hand. Gab attacked with the Lunatic and Painbringer and passed the turn. Huey had nothing and was attacked once again. A Dreamwinder was killed by the Painbringer and Huey still had no blockers. Once a Chainflinger and Filthy Cur joined Gab's side the game was over. 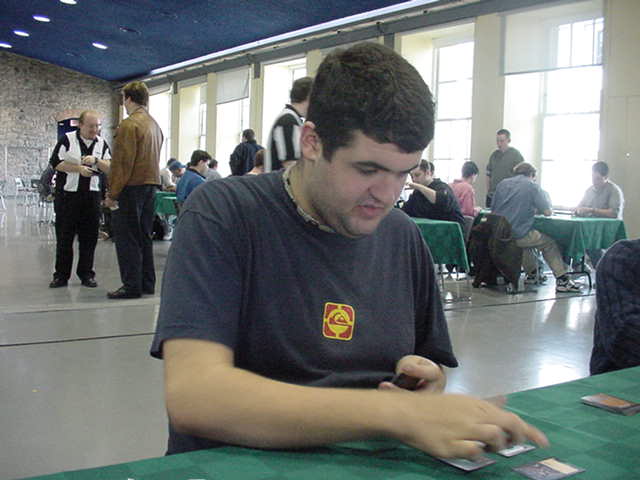 Huey boarded in a Whispering Shade, Gravestorm, and Innocent Blood for Skeletal Scrying, Sadistic Hypnotist, and Cephalid Scout. Huey is playing first this game and both players keep their hands. Huey plays a Filthy Cur on turn two which is met by a Crypt Creeper from Gab. They creatures trade and neither player has a three drop. Huey plays Concentrate on his fourth turn, which is a huge advantage. Both players then play a Dirty Wererat. Gab then plays one of his two Painbringers on turn 5. Huey plays Gravestorm, a huge card in the matchup given how many threshold cards there are in Gab's deck. Huey Morbid Hungers a Whispering Shade and seems to have strong board control with the Gravestorm's potentially devastating lategame effect. Huey locked up the board with a Dreamwinder and Gab's deck can't do much to get through at this point. Gab was unable to use his Painbringer or ever achieve threshold for his Infected Vermin and Dirty Wererat. 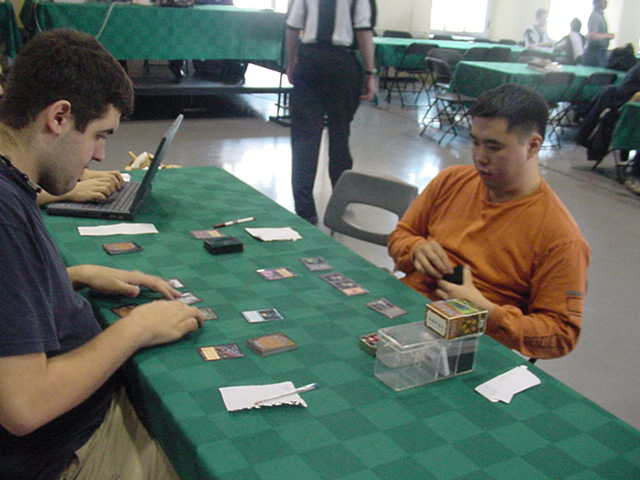 Gab plays first but Huey plays a Filthy Cur as the first creature. Gab has a Barbarian Lunatic which Huey Afflicts. Huey's hand is very strong this game with a Patriarch's Desire, Diabolic Tutor, Cephalid Looter, as well as other strong cards. Gab has a Painbringer on turn 5 again this game but Huey Desires it before it can have an impact on the game. The second Painbringer Gab plays the next turn may very well have a great effect on the game if Huey doesn't find an answer soon. Huey has a good amount of tempo advantage on the game but with multiple 1 and 2 toughness creatures it doesn't take long for one Painbringer to swing the tempo of the game. The Painbringer only kills one creature before Huey Morbid Hungers it but Gave has a Whispering Shade that if Huey can't deal with will kill him in two turns. Huey cast Diabolic Tutor after the first swing to see if there is anything he can draw to deal with the shade. He choses a Scrivener to bring back his Afflict and clear the board. The shade comes over for 5 but Huey couldn't deal with it on his next turn and conceded.