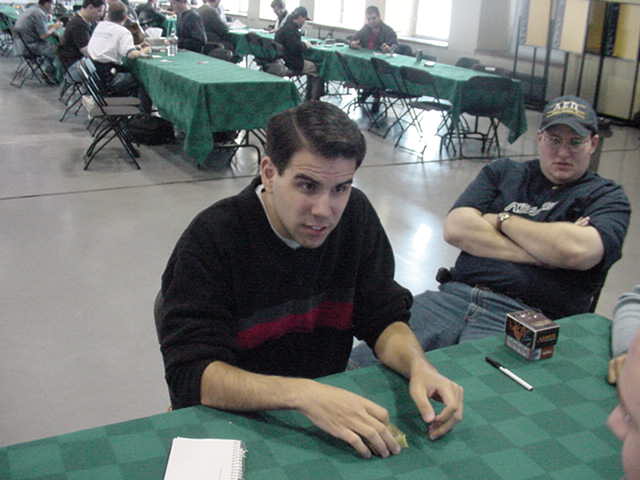 Peter Szigeti has busted on to the scene recently and a lot of people are not happy about it. Szigeti's outlandish and pompous personality angers many internet personalities. Peter's willingness to give savage beats to anyone has not earned him many friends but it has earned him his fame.

Ziegler is a quiet player from the Northeast. A stark contrast to the loud and obnoxious Szigeti. Ziegler was the Neutral Ground representative in the last Neutral Ground v Your Move Games Grudge Matches. He also recently finished 6th at PT New York with Team Slay, Pillage, Massacre. 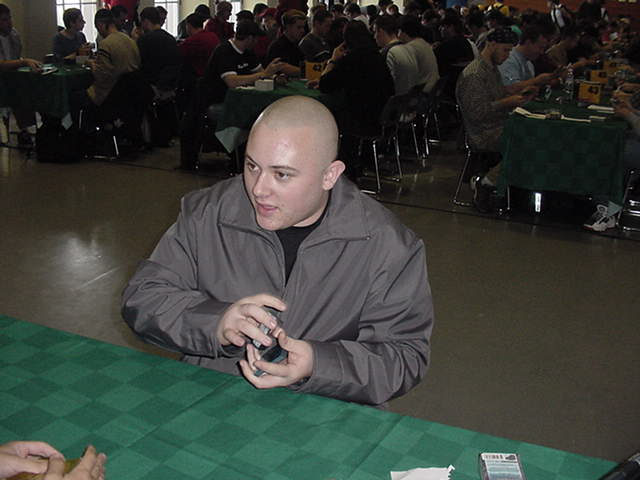 Both players started with a speedy pace. Seconds after the round started the players has already proceeded to the third turn where Szigeti's Foil Finkel(Shadowmage Infiltrator) was being Syncopated by Ziegler. Afterwards a quick Dreamweaver and Aven Windreader began to smash Szigeti. This quieted the usually loud and pompous Szigeti. Szigeti scooped a couple turns later.

Game two started with Ziegler putting on the early beats with Mystic Visionary and a Phantom Whelp. But as soon as Szigeti found some land with Words of Wisdom he made a Finkel. The early few damage now matter little to Szigeti's shinny card drawer. A few turns later Ziegler drew a second Firebolt and was able to kill the Infiltrator but the damage was already done. Ziegler was not down and out however the two Firebolts were still sitting in his graveyard ready to go at more of Szigeti's creatures. Unfortunately for the New Englander Szigeti had a Divert for the one of the Firebolts and this swung the game highly in the favor of the Californian. Next turn Szigeti made things even worse for Ziegler with a Liquid Fire on his only flier. Szigeti added a Pulsating Illusion his army on his next turn and it was all over. Ziegler played cool to the end however hoping for a mistake. Szigeti did remember to attack and it was on to game 3. 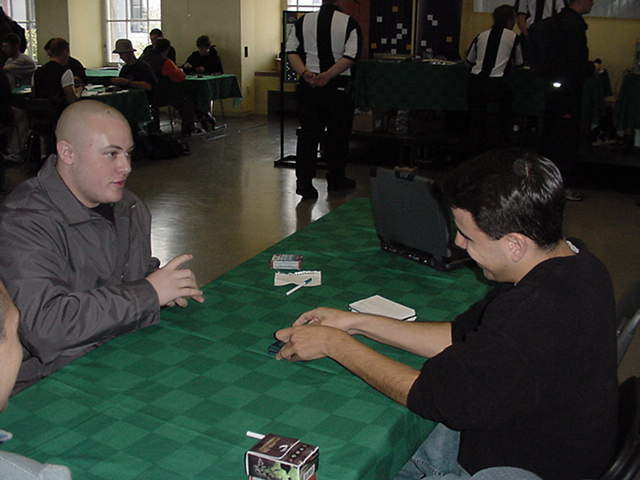 Finkel wins a lot of games. And Shadowmage Infiltrator is no different. For the third game in a row Szigeti had a very early Infiltrator and without red mana Ziegler had no answer. When you draw twice as many cards as your opponent it is really hard not to find a way to win. Ziegler never really had a chance this game and was chump blocking massive fliers very quickly.

"Shadowmage Infiltrator is like a Overrun that you can play on turn 3. You never lose if it resolves." proclaimed Peter.