John Lagges playing No-Mar is the veteran of these two players, having been to two Pro-Tours. Nicholas Vacek, at 8-1-2 and also playing No-Mar, is already qualified for New Orleans though he has never before visited the Tour. 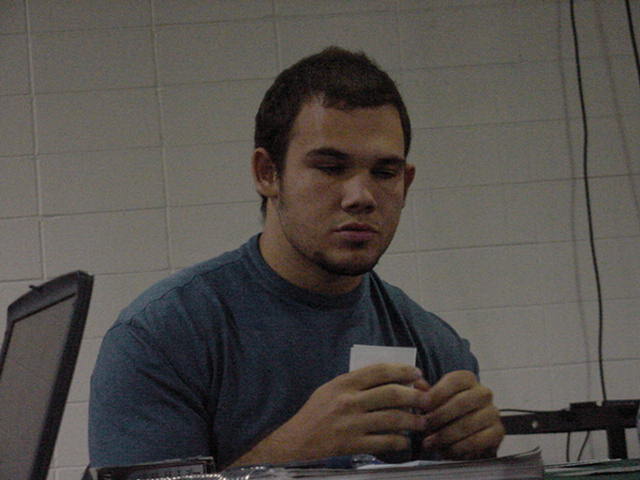 This game started out with three Gerrard's Verdicts, two being from John and one from Nicholas. After the fourth turn, the only creature on the table was a Phyrexian Rager as none of the popularly main-decked Dodecapods cared to visit. Nicholas continued with a Lobotomy on John's Yawgmoth's Agenda, but John answer right back with a third Verdict off the top to empty Nicholas' hand. Not to be outdone, Nicholas resourcefully peeled his own Verdict to empty John's hand, but a Fact or Fiction from John made sure that he kept some cards. This obviously was not satisfactory for Nicholas as he peeled his third Verdict and tried once more.

From the time of the Lobotomy, John had a Phyrexian Rager beating down on Nicholas, adding another Rager and a Spectral Lynx to his team along the way. By the time Nicholas was done casting his discard, he could only look at his own discard Routs in his graveyard. Seeing no real way to deal with John's creatures, Nicholas conceded the game at two life. 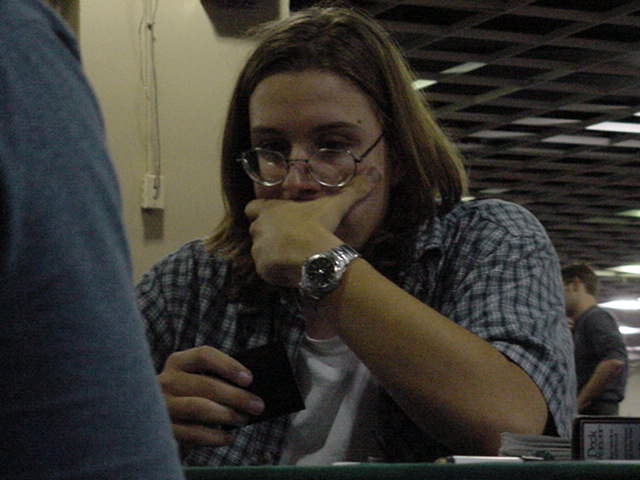 Nicholas led off in this game and started with a paris mulligan. Luckily for him, his opponent started off with two. John missed his first land drop, but topped three in a row afterwards. Nicholas took just as long to find his fourth mana, and his first white source, to cast Vindicate on John's only black mana source, a swamp.

At this point, neither player had significant mana problems even though John had yet to eclipse three mana sources. Nicholas played his own Lynx and cast a Dromar's Charm removing John's Lynx in order to start applying pressure. John tapped down to Hobble Nicholas' Lynx, giving him the opportunity to kick up a Desolation Angel. Three turns and three topdecked lands later, John Vindicated the Angel, and began jumping far ahead after resolving a Fact or Fiction yielding a Swamp, Dromar's Charm, and Emblazoned Golem. 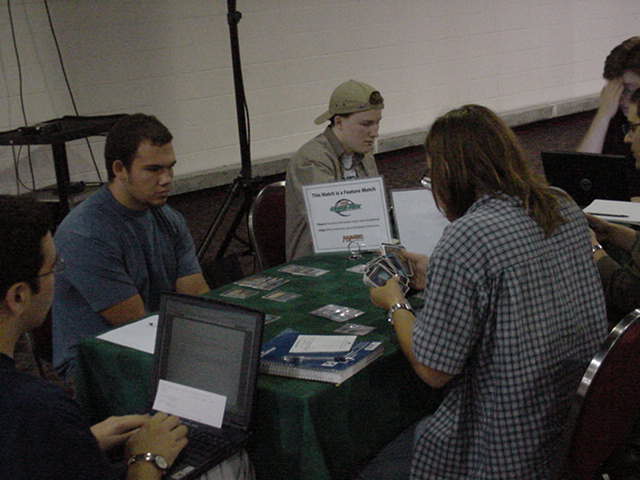 John had successfully turned the tide back in his favor, but his newly summoned Phyrexian Rager was unable to bust through Nicholas' Hobbled Spectral Lynx. Finally, John decided to ram his Rager into the Lynx drawing Nicholas out of counter-mana after he tapped down to two to regenerate his Lynx. Jumping on the opportunity, John cast a triple-kicked Emblazoned Golem, but Nicholas was ready with a Vindicate. Unfortunately for Nicholas, John took advantage of his tapped-out opponent to drop the second Desolation Angel of the match and finished Nicholas off in short order.