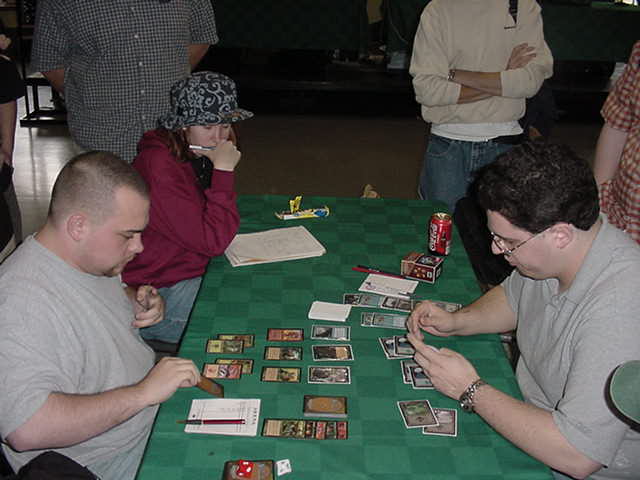 Michael Turian wins the die roll and chooses to play. Please remember from the draft coverage, Michael has a Blue-Black deck with Aboshan, Cephalid Emperor and three Psychatogs. Goochie (no one calls him Walter) drafted a Green-Red deck with a bunch of burn and fat green creatures.

Goochie comes out with a Wild Mongrel and Turian answers with one of his many Psychatogs. After casting Rabid Elephant, Werebear, and Springing Tiger, Turian gets in a discard fight with his Psychatog against the Wild Mongrel. After discarding two cards each, Turian casts Skeletal Scrying for Four, putting himself at 8. Then Mike continues to discard for Psychatog, eventually winning the discard war after five cards and removing cards from his graveyard. 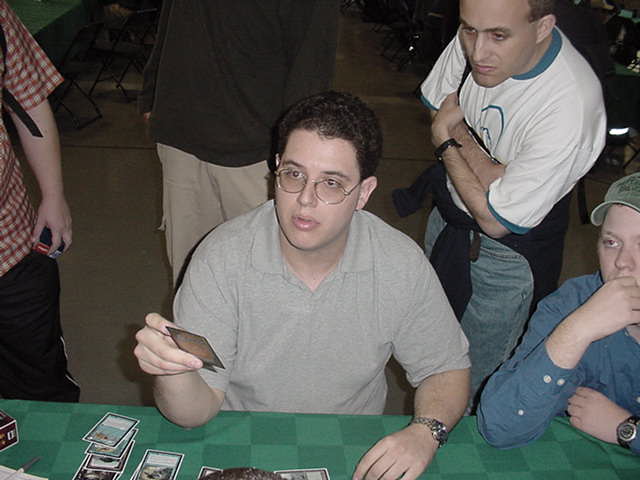 Goochie keeps checking Mike's life total. There's a Scorching Missile in Goochie's hand and he's just drawn into a Liquid Fire. Goochie calls a judge over for a ruling and leaves the table. Another judge, Cyril Grillon, comes over to watch the board.

"How many cards do I have in my hand?" He asks.
"None," says Turian.
Cyril looks again at the board, sees Turian's two Psychatogs and Emperor, and at his own side of the board, and then says, "I scoop."

The spectators giggle a little and Goochie returns. Goochie casts Liquid Fire on Turian's Emperor, but Turian responds by Repelling it to the top of his library. The spell counters itself because the target was removed, and Goochie's last hope to burn Mike out is lost. 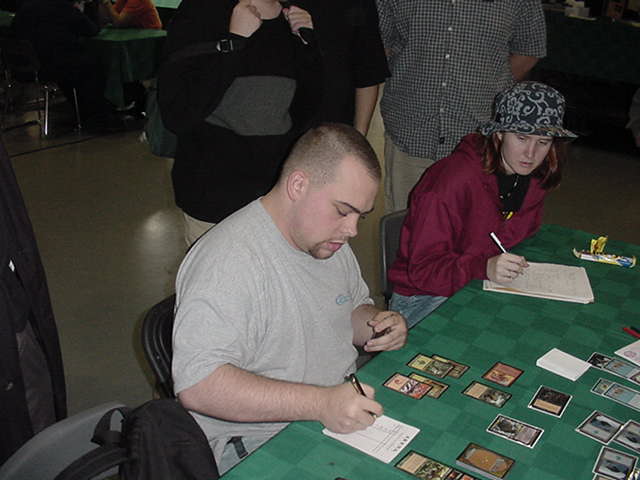 Goochie finally draws a Forest and casts Rabid Elephant, but is unfortunately behind in the race. Turian ends up beating him down with an overabundance of fliers and Psychatogs.