You might, or might not, remember Guillerme Svaldi's name. He was the player who on Grand Prix Curitiba with a Green-White deck in the last Extended season. If you can't remember it maybe it's because it was on the same day Alan Comer unleashed Gro into the unsuspecting world.

Sergio Longo is one the top players, and certainly one of the most entertaining, in Brazil. 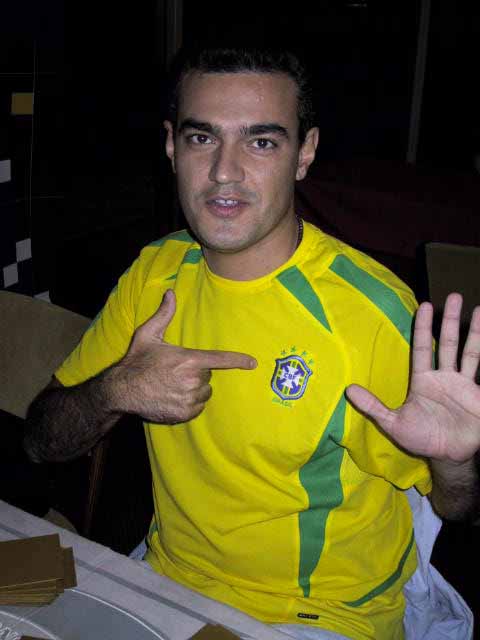 Sergio Longo is a true Brazilian!Svaldi had to take a mulligan but still played a second turn Merfolk Looter. Meanwhile Longo dropped three Birds and Sylvan Safekeeper. When Guillerme tapped out to play Squirrel Nest Sergio took the chance to play Beast Attack.

Guillerme had his own token spells: he played Call of the Herd. The Attack got flashbacked and Longo played Braids. Svaldi dropped Flametongue Kavu but Olle Rade saved the creature.

On the next swing the Kavu traded with the Beast and Guillerme played another one. Again the spirit of Olle Rade came to the rescue, saving the Beast token. Again they traded on the next attack.

Since Braids was facing Squirrel Nest Sergio needed to find some sort of solution and he needed it fast. This game of attrition was clearly benefiting Guillerme Svaldi.

Eventually Svaldi's Looter provided some key cards: he got a second Nest and the Opposition to go along with it. The game dragged on for a few turns with Sergio Longo trying very hard to escape from the Opposition-led lock.

His situation improved a bit when he found his own Squirrel Nest but it was too little and way too late. 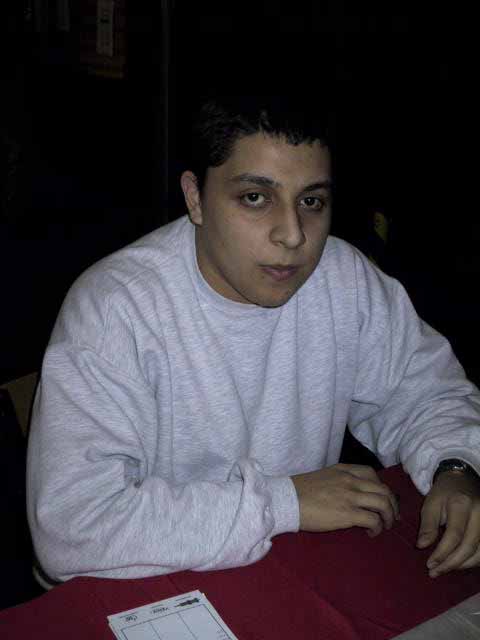 Svaldi is looking for his second Grand Prix win.With twenty minutes in the clock they kicked off the second game. On turn three Svaldi brought about the first hint of trouble: Opposition. Things got worse when Longo's next draw fail to give him his third mana source or a playable spell.

Shaking his head Longo passed the turn. It was now a race: could Svaldi find creatures to lock up Longo before Sergio could find mana to unleash his hand. Guillerme found two Arrogant Wurms as Sergio discarded Beast Attack after Beast Attack.

Finally Long found his third land and used it to cast Birds. Any hopes of recovery were quick shaterred by a Flametongue Kavu. Not could the Kavu kill the Birds but it could also tap out Longo for the final strike.

With a smile and congratulations Sergio extended his hand.