When Paul Rietzl came to Paris, he came to game. Game he did. On Thursday, he played 8 rounds at the Pro Tour, going 6-1-1. On Friday, he secured his Top 8 position, going 6-2. Knowing that he was in the Top 8, he could have had a little rest on Saturday, in preparation for a hectic Top 8. Instead he enrolled in the GP, where after his three byes, he posted a 6-1 record.

This led to what might be the most ridiculous Sunday of play that has ever occurred at the Pro Tour. Rietzl was at the venue at 8 a.m., to draft in the GP. He built his deck, then scurried to the Pro Tour area to play his quarterfinals. In his quick 3-0 against Patrick Chapin, he did take a match loss in the Grand Prix. With the first draft deck he then went 1-1, and drafted a second time. He notched up one more win before he came to the semifinals. This he played with a Grand Prix match between games, then yet another Grand Prix match after he had won the semis. To cap it all off, there was the Pro Tour final against Ben Stark. 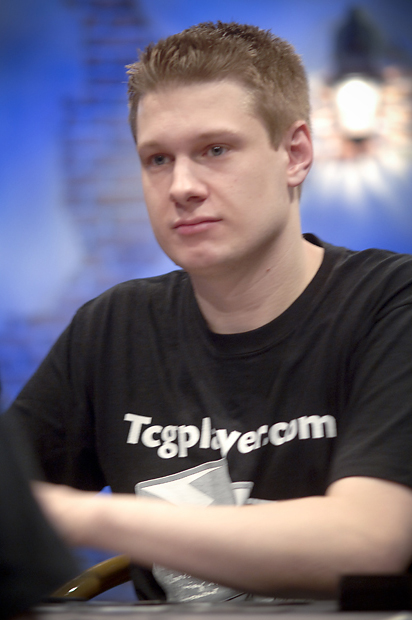 Rietzl had played in the Grand Prix partly due to concerns that his match-up against Patrick Chapin in the quarterfinals of the Pro Tour was so bad. As it turns out, Rietzl's matchup against everything all weekend has proven pretty impressively good. Were it not for some unfortunate draws in the finals, he could easily have walked away with his second Pro Tour trophy in six months.

In total in all this time, ignoring byes and his match loss for being busy with a Pro Tour match, Paul posted a record of 24-6-1 on the weekend. That is a 77% win percentage on 31 rounds of play in four days. When I spoke to him after receiving his trophy, he seemed tired, a little bemused, but happy. The loss in the finals still stung a little, but he was still chipper about filling in forms to handle the money he would receive for finishing 24th in the Grand Prix.

"Flying home, I'll be happy. I came to play and I don't think anyone has played more Magic than me this weekend."