o words can sum it up better than this simple sentence from No. 13 Ranked Player Josh Utter-Leyton.

The reigning Player of the Year has had a bit of a slow first half of this season, sitting 35 points behind the 2013-14 leader and No. 1 Ranked Player Jeremy Dezani.

"Yeah, we had two horrible Pro Tours in a row," Utter-Leyton admitted, referring to the combined efforts of Team ChannelFireball. "We felt really good going into the events, so it was frustrating for things to end up like they did." 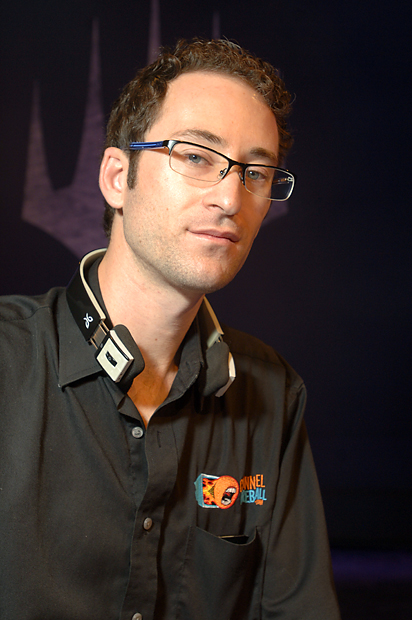 No. 13 Ranked Player Josh Utter-Leyton put up an incredible showing yesterday, hoping to turn around what has been a rough season for him and his team.

Things appear to have turned a corner for Utter-Leyton and the team as a whole, however. After the final round of play yesterday, almost every member of the team was through to Day Two, something that had very much not been the case at either Pro Tours Theros or Born of the Gods. But Utter-Leyton admitted that it wasn't like things were any different coming into this event.

"To be honest, we prepared just like we usually do," he said. "There wasn't anything particularly different about how we approached things. We tested for the same amount of time, worked just as hard..."

He did go on to mention that he thought they had a very good deck for the tournament. Credited as being one of the primary deck-builders for ChannelFireball, Utter-Leyton gave some good insight into what makes the Theros Block Constructed format tick in an interview yesterday. Based on the results of him and his team, it appears that his estimations on the format were more or less spot on. After going 3-0 in the draft, he took Sylvan Caryatid, Courser of Kruphix, and Hero's Downfall to a perfect 5-0 record, making him one of the two undefeated players in the tournament. But just because he's undefeated doesn't mean that he's able to coast into the Top 8.

"If anything, there's more pressure added," he said with a shake of the head. "If you end up 6-2, you don't go into the next day with too many expectations placed upon you. If you make it, fantastic. If not, you weren't expecting to anyway. If you're 8-0 though, you're expected to Top 8. Things can only go down from there."

The other undefeated player of Day One, Hall of Famer Patrick Chapin, also understands the fragility of his situation.

"I had to get lucky to make it to this point, in all honesty," he told me. "I think I only had to mulligan three or four times on the day, while my opponents were closer to a dozen. I had multiple matches, including one against Paul Rietzl, where I got into a top-deck war and just outdrew my opponents. I definitely made a few mistakes over the course of the day. They really stand out in my mind."

Even the best players in the world are capable of mistakes, and making it to a perfect 8-0 doesn't necessarily mean that a player played mistake-free Magic. There is a lot of luck involved in the path to a Top 8, and Chapin is not one to ignore the fact that sometimes, luck is just on your side. That said, hard work is also a crucial element to success, and Chapin is historically known as nothing if not an incredibly hard worker.

"The bulk of our team gets together to test during the week before the Pro Tour," his explanation began. "There are a few of us, though, the really hardcore ones, that come two full weeks before to prepare. Huey, Reid, Owen, Sam Black... they're the really hardcore guys. I love going out and just hitting the format hard with them. The two weeks before a Pro Tour, they're like my vacation. It's so stimulating, so much fun...I absolutely love them. Testing with those guys really makes you better, too. I consistently do miserably in our practice drafts before the tournament. In Dublin, I actually went 1-11. But when I got to the Pro Tour, I went 5-1. By the time I started playing, it seemed like child's play. The only place in the world where drafts are as hard as they are at our house is at the other ChannelFireball house."

And he needs things to be hard in practice. He wants things to be child's play at the Pro Tour. For him, there is only one goal in sight.

"It's all about the win," he said with a deadly serious look in his eyes. "There is nothing else. All I care about is making it to the World Championship. I've never won a Grand Prix or a Pro Tour, so the win would certainly be nice, but my eyes are on the Championship. It's the top-level competition that drives me." 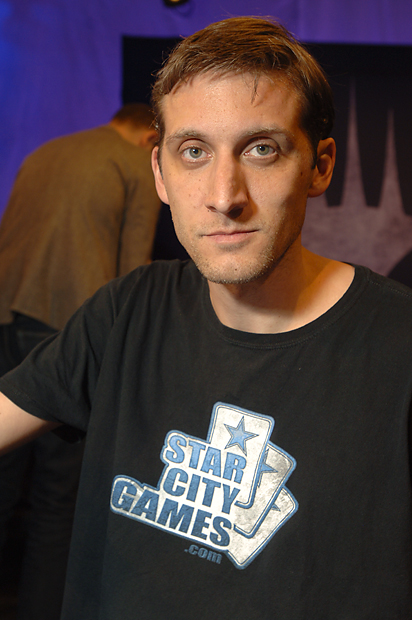 While Hall of Famer Patrick Chapin is happy about his undefeated Day One finish, his journey isn't complete yet. He has a slot at the World Championship on his mind, and he's hoping to earn one this weekend.

That top-level competition is not only something that drives Chapin to succeed, it's one of the major reasons that he has been so successful. He already explained how the Pantheon house really steps his game up to a new level. In addition to that, having a constant supply of top-flight talent to test with has helped push him to develop new skills and keep on top of the game. A master of re-branding and reinventing himself, Chapin has had a long and storied career that has spanned decades, formats, and specialties.

And he, like Josh Utter-Leyton, sits at 8-0, perfectly poised to make a run at another Pro Tour Top 8, a potential seat at the World Championship, and a chance to play with the best, something Utter-Leyton and Chapin have clearly proven that they themselves are.