By Kelly Digges, with photos by Craig Gibson

ast night, after the Top 8 had been decided, the giant play mat in the middle of the Pro Tour–Yokohama tournament venue played host to a different kind of big event. The Colossal Game, an exhibition match using three-foot-tall cards, appeared in Japan for the first time. On one side of the gigantic Red Zone was ubiquitous Pro Tour veteran and commentator (and Wizards of the Coast VP of Digital Games) Randy Buehler; on the other, reigning World Champion Makihito Mihara of Japan. Buehler was assisted by New Zealand's Carter Digby, while Mihara paired with a Japanese player whose name the coverage staff didn't catch. 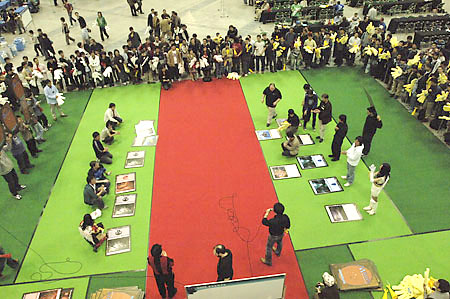 Did we mention it was big?

The decks were designed by R&D member Alan Comer, with input from Japan Organized Play Manager Ron Foster, to be Planar Chaos-style timeshifts of one another. One was red-black, the other white-blue, with each card—some in Japanese, some in English—chosen to have a counterpart in the other deck.

1 Magus of the Arena 1 Enslave 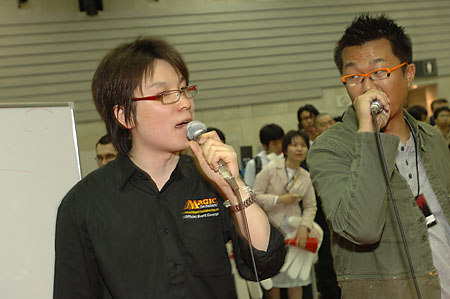 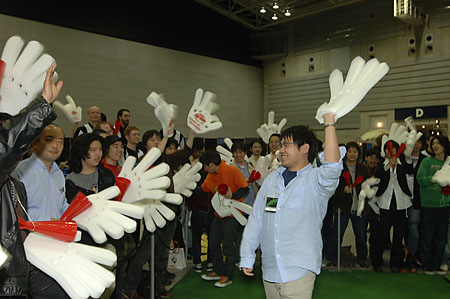 Each player was assisted by volunteers from the audience, each one taking responsibility for one card. 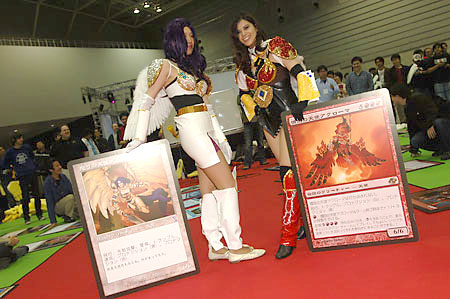 Serendipity doesn't begin to describe it—two Japanese fans dressed up as the Akromas happened to arrive just in time to help out with an exhibition game featuring the angelic twins. 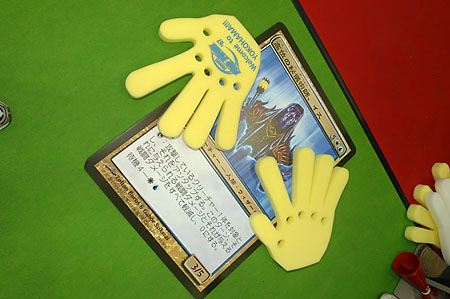 Randy needed suspend counters, and fortunately someone gave him a hand.

The game was a back-and-forth affair in the early turns, with Gossamer Phantasm looking vulnerable to Sorceress Queen only to see the latter fall to Piracy Charm. Ith, High Arcanist dominated for a turn or two, but Blood Knight shut down Randy's offense and stalled things again. 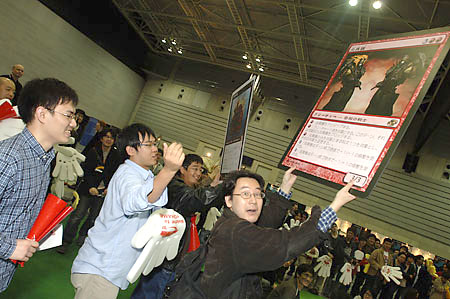 If I were Torchling, I'd be excited, too. 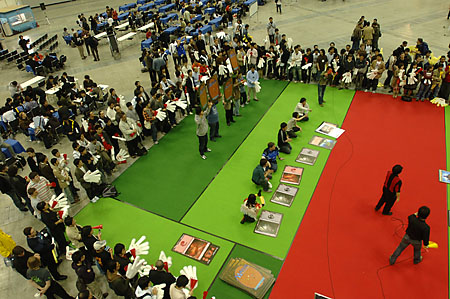 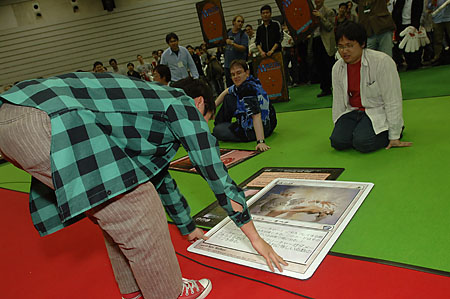 Magic writer Eli Kaplan tends a Mountain, later reporting his relief at not getting sacrificed to Braids, Cabal Minion. 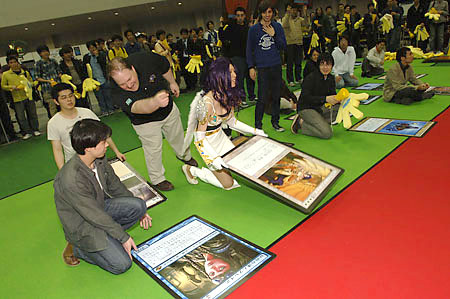 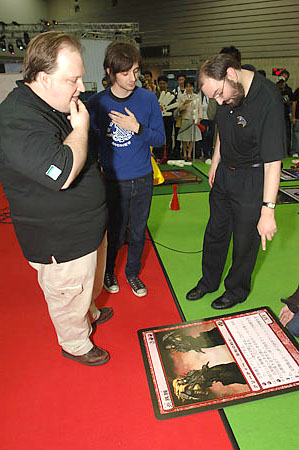 A Japanese Torchling gives Randy and Digby pause, but it's too little, too late. 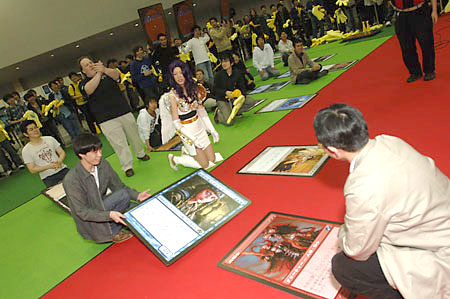 Akroma hits the red zone and seals the deal.

The top of Mihara's deck proved to be Maze of Ith, which would have continued the back-and-forth, but Randy revealed a hand of Persuasion, Counterspell, Wrath of God, and Morphling. Nice draw, Randy. 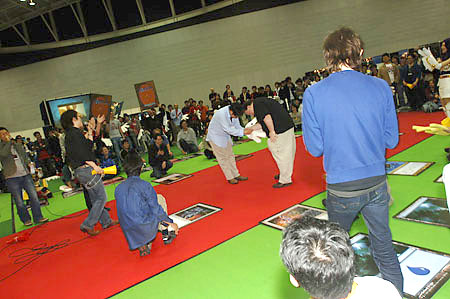 The competitors bow to one another after a match well-played. 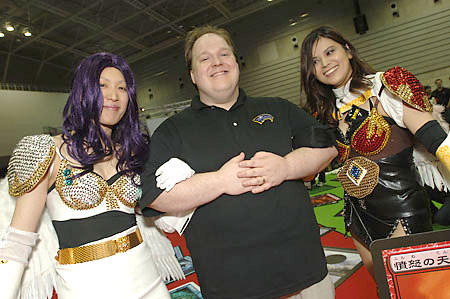 Randy basks in victory… and really, wouldn't you?