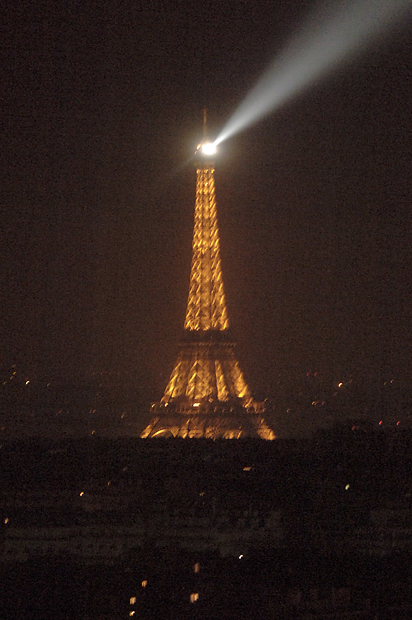 Welcome to Paris, city of lights! They’ve turned on the bat-signal to call the world’s greatest for Magic Weekend Paris. 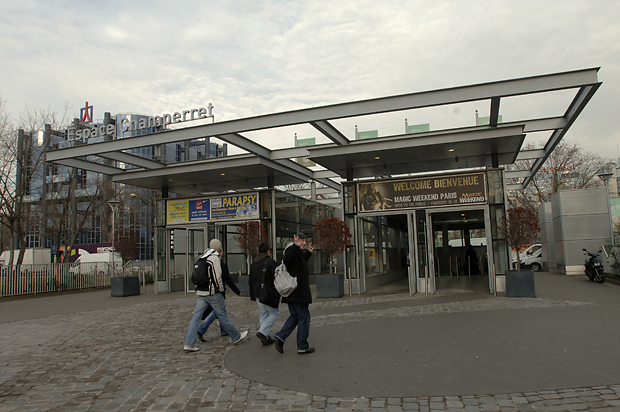 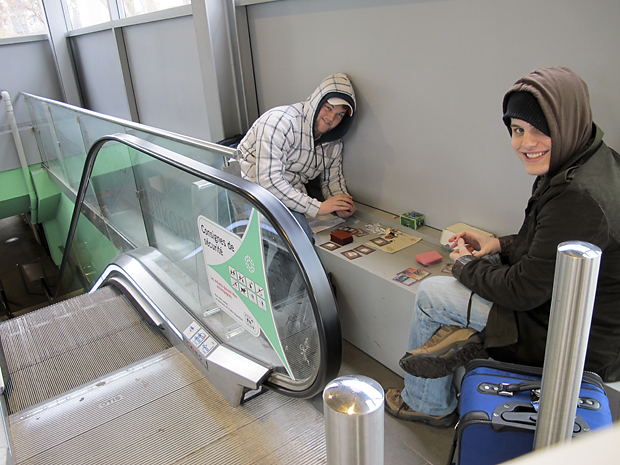 Until the site opens, the players make do as best they can. 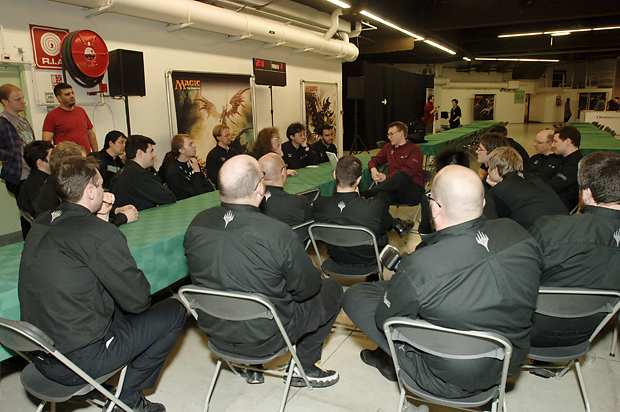 They may look laid back now, but come tournament time, the Judges are all business. 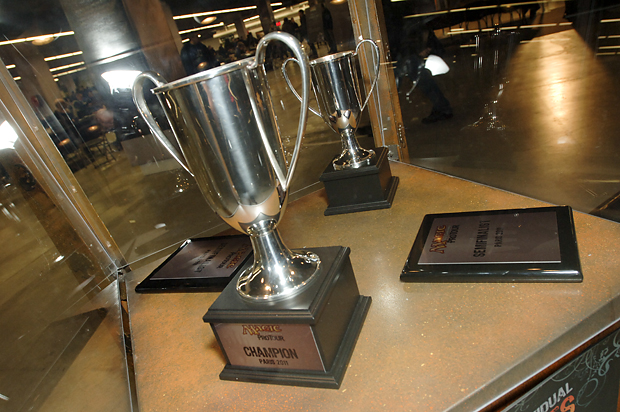 Everything tastes sweeter when drunk from a Champion’s Cup. 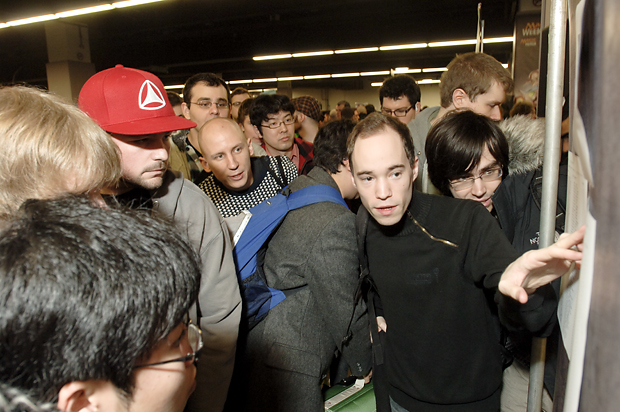 The pairings go up and for a few moments bedlam rules the hall. 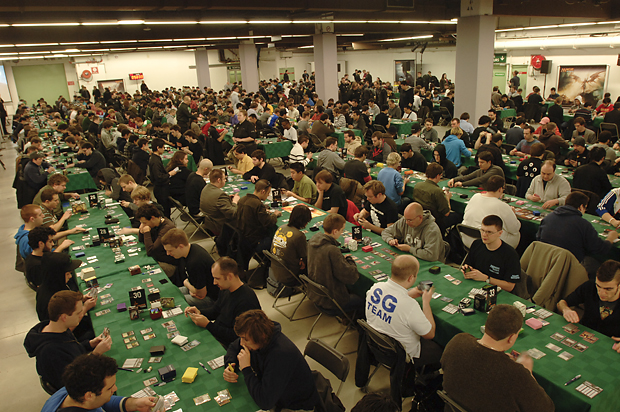 Soon replaced by the orderly business of spell combat. 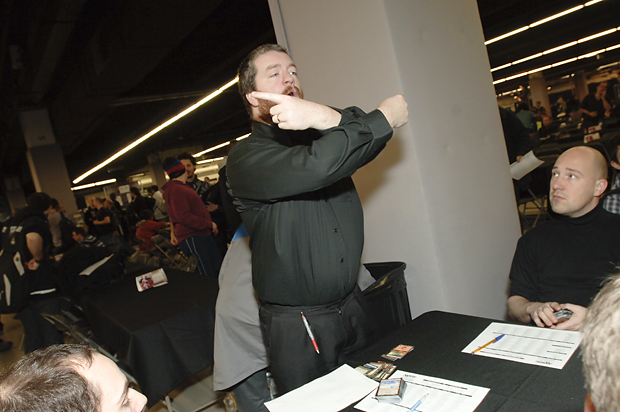 Either impromptu aria or an offsides penalty. 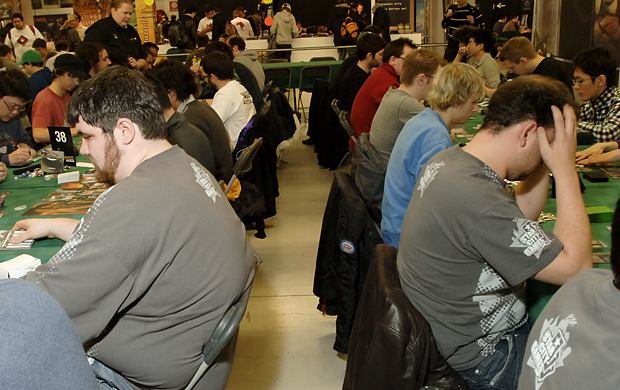 The 2010 Players of the Year. Come Saturday, only one will remain. 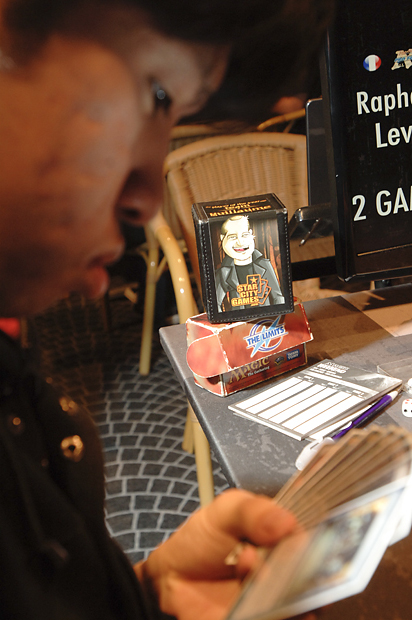 Former Player of the Year Yuuya Watanabe throws his support behind Guillaume Matignon. 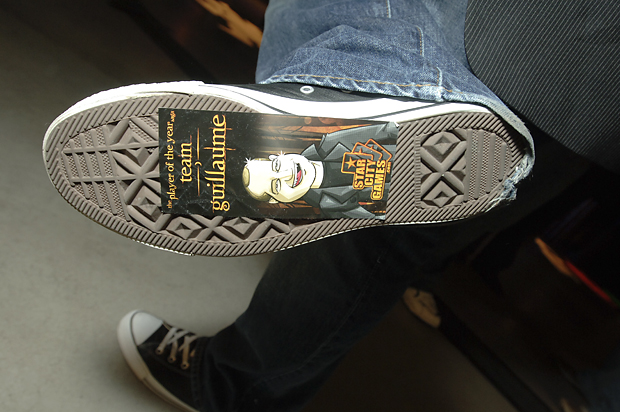 Others are not quite so supportive. 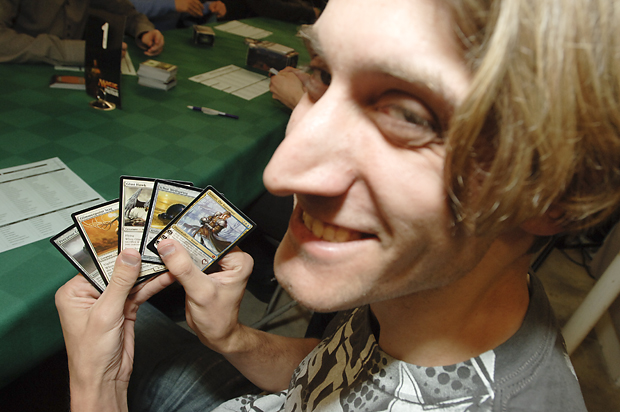 Patrick Chapin shows off just a few of the combos at his disposal. 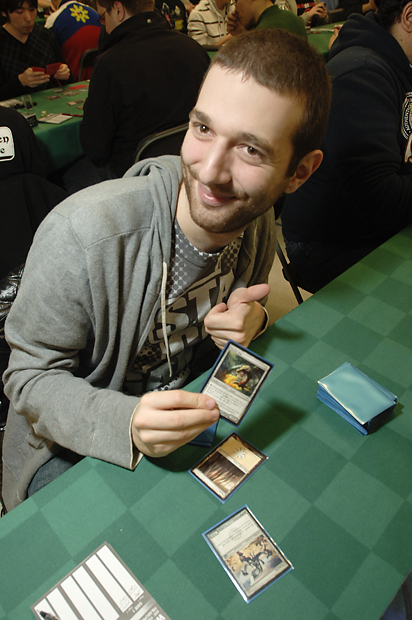 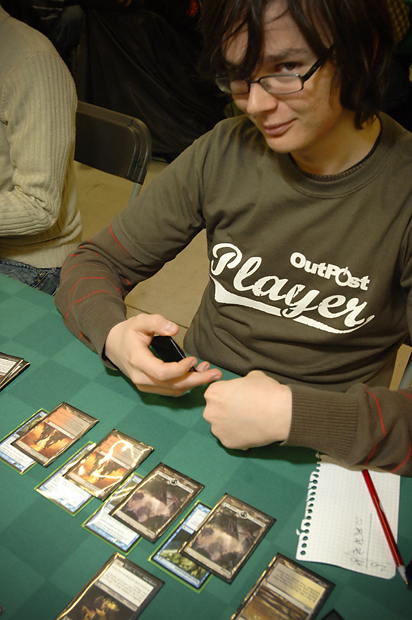 Marijn Lybaert shows his bemusement at some aggressively spreading seas. 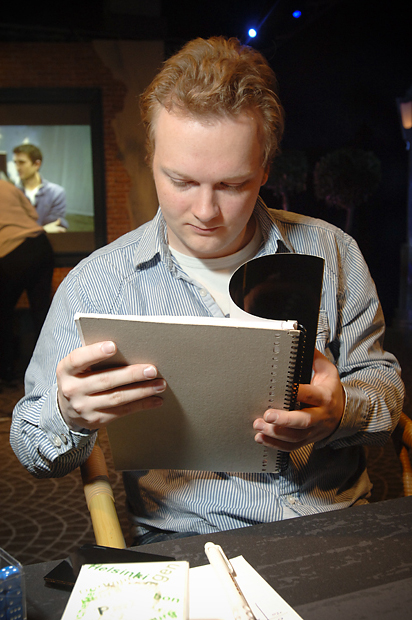 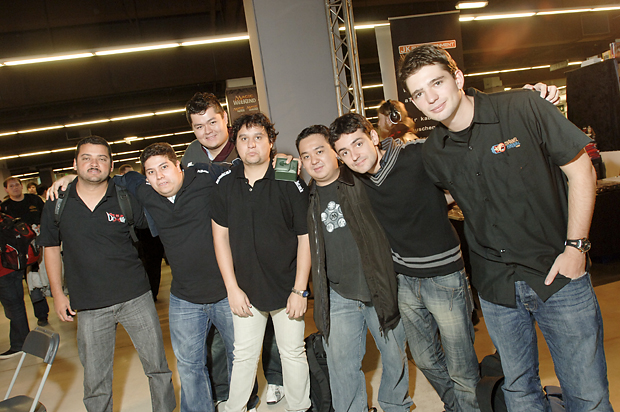 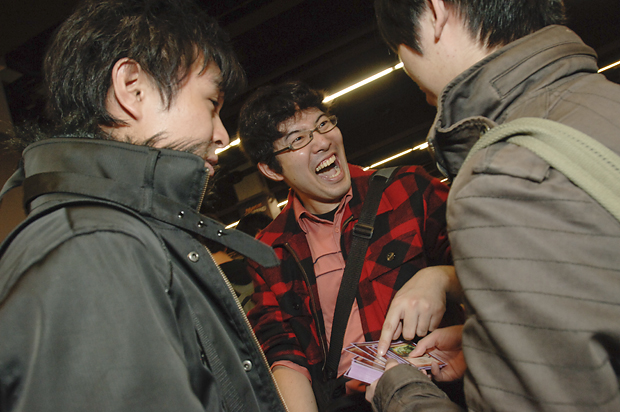 The clear expression of a draft gone right. 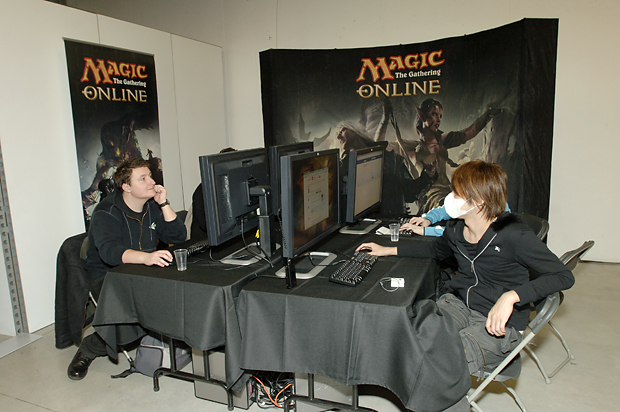 Katsuhiro Mori does his best to keep from catching Magic Online Cooties. 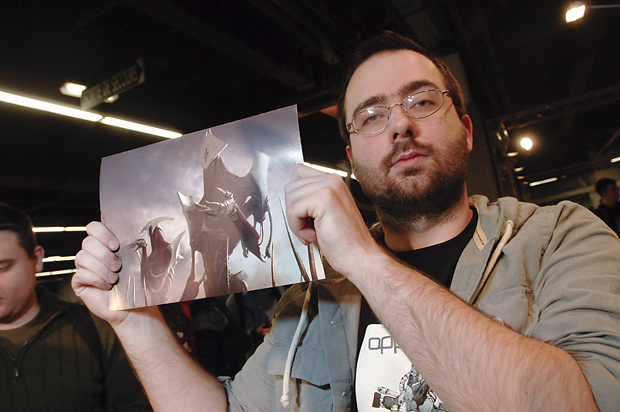 Artist Igor Kieryluk shows off his harrowing illustration for Priests of Norn. 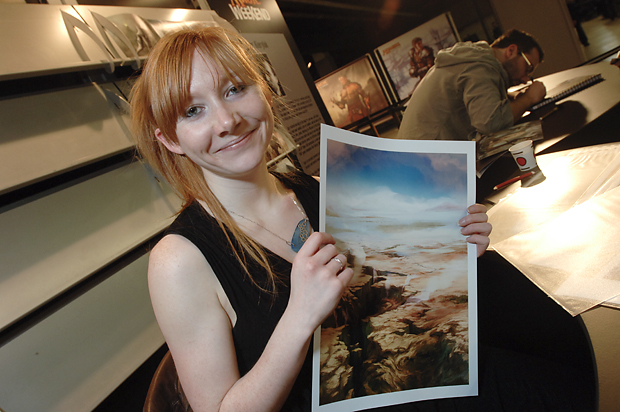 Artist Veronique Meignaud, who brought us the full-frame Zendikar lands. 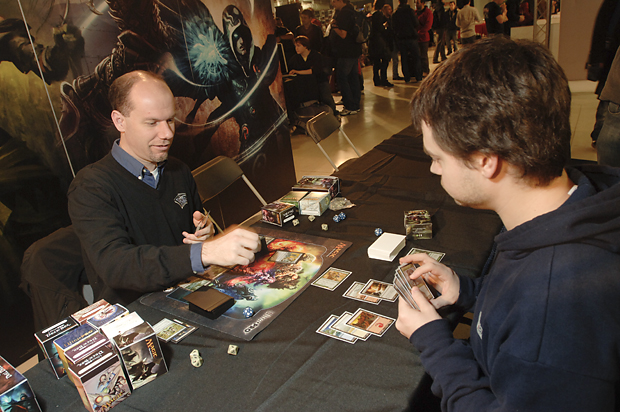 People line up to test their mettle against Hall of Famer and current member of Magic R&D Dave Humpherys. 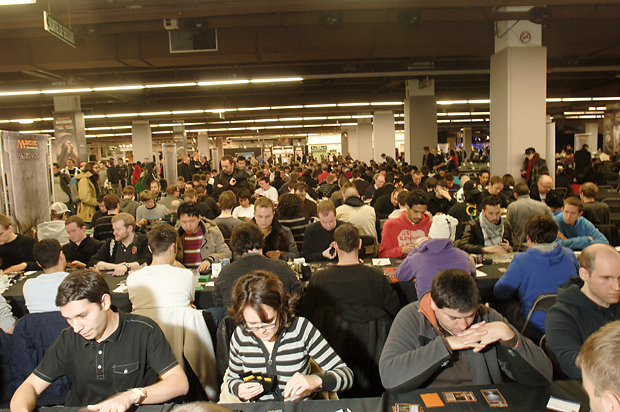 Side events are in full swing, and promise to keep on swinging. 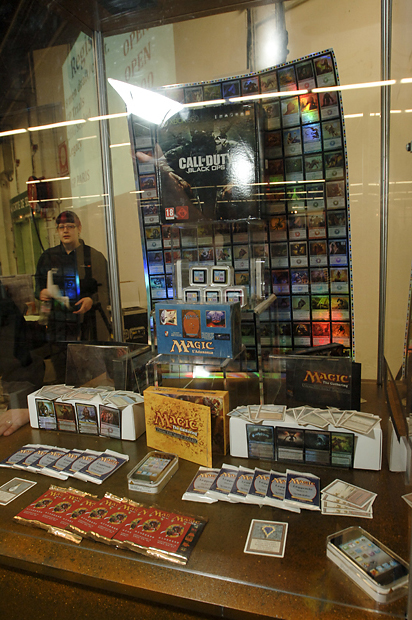 The glittering prizes up for grabs in the many side events. 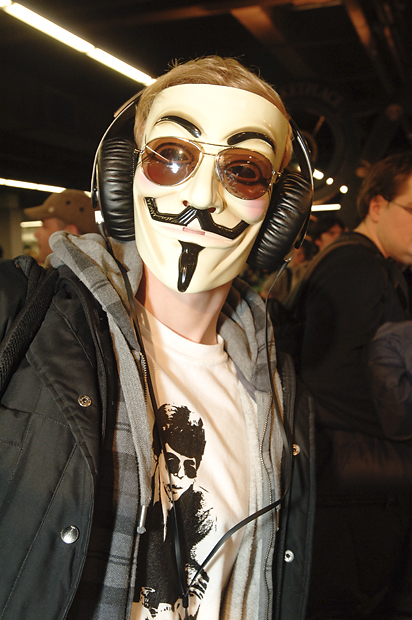 Whatever this person thinks he is accomplishing, he isn’t. 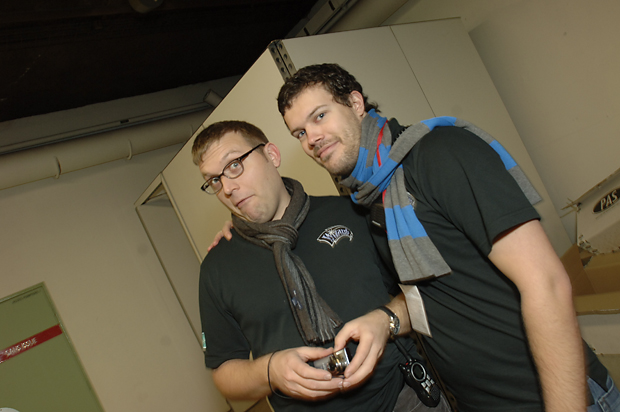 It wouldn’t be Europe without scarves. 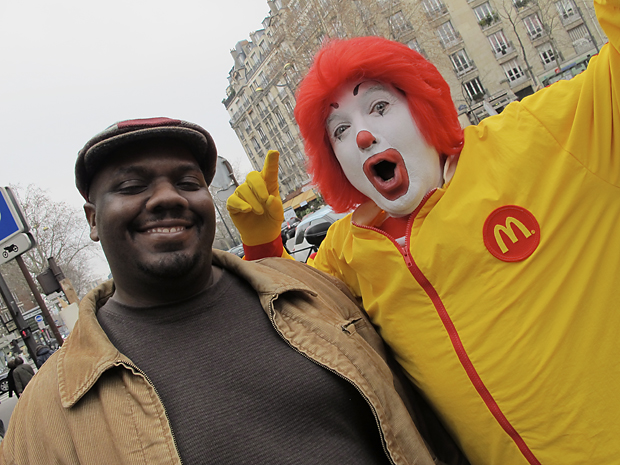 A familiar face is excited to meet Rashad Miller.