Feature: Player of the Year Race Heats Up

the halfway point of this Pro Tour season, as mentioned in the Day One Wrap-Up Video, we're enjoying one of the closest races in the game's history. Two players neck-and-neck at nearly sixty points, and then behind them a logjam at the forty-point mark. And with three Pro Tours to go, it's still very much anyone's game. That's because this year, Wizards is rotating things so that the Pro Tour Year will coincide with the Calendar year, and as a by-product there's one more Pro Tour counting toward end-of-the-year point totals. Between this event, Pro Tour Seattle (teams) and then World Championships in San Francisco, it'll take more than one big performance to take home top honors. 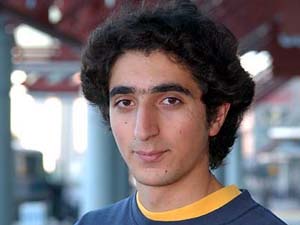 Gabriel Nassif, 59 Points
It's baffling that France's Gabriel Nassif hasn't won a Pro Tour. He's come close often enough. With Nicolas Olivieri and Amiel Tenenbaum as Les Plus Class, he made the finals of Pro Tour - New York 2001. In Venice in 2003 he exited in the Quarters. This season he's been on a tear, with finals appearances at both Houston and Kobe, but on both occasions he was denied the title. Widely considered the best Constructed player in the game right now, Nassif has shown that he's got Limited chops too. He's in good shape right now with 5-1 at the cut to the third draft. With no pure constructed formats left in the season, a big win here would go a long way to giving him the Player of the Year title.

Rickard Osterberg, 59 Points
Norway's Rickard Osterberg first appeared as part of the Scandinavian hit squad "Original Slackers" who surprised the field at Boston when they earned the right to draft on Sunday. He wasn't content to be "that guy who lucked out in teams" and so, armed with "George W. Bosh", the Scandinavian blue-red Tinker deck, he conquered Pro Tour - New Orleans. With that kind of momentum, Osterberg will be hard to stop. He's slightly behind step with a 4-2 record. 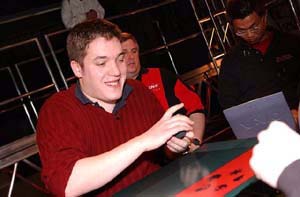 Kai Budde, 45 Points
Oh yes, the same old thing. When Kai won his second consecutive Player of the Year title, it was a monumental achievement. When he won his third, it just felt like certainty. After all, he's the best player in the history of the game. Of course he'll be Player of the Year. Well, if he doesn't step on it, someone else is going to be on that marquee come September. Bear in mind, Budde's 45 points come from a fourth place finish in the teams event and no other Pro Tour Top 8's. He's due for a win. Unfortunately, he'll have to wait, as he's sitting out on Saturday.

Nicolai Herzog, 45 Points
If you win a Pro Tour, chances are you're in the running for Player of the Year. Herzog is no exception to this rule, and recently made some ground with Anton Jonsson and Tuomo Niemenan at Grand Prix - Bochum. Herzog's 5-1 start means he's got a good start at duplicating his win at Pro Tour - Amsterdam. Apparently, Limited is is strength.

Osamu Fujita, 43 Points
Japan's Great Glower, Osamu Fujita has spent most of his career in the shadow of his more successful countrymen. He was one match win away from giving Japan its first Pro Tour title at Amsterdam, but fell to Herzog. However, even when Masashiro Kuroda took that honor at Kobe, it was Fujita who led with Pro Tour Points. His luck was not running strong this weekend, however, and he'll be cheering the likes of Masashi Ooiso and Masahiko Morita from the sidelines tomorrow. 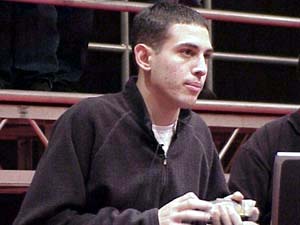 Ben Stark, 41 Points
You might not know Ben Stark by name alone, but chances are you've read Feature Match coverage. Easily recognizable in person by his affected jitters whenever the spotlight is on him, Ben Stark has quietly built himself a reputation for excellence. Already this season he has two Grand Prix Top 4's to his name. Add to that his Top 8 at Kobe and a string of solid Tour performances, and you've got yourself a contender. Stark is currently 5-1 heading into Draft 3.

Michael Turian, 41 Points
"Iron" Mike Turian is probably the happy-go-luckiest of all Magic Players. His Grand Prix win at Columbus, his Top 8 at Amsterdam and his third place at Boston (with Zabuton Nemonaut) have put him in a good position to take home the title, provided he can keep up the pace. The snag is that Turian has decided that it's time for him to move away from his career as a Pro Magic player, and says that this will be his last Pro Tour. It seems inconceivable that Turian would hang up the wand when he could play a few more events and secure himself a fifteen thousand dollar paycheck. Turian sits at 5-1.

Yann Hamon, 40 Points
France's Yann Hamon has only one Pro Tour Top 8 this season. But he hasn't been slacking. He's been tearing up the European Grand Prix Circuit, with two wins and a second place. That kind of consistency has put him within another top finish of taking the title. It won't be this weekend, however, as he's already made his exit. 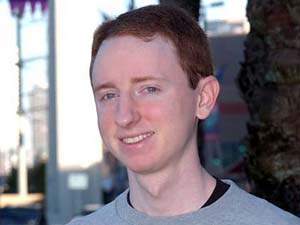 Eugene Harvey, 39 Points
CMU's Eugene Harvey, former US National Champ and all-around nice guy has already tasted two Top 8's this season. Once with Mike Turian and Gary Wise as Zabuton Nemonaut, and a second at New Orleans. Many believe that Harvey is going to put up the next big American finish, in this era when Europe is asserting its dominance and Japan is on the rise. He's got his work cut out for him at 4-2.


Brock Parker, 39 Points
Less interested in the game now, Parker only put effort into the Teams competition at Boston when he was able to work with longtime friends William Jensen and Matt Linde. Together they won the whole shebang, and those points are most of Parker's wealth. Parker failed to make the cut for the third draft.

For those interested, here's what the payouts are. Note the abundance of zeros.