By Brian David-Marshall and Craig Gibson

DraftingColdsnap is nothing like drafting any set that has gone before it. Although it is the third set closing out the Ice Age block (and thankfully obsolescing Homelands in the process) it is essentially a stand-alone set; a small stand-alone at that. The set was designed to exploit the small number of cards, with mechanics like Ripple that reward you for having maximum redundancy in your deck. 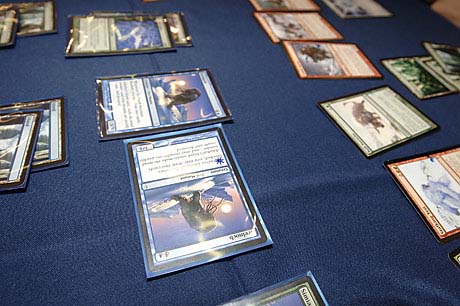 Not all redundant cards are created equal, though. A pair of Drelnoch does little to inspire fear in a foe. 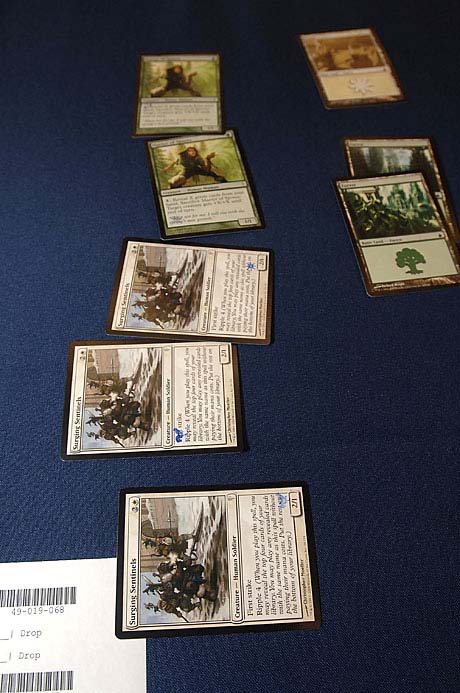 The first card everyone seems to gravitate toward is Surging Sentinels. Often this card will not work out because multiple players in a row have first-picked one. 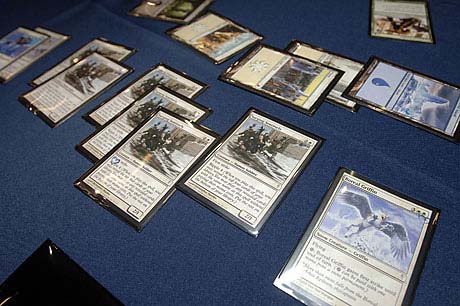 As a Magic player, you should be aware that the math, which involves multiplying 24 packs times 11 commons per pack and dividing by the 65 commons in the set, means you should only end up with 4.2 of any common in an 8-person draft. Of course, once you find one waiting for you in your first pack the odds begin to tilt in your favor. Statistically speaking there should be 11*23/65 more copies of that one card in the rest of the draft. And so on… 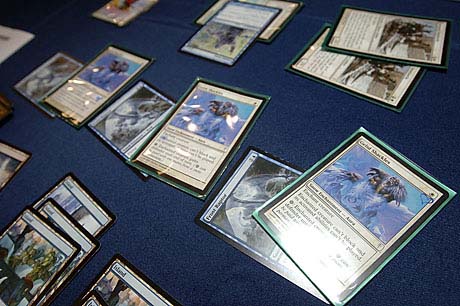 Sometimes there is no specific advantage to drafting multiples of a card. Three copies of Frost Raptor are perfectly acceptable, as are three Gelid Shackles. Just remember that if you draft the Shackles you will need some snow mana to make them do double duty. 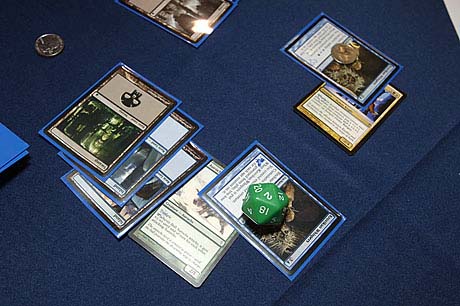 I haven't worked out the math for the uncommons, but it is safe to say that the four Krovikan Whispers in James "Beau" Bradley's deck were an anomaly. 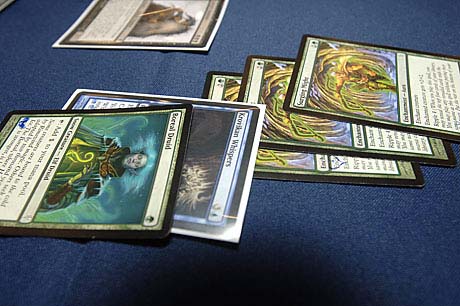 Even if you only have one, Krovikan Whispers is sometimes good enough when all your opponent's redundancy is in one basket - or on one Druid, in this case. 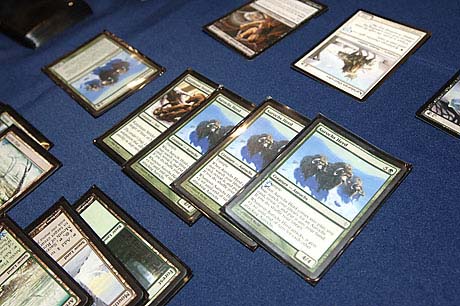 A card that has been steadily creeping up in everybody's pick orders is Aurochs Herd. Not only does the Herd play well with your other Aurochs, but it is also one of maybe three or four sources of actual card advantage in the entire set. 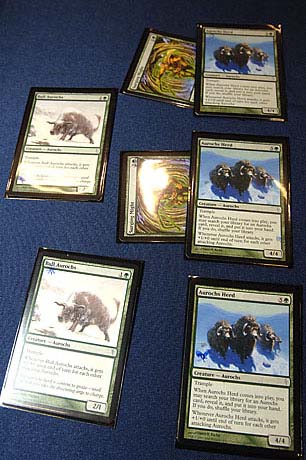 Mmmmm….card advantage and trampling goodness that plays well with your Ripple cards. That is forty points of trample coming at you right there. Are there any Fogs in this set? 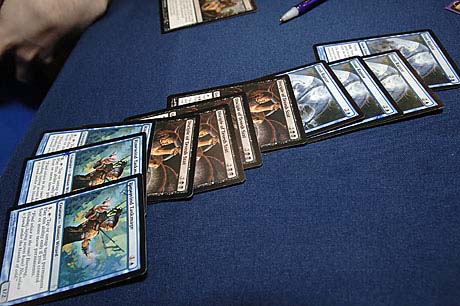 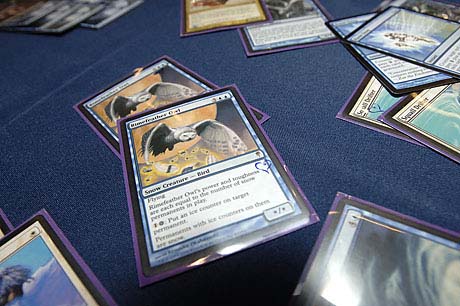 …but Adam Yurchick trumped with a pair of these babies: 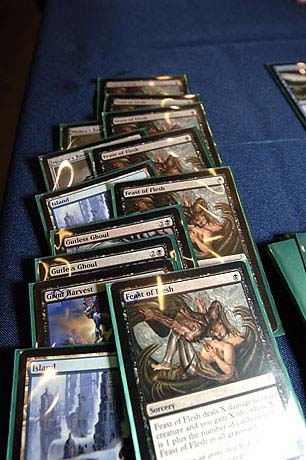 Statistics…schmatistics…there were still three more of these lurking in Ian Nuber's deck:

For those of you who can't see that far back, that would add up to nine total Feast of Flesh. Yeah, nine creature removal spells and a 45-point life swing still couldn't cope with a triply Surging Strengthened Rimebound Dead. Sometimes snow-covered lands are the best multiples of them all.