Feature: Thanks to all the Judges

Tremendous thanks to the Judges of Worlds 2006.

"There is no such thing as a problem without a gift for you in its hands."
This quote, and the one below, comes from a favorite book of mine that is full of such sayings. I keep many of these saying handy when trying to say more than I feel able. We have persevered through what I would equate to nearly five consecutive days of European-sized Grand Prix. You each sacrificed sleep, health, time, money, and family - endured emotional strain, hunger, and making stressful decisions. I imagine few of you will now fear a 100 player PTQ considering many of you were in events with a ratio at 100 to 1.

You never stopped short of doing what must be done, and never let the players know that you were so strained. I cannot say or show to you the appreciation of The DCI to you for making the largest (by far) Worlds an immense success.

I sincerely hope you made new friends from around the world. I know I have.
May you have happy holidays with your family. Look in your mail for a card in the mail from me.

"Every person, all the events of your life are there because you have drawn them there. What you choose to do with them is up to you."
Andy Heckt, Judge Coordinator

"If I have seen further, it is by standing on ye shoulders of Giants"
-Isaac Newton

"This week, you stood in the shoes of the soldiers of a thousand battles—England at Agincourt, the Athenians at Marathon, the Americans at Bastogne, and even the fictitious defenders of Helm's Deep—all about to be overwhelmed by superior numbers. Like them, you braced against the wave, and when it washed over you, you not only stood, you stood victorious. Like them, you undertook a mission simple in plan, difficult in execution: do what must be done."

"A community worth losing sleep over."

I have been a part of the judge community for 9 years now and I have never been more proud. What people have been willing to do, to make the events here possible are amazing.

If there is a feeling of being understaffed when you have 77 judges, it must be one hell of an event. But because of the skills and perseverance of all these people (and some last minute volunteers) we have been able to offer ~880 fair tournaments. Thank you!

In addition, your skills, endurance and patience made side events possible. And although "possible" is a simple word, the challenge was rather impossible. No one expected the numbers of players that turned up at the Carrousel du Louvre to play our favorite card game.

Even more, as always, it's not just about the work but it's about the people. I had a hell of a good time, because of you. Thanks. 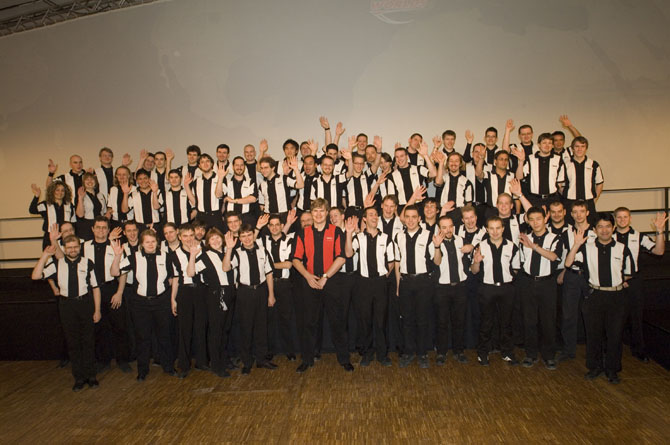