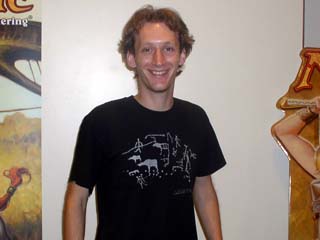 Rudy is a popular guy in the Netherlands, he is known internationally more for being a Magic-trader than for being a Magic player, but this might be about to change. Last year he just missed top 8, but this time he had the best performance in the Swiss portion, with a grand total of 28 points in twelve rounds.

His standard deck is Aggro Green, but he has got a more control oriented version with 4 Eternal Witnesses in his maindeck. His sideboard is quite good for his quarterfinals BlueTron opponent. 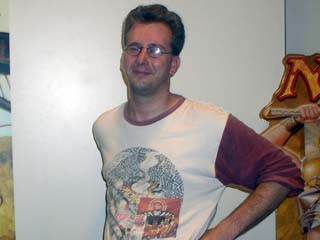 Douwe is another player who isn't really well known outside of the Netherlands. He has played in 1 Pro Tour event (Venice, 2003) before, but attended there more for having fun in Venice with his girlfriend than playing Magic. We know him for winning the last two Championships of Friesland and some other events. Whenever he plays, he is always having a good performance, this tournament being a fine example of that. He came in on the second place with 28 points.

The standard deck of Douwe is a strange version of Mono Red Aggro. He has maindeck Yuki-Onna which really helped him a lot. His sideboard is filled with a lot of one-offs, but there are no Jinxed Choker's to be found anywhere. Since that is an important card against Tooth & Nail (his quarterfinals opponent), he will have a hard time to win that match. 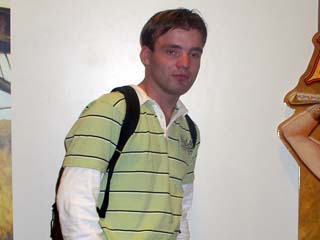 Frank has been in the top 8 of these nationals 2 years ago, where he just missed the team in the match for the third place. So far he has gathered 7 Pro points, but no top 8 in any big international event yet.
His standard deck is Mono Red Aggro with maindeck Swords of Fire and Ice. He can only bring in 4 land destruction spells after boarding, so that might be a little short for his Tooth and Nail match against Bas Postema in the quarter finals. 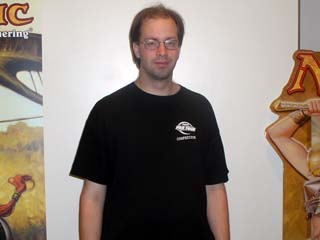 Bram (a.k.a. Sneppie) is probably the most creative dutch player on the groovy train (Pro Tour). He has always been a good performer, having gathered 195 Pro points already. He seems to always know what the metagame will look like and can show up with an unique deck like no other could do.

His standard deck is as Aggro Green as it can get, with some good beaters and a lot of growth spells. We just learned that he will be scooping his match against Wessel Oomens so Wessel can make the 20 Pro points cut this year (Bram himself will reach that limit anyways when he goes to Worlds, and the next barrier is 35 points). 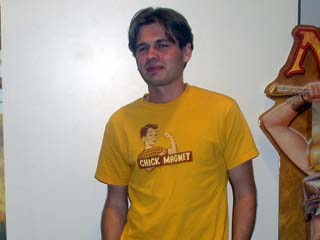 Wessel is probably the most conceited player in the world, but certainly in Holland he is known for that. For some years now he is a regular on the pro scene, his last top 8 in a Grand Prix was Paris (November 2004).

Wessel plays Mono Red Aggro with maindeck Jinxed Choker's. He will certainly reach the semi finals thanks to a scoop from Bram. 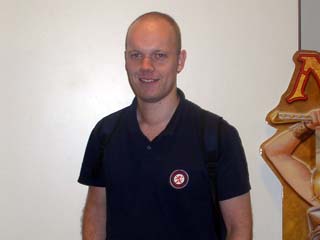 Bas was thinking about stopping with magic before this tournament, but with this top 8 that might just change. He made top 8 in Grand Prix Eindhoven this year too, so his performance this year seems to be better than ever. With 33 Pro points he is sort of a regular on the Pro Tour, but Bas just doesn't play often enough to be as good as he could be.

A mono colored Tooth and Nail deck is what Bas has brought to this tournament, with 3 CoP: Black and 3 CoP: Red and a Plains in his sideboard. While most Tooth decks opted to play another color in the maindeck, the only two decks who started mono green made the top 8! Bas is playing against Mono Red Aggro and seems to be slightly favorite due to the fact that his opponent doesn't have any maindeck land destruction and only 4 Molten Rains in his sideboard. 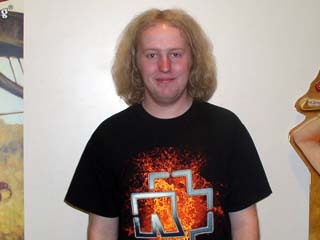 Wilco is really breaking through internationally this season. 18 Pro points so far while he has only 20 Pro points in total. Winning Grand Prix Paris helped a lot of course, but his performance has been good al year long. Reaching top 8 in these nationals is yet another proof of his skills.

A pure mono green Tooth and Nail deck is the choice for Wilco, not even any splash cards in his sideboard. Instead he opted for a beatdown switch with Iwamori, Troll and Arashi. Wilco is paired against Douwe playing Mono Red Aggro and this could be quite difficult because of 4 maindeck Molten Rains and 3 Sowing Salt's in his sideboard.

Didier is another guy not many people were counting on to reach this top 8. His lifetime pro points has reached 12 points so far, but he is one of the up and coming players in the Netherlands.

The only BlueTron player that reached the top 8 makes a good chance do fine because he doesn't have many bad matchups. He can counter all important spells and gain the upperhand with creatures like Meloku, Memnarch and Triskelion. In the quarters he is paired against Rudy Meyer, who is playing Mono Green Aggro. This is a match he should be able to win as long as he can keep the Troll Ascetic's off the table.