or nearly every block format, Limited archetypes often beget constructed ones. Odyssey block Limited made sure we don't miss madness, and it took hold in Block Constructed and Standard. Ravnica block Limited pointed out the power of populate, and Craig Wescoe won a Pro Tour propagating tokens. And so on and so on.

And it makes sense. R&D builds a Limited format as a stable environment full of cross-set synergies and ways to amplify block mechanics, all of which are ratcheted up when it comes to Block Constructed, the one Constructed format that perfectly matches the pool of cards available for Limited.

While word on the street is that Theros Block Constructed has less Limited crossover appeal than previous blocks, there is no doubt that many of this weekend's strategies are rising from the ranks of Limited.

3 Battlewise Hoplite 2 Daxos of Meletis 1 Ephara, God of the Polis

1 Ephara, God of the Polis 1 Chorus of the Tides 1 Akroan Mastiff 1 Sudden Storm

Now take a look at a generic White-Blue Heroic deck one player (no, we won't say who—we've even changed up a few cards just to keep things a bit hazy) registered for the Constructed portion of this weekend's tournament.

There are more than superficial similarities between the two decks. Battlewise Hoplite is a key component of both decks, and ways to get creatures through (note the Stratus Walks and Aqueous Forms) that also happen to target are also important. 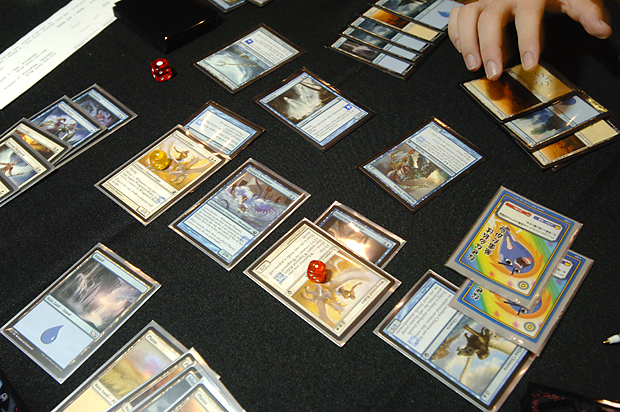 The White-Blue Heroic strategies in Limited set the standard for what the archetype looks like in Block Constructed.

So while the Constructed deck gets a lot more toys to play with, the core concept remains the same. In fact, I'm willing to bet Wescoe would happily swap out some of his non-heroic cards for an Ordeal or two. Or, you know, a Brimaz.

In fact, there are a number of white-based heroic decks floating around both in Limited and Constructed. In limited, you can pair virtually any other color with white and come up with a heroic strategy, as we see in, for example, this white-red deck. 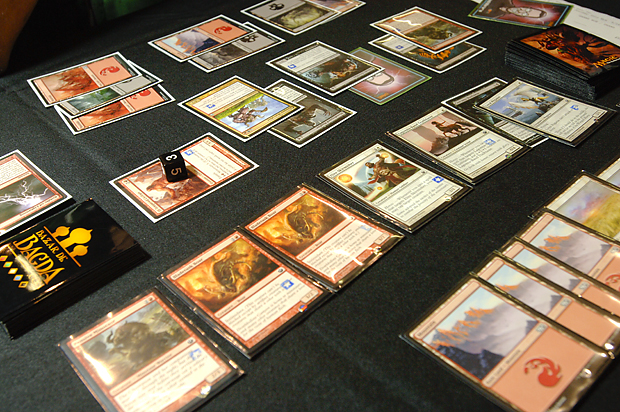 White and Red are a fine combination for a white-based heroic strategy.

In Constructed, players paired white with every color except greento form the basis of their heroic strategy (and you'll see more on that when we post the full metagame breakdown tomorrow). It's one of this format's premier aggressive strategies, and players clearly were aware of it in large part thanks to their experience with the cards in Limited.

But Heroic isn't the only strategy to make the Limited leap. It's not even the only aggressive strategy. Aggressive red decks, like the red-green deck seen here during the early rounds, are a staple of the draft format: 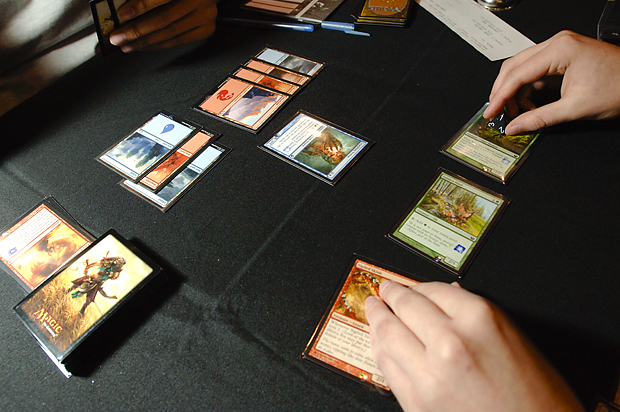 Red-Green Limited strategies share similar strategies in Block Constructed, although the cards are a little more powerful in the latter.

Moving up the ladder, black-green graveyard based decks are among the top five most played Constructed decks this weekend, and are perfectly viable in Limited as well, as you can see below. 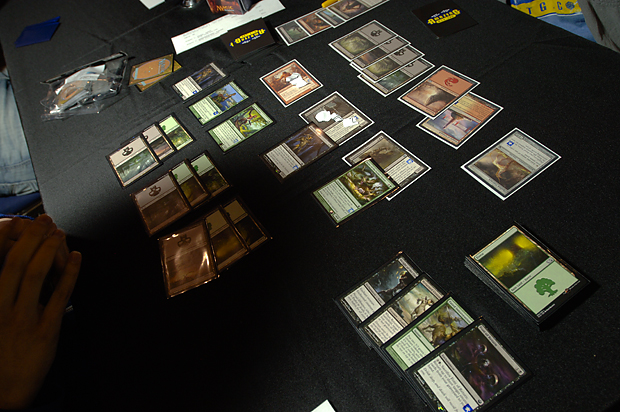 The Black-Green graveyard-based archetype has also made the leap into Block Constructed based on our initial scouring through the Constructed decks.

Both the Limited and Constructed decks rely heavily on Satyr Wayfinder to fill their graveyard with goodies. While the Limited versions sometimes have to deal with Font of Return or Rescue from the Underworld to mine the graveyard, Constructed ones can go straight to Whip of Erebos for a more powerful, repeatable effect. But the seed for the archetype was sown with Satyr Wayfinder, a common.

And that's where you'll often find the transition made, along lines that R&D specifically seeded into the set at common to push a theme. You can see it, for example, in Spite of Mogis, which asks, appropriately, for a lot of spells to be played alongside it. You can see the theme continued in cards like Spellheart Chimera and other cards, some of which this player pushed through his first draft:

Now, blue-red isn't the most popular Constructed archetype, but the clear line drawn from Limited to Constructed is evident with every Spite of Mogis revealed by Keranos, God of Storms.

In fact, a multitude of archetypes have their roots in Limited. The Mono Black aggressive decks take some of their cues from the aggressive black decks that like to finish with Mogis's Marauders in Limited; the Constellation decks might entirely revolve around Eidolon of Blossoms, but there's little doubt players at least tested the best Constellation cards from limited; and even the constructed version of white-blue control with its Omenspeakers and parade of 1/3s takes its cues from what that archetype looked like in Limited. 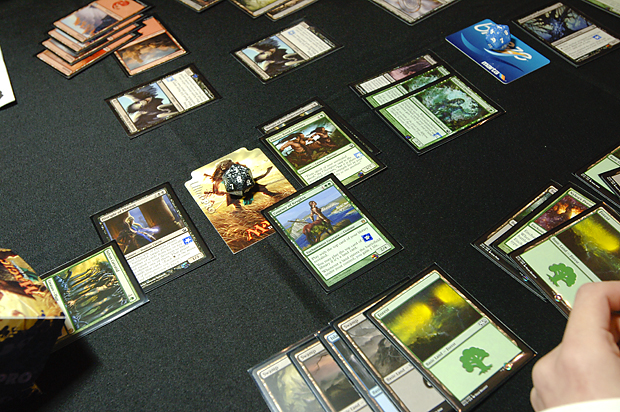 Constellation is not a thing to be ignored in either format being played this weekend.

So keep an eye out as we enter the Constructed portion of the event for your favorite Booster Draft archetypes making their presence known. You never know who is going to see a fun and powerful Limited archetype and feel, well, inspired.