"Who's at the top of the standings?" 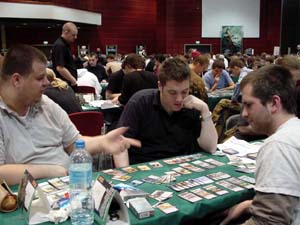 Yep it's team tournament time again with all those wacky names. While some names are clearly recognisable, Phoenix Foundation have been terrorising the rest of the world for a couple of years now, Pro players tend to be fickle and team rosters have about the same lifespan as a Bird of Paradise against a red deck. To help make some sense of the rankings here's a guide to some of the top teams playing here this weekend. 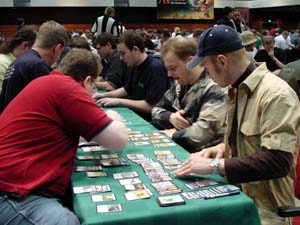 Not much needs to be said about Kai and co. Two team Pro Tours under their belt not to mention the multiple individual titles as well. This is clearly the team to beat for the weekend.

Rene Kraft went on a near unstoppable rampage last month in Birmingham that was only halted in the final by Stefan Jedlicka. The Tea Party was together last year at the team Grand Prix in Amsterdam where they made it to the semi's. 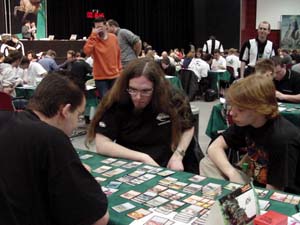 Zink made the semi-finals of the European Championships back in 2001 and then vanished for a while before coming out of nowhere at Berlin last year to win the World Championships. Hoeh made the quarter-finals at the Tinker dominated New Orleans Pro Tour last year. 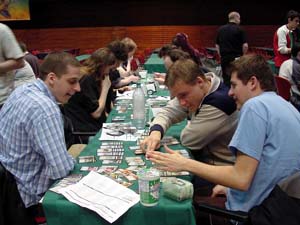 Brucker won the European Championships back in 2002 while Blech has torn up the Grand Prix scene lately with win in Genova and second place in Munich.

Throw into the mix a large number of German teams that have played together in the league for a number of years and it would take a brave man to bet against the host nation taking home the title.

While over half the teams are from Germany a number of strong teams have also made the trip. The Netherlands is well represented with 19 teams. While the once formidable starmaker.com/lap-lowlandgames.com team of van den Broek, Wiegersma and Karsten has disbanded as part of a shuffle amongst the Dutch teams there are plenty here to watch. 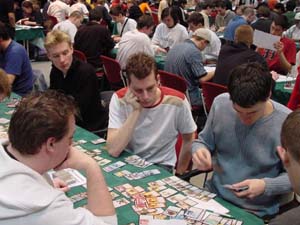 This is probably the best of the bunch on paper. Cornelissen managed back-to-back Pro tour finals and looked like threatening Kai's dominance a while back, but that was a while back and he's been a little on the quiet side of late. Jelger regularly wrecks the field at Grand Prix's but it took him long time before he finally won a title at GP. Jeroen Remie has a couple of Pro Tour top 8's under his belt despite not playing anything other than The Rock in extended.

The French are also well represented. 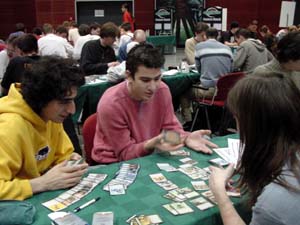 Minus Nicholas Olivieri and plus one repatriated Argentinean Les plus Nas is no longer the surprise package that came out of nowhere back at New York in 2001. Tenenbaum has a number of high finishes despite an unfortunate tendency to finish 9th. Nassif is making a big splash at the moment and tipped by many pundits to possibly take the crown from Budde in the Pro Player of the year race. Add Barbero, a team winner with Rankko Bongo etc last year in Amsterdam and you have a formidable force. 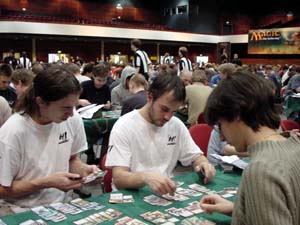 The names have changed over the years but this French team unit have been together for years now. The Ruel brothers and Jeudon have been finding more success on the individual circuit of late but can't be ruled out. Few teams have as much experience playing together 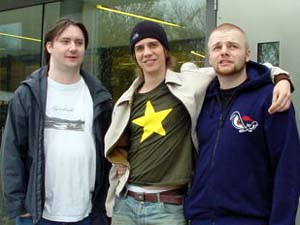 While not as renowned as the other European nations the Belgians have also managed to field a couple of strong teams. OMG Wheeeeeeeeee! with Stan van der Velden and Jan Doise and Mort Subite with Geoffery Siron and Bernado Da Costa Cabral are possible the best of those.

Finally the Scandinavian countries cannot be ruled out and the best representation from that part of Europe is probably this international monstrosity:

One Norwegian, one Swede, one Finn and a lot of Pro Tour experience. This is another team you can expect to see in contention in the later stages.