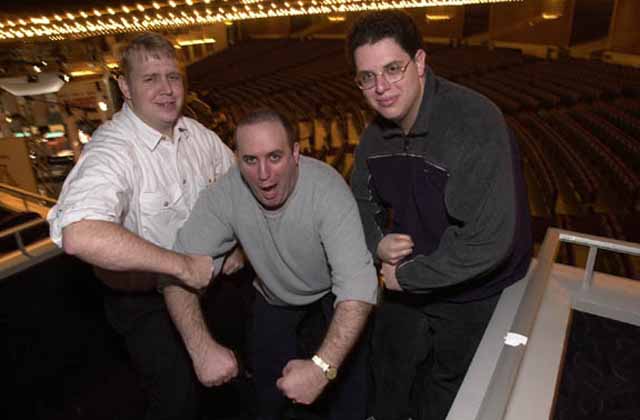 In previous drafts, Potato Nation have made a lot of effort to put their central player Gary Wise into White and their leftmost player Mike Turian into red/blue. Their first pack was a great start for this strategy as Wise was able to draft Wave of Reckoning and pass a Gush to Turian. Andrew Johnson in seat A on Car Acrobatic team settled into White at a very early stage and when his opponent Scott Johns made signals to move into red/green Wise demonstrated a severe dislike of this. Red/green has severe problems against cards like Troubled Healer and Alabaster Wall and Wise didn't want his teammate playing that matchup in a Pro Tour final. Wise soon starts a move into Black as none of his teammates are really able to and a Delraich followed by a Sever Soul were just too good to pass up. Turian continues his strategy of drafting blue/red in seat C and during this match would find himself up against Andrew Cuneo who drafts blue/black from the very start.

Some interesting signalling takes place midway through Nemesis. Scott Johns opens a booster with a Rath's Edge in it and Cuneo makes signals to take it. Andrew Johnson frantically points at it indicating he wants it for his deck. When Forsythe gives him a curious look Andrew answers by flapping his arms in an effort to let his teammates know how great the Edge would be against the two Gliders drafted by Scott Johns. Although a somewhat unique way of signifying his opinion it got the message across to his teammates and the Rath's Edge duly made it into his pile of cards. Aaron Forsythe opened a great Nemesis booster with a Blastoderm for himself, a Flowstone Thopter for Johnson and almost no other playable cards for Potato Nation. Gary Wises Nemesis booster topped this however as he opened an Ascendant Evincar for his now heavy black deck and an Ancient Hydra for Johns who may well go three colors in order to play it.

The last booster of the draft saw an excellent play from Turian. Johns had a choice between Living Terrain and Thresher Beast and definitely wanted to take the Terrain. Turian repeatedly insisted that Johns took the Terrain and the reason soon became clear. The Terrain made it all the way around the table to Aaron Forsythe who took it for his green/red deck. Unfortunately for Forsythe he is paired off against Gary Wise whose near mono-black deck has multiple removal spells and two Despoils as ways of dealing with the Terrain. The Living Terrain is much less threatening against Wise than the Thresher Beast would've been and Turian's decision shows a great understanding of the draft.

The first match between Scott johns and Andrew Johnson seems to marginally favor Johns. Johns' green/white deck is very solid and has most of the necessary cards. He has a few Rebels including a Glider he can search out, and his fat is both good and cheap as he was able to draft Darba and Blastoderm. He has a couple of game winning cards in Ancient Hydra and Vitalizing Winds as although the Winds is exceptionally expensive at nine mana the two white decks could easily stall long enough for Johns to be able to cast it. Johnson has a couple of things in his favor though. He has slightly better fliers with both Diving and Charmed Griffins. The best card in his deck by far though is his Troubled Healer. With the majority of their creatures of an equal size the Healer will no doubt cause great problems for Johns should it ever enter play. This match should be fairly close although Scott Johns does appear to have the edge with slightly bigger creatures and better late game cards.

Match two will be be between Gary Wise and Aaron Forsythe. After his first pick Wave of Reckoning Gary went into black picking up some very powerful cards. The packs seemed to open very kindly as he has a couple of removal spells and amazing creatures including Volrath, Delraich and Ascendant Evincar. In addition to this Wise has a great set of Mercenaries including Kidnappers, Rathi Fiend and Intimidator, a couple of Death Charmers and a Thug. To round out his deck Gary also has access to three Rhystic Syphons and has the possibility of splasing red for Lunge and Flameshot or White for the Wave of Reckoning. It is possible that he will splash for both but however he builds the deck he stands a great chance of winning. Forsythes deck did not turn out that great. Although he picked up a lot of decent green creatures early on he took a long time settling into a third color. He doesn't have many cards to go alongside his green but a Keldon Berserker, Laccolith Warrior, Seal of Fire and Panic Attack will all probably make the cut. Forsythe really needs to draw his Panic Attack if he wants to beat Gary as Gary's Mercenaries and Syphons will easily be able to race Forsythes bigger green guys. 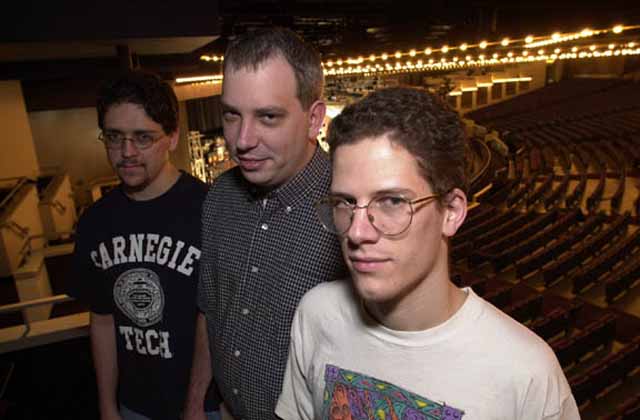 The final match of Pro-Tour New York will see Mike Turian taking his red and blue spells up against Andrew Cuneo's black/blue deck. Turian has had a couple of solid blue/red decks over the last few days but this time the cards did ot fall well for him. His deck has a lot of aggressive early drops featuring Cloudskate, Spur Grappler Ribbon Snake and other similar creatures. However he doesn't have a lot of removal or any broken cards with which to finish the game. He has a few combat tricks, one each of Seal of Removal and Fire but nothing substantial. While Turian will no doubt be the early aggressor in his match with Cuneo, if Cuneo can stabilise Turian has very few ways of being able to force through the last few points of damage. Cuneo meanwhile has dratfed an excellent blck/blue deck and looks a huge favorite over Turian. Cuneo has a couple of removal spells, much better fliers than Turian featuring DrakeHatchling, Stronghold Zeppelin and Pit Raptor. These by themselves will be huge in the match up, but when combined with Cueno excellent ground forces Turian is becomes a massive underdog. Outrigger, Scandalmonger, Greel and Stinging Barrier are all available for Cuneo to play and they are all excellent in his deck. To rub salt in the wound Cuneo was also able to draft wo Rootwater Commandso which in the blue on blue mirror are simply amazing. If Cuneo loses this match he has no right to call himself a Magic player.