For Lars Dam, it did not dawn on him what all was on the line when he first qualified for this event. He knew that he would be playing for $25,000 but everything else that came with winning the 2013 Magic Online Championship was not on his mind until he arrived.

Qualification for the 2014 Magic World Championship.

These are two big prizes, giving Dam – or his opponent, Cory Lack – a potential road-map toward a whole lot of Magic over the next twelve months.

For Lack, reaching here was an incredible accomplishment, overcoming a rough Day One in order to lock a Top 4 spot in the final round of the swiss. His swift victory against Tamas Glied in the Semifinal eluded to the potential he had in the classic showdown between black and blue devotion strategies, and his U/w Devotion deck had enough tech to give him an edge in a battle between Standard's juggernaut decks.

There was just one question: who would be crowned the winner? Would it be Dam, the native from Denmark living in Thailand, or Lack from the United States? 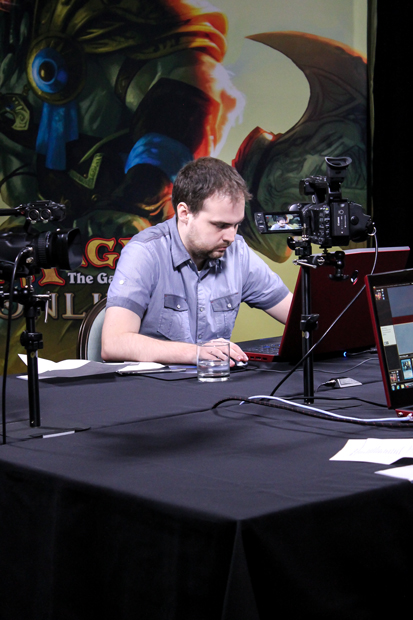 A lot was on the line, the pressure wearing on even Lars Dam, who has been consistently sitting atop the standings all weekend.

Dam was off to the races immediately with a second-turn Pack Rat, creating an additional Rat before a Lifebane Zombie came down and revealed that Lack's hand was not well equipped to deal with Dam's Rat army.

Lack, however, was not out of the game. Thassa, God of the Sea following a first-turn Cloudfin Raptor gave him a potential threat, and a fourth land coming right on time gave him Master of Waves, holding back Dam's Rats. However, Lifebane Zombie proved to be a rough clock, and Gray Merchant of Asphodel locked things up.

With no one-mana creatures from Lack to start the second game, Dam was able to disrupt Lack's curve with a first-turn Thoughtseize, robbing Lack of his Frostburn Weird. Pack Rat forced Lack's Rapid Hybridization on the second turn, upgrading the Rat to a 3/3 creature. While Lack had Thassa, God of the Sea, his only threat following that, a Nightveil Specter, was taken out by two Devour Fleshes, eating through Lack's Mutavault. 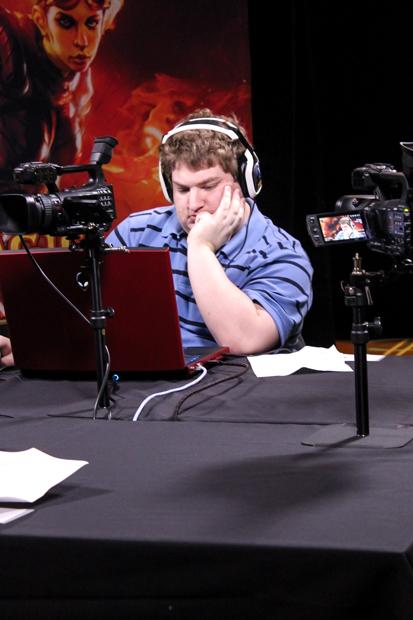 In the meantime, that frog lizard on Dam's battlefield courtesy of Lack's Rapid Hybridization continued to beat down. When Desecration Demon came down, Dam was in the driver's seat. Lack fought back with he had Domestication for the frog lizard, but he was already sitting at 7. Then Ultimate Price came off the top for Dam, taking out the frog lizard and forcing Lack to decide on taking 6, going to 1, or sacricing his Nightveil Specter.

He took the hit, hoping to push for a win and that Dam had no Gray Merchant of Asphodel at the ready.

Unfortunately for Lack, that was precisely what was waiting for him on the next turn. The Merchant came down, and the tournament was over.