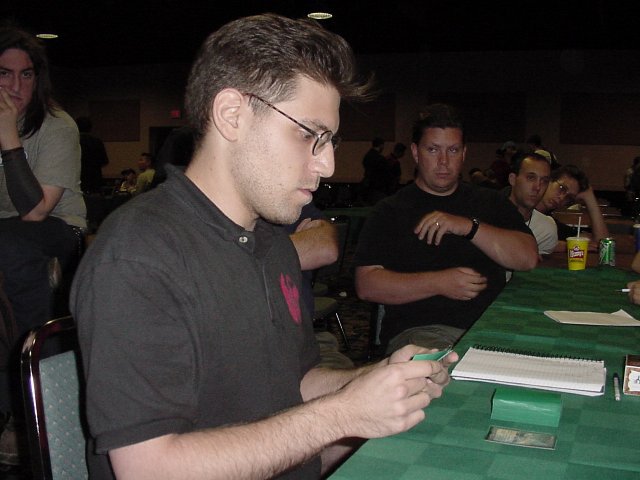 These were not the decks or the players that defined Grand Prix Denver during the Swiss, but that didn't stop Danny Mandel's Counter-Hippo and Brett Shears' Kowal.dec from squaring off for the title. While nearly creatureless control decks seemed to rise to the top of the Swiss, it was these two more aggressive, more tempo oriented decks that survived the quarters and semis. Each is capable of playing an aggressive, beatdown game or playing a controllish, card advantage game depending on their draw and their opponent. Mandel has been steadily improving since first gaining notoriety by winning the Amateur Award at Grand Prix Dallas last fall. With his rookie season under his belt and his Your Move Games shirt secure on his back, Mandel would love to add "Grand Prix champion" to his resume. Only three people made day two with decks based around Questing Phelddagriff, but Mandel played his version well enough to cruise into the finals. His version has some interesting technology built into it: he doesn't run Eladamri's Call, but he does run Sabertooth Nishoba. In addition, his Sunscape Familiars have been particularly good against field full of "bears."

Shears took a 24-hour long bus ride from Los Angeles to get to this Grand Prix. He felt it was time to start playing constructed again after a long break, and that sure looks like a wise decision now. His was the only black-green-blue deck to make day 2, and he piloted it all the way to the finals.

Shears was clearly the aggressor in game 1. His turn 2 Vodalian Zombie kept bringing the noise while the players fought counter wars over their other spells. Mandel got his 0/3 familiar into play, but Shears' Plague Spitter meant he couldn't block Vodalian Zombie and survive the exchange. Mandel kept trying to play , but Shears used a pair of s to keep the mage at bay. When Mandel fought the second Repulse (because he desperately needed blocker), Mystic Snake foiled his plans and gave Shears an additional attacker. Mandel seemed like he still might be able to stabilize when he played the mage for the third time and on the same turn played a hippo. However, Shears had Repulse number three and that was that. Beatdown plus bounce claimed another victim. 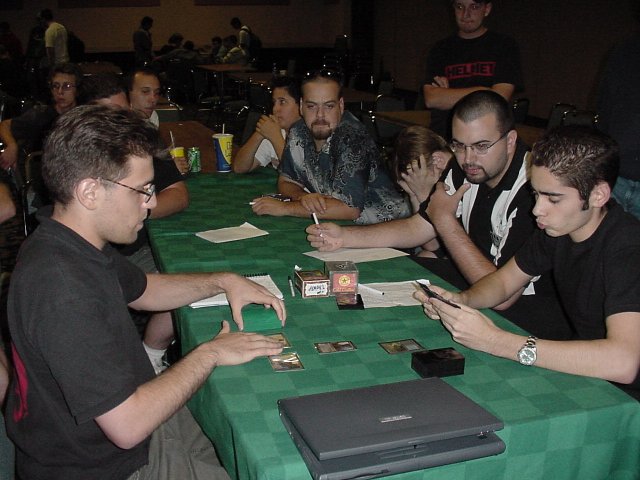 Mandel was the aggressor in game 2. His turn 2 Meddling Mage (set to Pernicious Deed) got in a lot of beats while he forced Shears to spend his time countering three straight turns of end step Fact or Fictions. Unfortunately for Mandel, his third Fact or Fiction was stopped by a Mystic Snake. Mandel didn't really want to run his Meddling Mage into the snake so instead Mandel went for a hippo. Shears used his last three mana to Exclude it. Shears then untapped and went for a fatty of his own: Spiritmonger. Mandel also had Exclude, but Shears had an Undermine. Ka-boom! Mandel answered back admirably with a Questing Phelddagriff and a Meddling Mage (set to Spite/Malice).

These two warriors just kept throwing knockout punches, but neither would fall down! Shears attacked with Spiritmonger and Mandel just took the beating, dropping to 9. Mandel cracked back with his whole team and dropped Shears to 4. Shears did get to trade his Mystic Snake for the mage that was set to Spite/Malice and then on Mandel's end step he Maliced away the other Mage. Spiritmonger knocked Mandel to 3, but Shears had no answer for the hippo and Mandel evened the match at one. 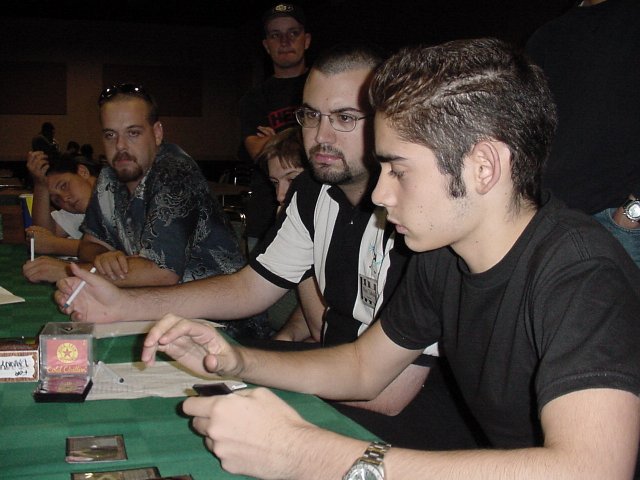 Having lost game 2, Shears had the choice and decided he wanted to go second in the last game of the Grand Prix. This allowed Mandel to Gainsay Shear' turn 2 Vodalian Zombie, but with no other creatures even attempting to hit the table for quite a few turns, this game was pure control on control and Shears was up a card. The first real action came when Mandel went for Fact or Fiction with two left untapped. Snake? Gainsay. Mandel took three land and a Familiar rather than Gainsay and then got to untap while Shears had just two lands untapped. Mandel decided now was not yet the time and all he did was play a land and his familiar. Still, land is gold in control on control and Mandel now had the edge on card advantage. Shears started falling behind in the land war and he had to go for Fact or Fiction. Mandel stopped it with a Snake and went on the attack. Shears did sneak Pernicious Deed into play, but Mandel had a hand full of Repulses. With eleven lands and a familiar, Mandel had no trouble playing whatever spells he wanted, whenever he wanted. Shears had just seven lands and no such flexibility. Mandel just kept using Repulse to get out of whatever kill Shears sent at his creatures.

Of course, there is such a thing as too much land. After burning through all those Repulses, Mandel wound up with 3 land, a Rout, and a Sunscape Familiar in his hand. He couldn't stop Shears' next Deed and suddenly the board was clear of everything except land. The players did nothing but refill their hands via draw phases for quite a while and when there was action, all their spells seemed to just cancel each other out. Quite a crowd had gathered by this point and they saw a great battle between evenly matched decks and players. 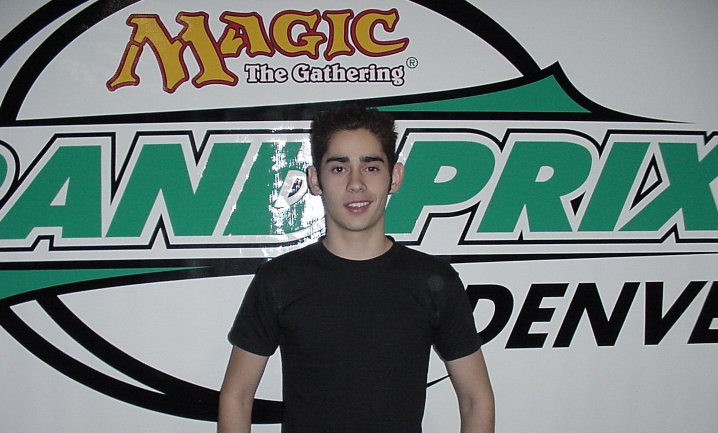 In the end, Shears waited until his hand was just right and managed to force Spiritmonger onto the table. Mandel played out a Meddling Mage (set to Repulse) and then a Hippo. Shears had Spite/Malice for the Mage and then Repulse for the hippo and then had the Grand Prix championship to call his own.

To top it all off, he's got a twenty-hour bus ride home to look forward to that starts at 2:40am.