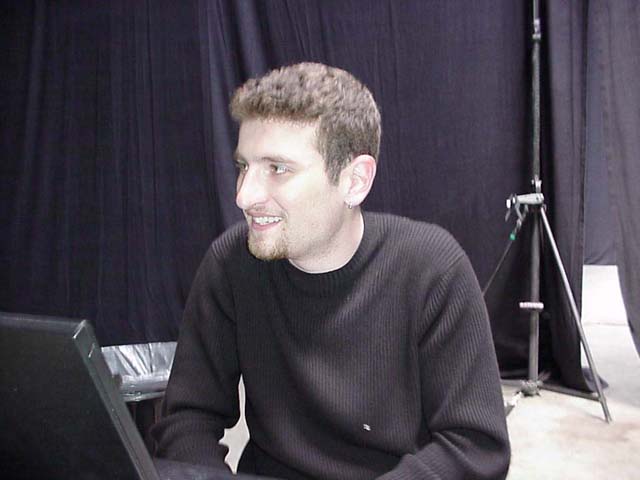 Jon Finkel has been called a lot of things in his prodigious career as a Magic player: The Man, The Machine, Finkeltron. But there is another side of The Player Who Can Do No Wrong, the college boy who spends his days getting himself out of wacky, Belushi-esque hijinx.

This time he's really in hot water. It seems that one of his Professors doesn't take kindly to those fancy lads who think it's "cooler" to hit Spain for a weekend tournament and maybe fly home thousands of dollars richer than to stay at home and polish their final papers. As a result, he refused to give Our Hero an extension. The paper would have to be delivered on the first day of the Pro Tour - or else.

Even worse, he'd already spent the week pulling all-nighters in pursuit of the mythical "passing grade," so he wasn't able to finish it before he got on his plane.

All this time the orphanage needed his help with its bake sale so it didn't get bought out by wealthy industrialist Augustus J. Moneywell and turned into a giant smokestack, and his rival fraternity Kappa Iota Lambda had made it look like HE had stolen the Dean's prized Scottie dog, Muffins.

But you can't keep a good man down.

He finished his research on the plane ride. The next morning, during the player meeting, he busied himself over a laptop. After his first four matches he hardly had time for a handshake and a "good luck." He had to dash to a quiet corner to put on the finishing touches. He emailed the finished product to his Professor moments before the deadline.

I caught up with Jon shortly thereafter and asked him about his schooling. Wasn't it tough to coordinate his time on the Tour with the responsibilities of school? Hasn't he already won enough money that school wasn't important?

He said that it was tough to keep everything together, but that it was totally worth it. He wasn't in school for a career. He could have the job he wants through personal contacts. He goes to school because he honestly wants a degree, and because he enjoys studying English, both critically and creatively. The money wasn't the only thing driving him. The school experience meant good times with good people, doing fulfilling work.

He would have gladly spoken at length on the subject, but was pulled away by one of many photo shoots.