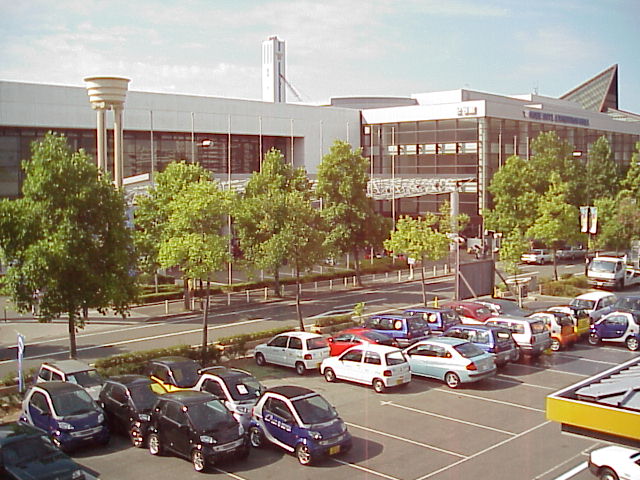 It was unnerving, walking into the hall where Grand Prix - Kobe was taking place. Thirteen hundred and fifty people made for a landmark attendance. Tables stretched to the horizorn, and out past peripheral vision. The players were seated to hear Head Judge Masayuki Kunimitsu's introduction. When they all rose to find their first round pairings they brought a wall of sound with them, and it was suddenly clear just how chaotic a tournament of this size could be.

The next noticable thing was that many more people had shown up just to hang about, meet artist David Martin, play side events, and spectivate. The first round Feature Match had no fewer than twenty people surrounding it. That was nothing compared to the mob that swelled around the dealers' tables. It was literally three-deep.

Looking over the tables as the first round progressed, it was clear that control was the order of the day. There were many Go-Mar and Blue-Black-Red, but with so many players there was plenty of individuation going on. Spectral Lynx and Nightscape Familiar seemed to make all versions.

The next most widely represented deck was the blue-green tempo deck, split neatly between versions that splashed black for Spiritmonger and Pernicious Deed, and those that added red for Flametonge Kavu and Urza's Rage. All too often I would pass by a table and see a horde of Mystic Snakes reducing a player to tears.

By the time I had waded through a third of the tables it seemed that everyone was shuffling for game two. Checking the clock I realized that if I hurried I might be able to scout all the tables before the round ended. 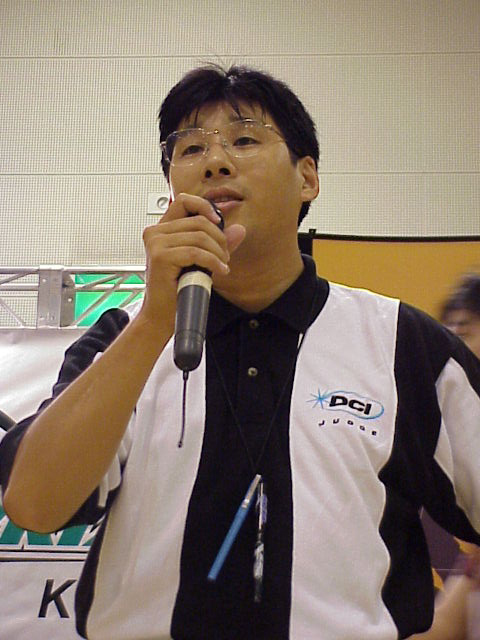 All the stock decks were present to some degree. Tokyo Throwback Red-Green, Black-Red Aggro, even Domain, a deck many had counted out. The Domain decks had by far the most interesting variations. I saw one unlucky player forced to watch his opponent use Sisay to tutor up Legacy Weapon.

Of course, Apocalypse's effect was everywhere. There was a rash of red-white-blue decks, from Seck-esque control to all-out beatdown with Flametongues, Goblin Legionnaires and Lightning Angels. There were more than a few black-green beatdown running Llanowar Dead and Ebony Treefolk as well as the mack-daddy Spiritmonger.

At times it was as if no card was safe from tournament play. Dega Sanctuary, Lashknife Barrier, even Reef Shaman. It was as if players had scoured every last card for any tech it might hold locked inside.

Lastly, and perhaps most heartening, were the many female players in attendance, smashing the last great Magic Stereotype.

All in all, it seemed that Kobe was going to be a gangbuster of a tournament.