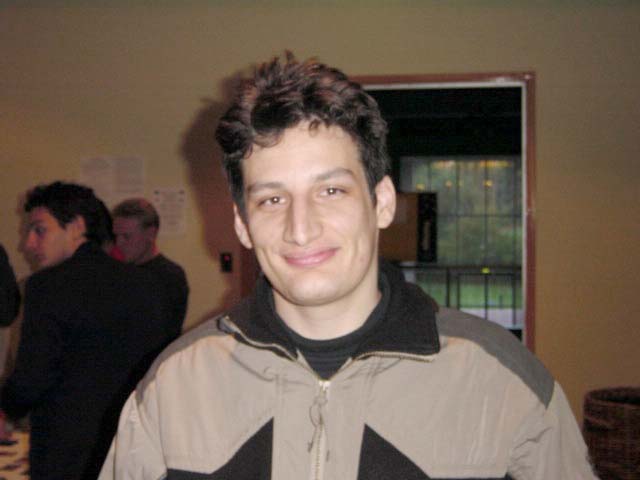 Greg Romans, a 27 year old Trainee Solicitor (or more professional title, Articled Clerk), hailing from Queensland (Australia's north-eastern state) was invited to this year's Australian Nationals based on his ranking. Greg comes from the city of Brisbane and has been playing Magic since January 1995, being initiated when Fallen Empires was the most recent set. His career achievements include a top 8 at the 1997 Australian nationals, a recent PTQ Barcelona win and also the very special title of "Player of the Con" from the Cancon convention held this year, which earned him a Playstation 2.

Who do you think will do well in each format?

Dane has a proven record in draft. He's definitely one of the best drafters in Australia. He also seems to know when to Mulligan better then most players". Greg's pick of Dane was really an obvious choice, you only have to look as far back as Australian Nationals 2000, where Dane went 6-0 in the draft to back up the argument.

Greg again chose a well-known player for his pick for the day two standard constructed format. "Ben Seck would probably be my pick for the standard portion based on previous performance. Ben does a lot of research - he knows the metagame well, and he's also a good player, which helps." Ben's credentials, being part of the 2000 Australian National team, again gives weight to this argument. Plus Ben has lots of good karma from all the props he received from the Sydney Invitational players.

What is your ultimate 1st pick in draft?

Ghitu Fire or Pyre Zombie. I always draft Black/Red often splashing Blue or Green. With the Invasion - Planeshift draft format I think it's a formula for success. Back in Invasion only draft I liked White/Green/Blue, but with Planeshift now included it's just not as strong.

What decks do you expect day 2?

I expect NetherHaups, more control orientated decks. Maybe Blue/White control too. Of course there will be the usual Fires etc as well.

I've been drafting twice a week for the past 8 weeks. Also, I've done a lot of Internet research and playtesting with other Queenslanders-Will Copeman, Chris Kwan and my brother Dan.

Who would be in your ultimate playtest team for Worlds (any player, not just Australians)?

Gary Wise - Big personality who has an opinion. I met him at the Sydney Invitational. You can't help but love the guy for his big mouth.
John F Rizzo - To keep everything in perspective.
Sol Malka - Always makes original constructed decks that work.