The first Grand Prix in Michigan looks to be a big one. Over 300 players have pre-registered as of Friday evening. 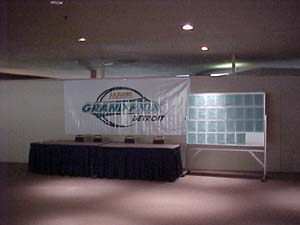 The format for the event is Invasion/Planeshift sealed deck on day one and draft on day two. This is the final Grand Prix of this format for the Barcelona Qualifier season. The top eight uninvited players will receive invitations to Pro Tour Barcelona. Along with the invitations, there is a total of $25,000 in prize money up for grabs. $17,500 of the prize money is open for everyone and the remaining $7,500 is just for the players with ratings flags of 1700 or lower. This is also the final event that will use the rating flag method. Beginning with all Grand Prix that feed Pro Tours in the 2001-2002 tournament season, the DCI moves to a slightly more simple method of awarding bonus money. Any player with zero lifetime pro points will be eligible for the extra $7,500 in prize money, which will be known as the "Amateur Award". This means that amateur players will be competing against each other instead of against the pro players. This should be a pretty strong incentive for anyone without pro points to compete in any Grand Prix within striking distance.

The tournament organizer for Grand Prix Detroit is Professional Event Services, also known as PES. The man at the helm of PES is Mike Guptil, a level 4 judge and widely considered one of the top tournament organizers in the world. Guptil has been the head judge of numerous Grand Prix and Pro Tours and runs top-notch events in the Ohio Valley area. Guptil is backed up by a very experienced staff that has been involved in the organization of several Grand Prix in North America.

The head judge is Mike Donais, a former player and tournament organizer for the Detroit and Windsor area. Mike now works for Magic R&D and helps create the Magic sets that make us all happy. Mike is an experienced Pro Tour, Nationals and Grand Prix head judge.

The scorekeeper for the event is the distinguished Scott Larabee. Larabee is a former Level 3 judge and tournament organizer from Los Angeles, California. Larabee is now the Manager for events held in North America and Australia. Scott has been the scorekeeper for dozens of high-level events.

Most Grand Prix held in North America and many Grand Prix around the world hold a last-minute Grand Prix Trial on the Friday before the tournament. The Trial is usually very well attended because players who are planning to play at the Grand Prix anyway know they can come on Friday evening for a chance at a third-round bye. Byes are amazing to have at Grand Prix and really help a player's chances for making the Top 8. 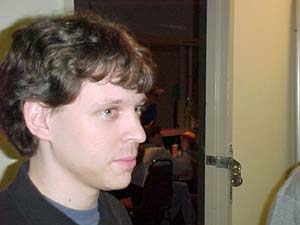 The trial held on Friday before Grand Prix Detroit had an impressive 132 players, which is considered very high. The players in the trial will have to play 9 rounds of Swiss, with the top 4 players after the Swiss each receiving a third-round bye. The first round featured a pairing