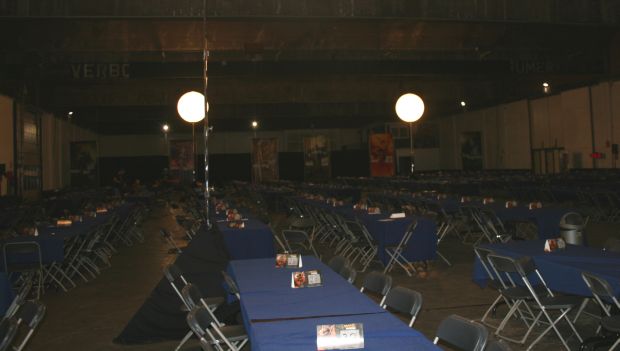 whopping 1600 players made the journey to Belgium's beautiful city of Antwerp, making this one of the largest Modern Grand Prix of all times. They had to fight through 9 rounds of Swiss today, with only 4 players remaining undefeated at the end of the day: Fabrizio Anteri, Ron Cadier, Alexandre Bonneau and Rasmus Björklund, sporting the established archetypes Tron, Jund and Living End (both Bonneau and Björklund).

Still, many other players that want to show that there's still room for innovation in the diverse Modern format that spans almost 10 years of Magic history are in hot pursuit. Among them France's Raphael Levy who is bringing the Merfolks to the table. Also still in competition are household names Shahar Shenhar, Louis Deltour, Michael Bonde, Arjan van Leeuwen as well as Lino Burgold, all sporting respectable 8 - 1 records. So things will definitely get interesting again tomorrow.

The other big story of the weekend is the newfound team spirit among the Belgian and UK communities. It's been a while since Belgium made bigger waves on the major event stage, but a new group has formed to tackle this problem. Players from the UK, on the other hand, seem to be one step already, having sent a well-prepared delegation of Brits over the English Channel to represent their country with pride.

Who will rise to the occasion tomorrow and make the second cut to the final 8? Which deck will ultimately leave the opposition behind and emerge victorious as the new champion of the Modern format? Make sure to check back tomorrow when we'll have all the answers to these questions and more in our live coverage of GP Antwerp!

3 Honor of the Pure 2 Intangible Virtue