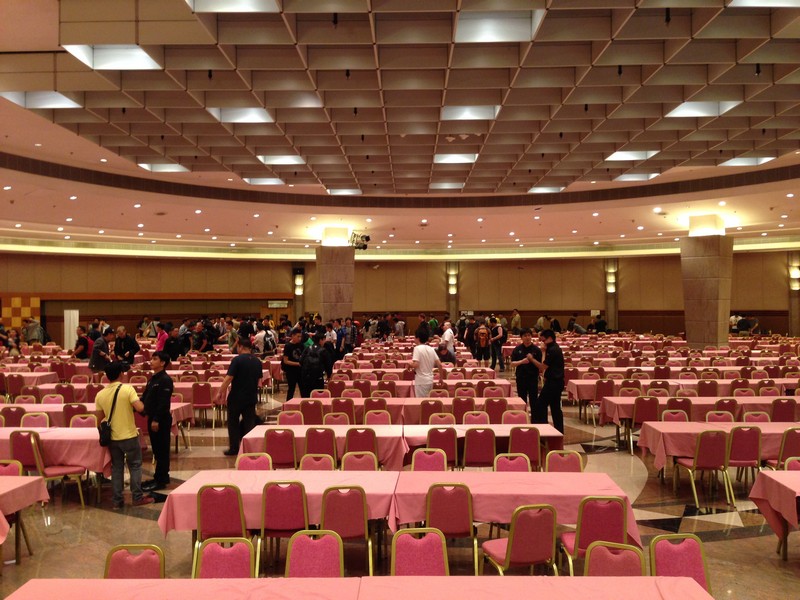 fter nine rounds of intense competition battling a plethora of minotaurs and pegasuses and centaurs and griffins and hydras and sphinxes and cyclopes and whatnot, only four players remain undefeated!

However, their voyage will not be without bumps. Closely behind are Pro Tour Veterans Stanislav Cifka (9), Martin Juza (16), Ken Yukuhiro, Yuuta Takahashi, Shouta Yasooka, Chen Liang and Shuhei Nakamura (7), all at remarkable 8-1 records. Yuuya Watanabe (5) has also managed to scrape a 7-1-1 result despite his bout of illness.

128 players will return tomorrow for six rounds of booster draft, before a new Top 8 is born. Will the locals be able to defend their hometown or will they succumb to the foreign invasion?

1 Curse of the Swine 1 Time to Feed

1 Evangel of Heliod 1 Vanquish the Foul

1 Lash of the Whip 1 Artisan's Sorrow

1 Sip of Hemlock 1 Rage of Purphoros

1 Read the Bones 1 Time to Feed

1 Pharika's Mender 1 Reaper of the Wilds

2 Agent of Horizons 1 Fade into Antiquity

1 Nykthos, Shrine to Nyx 1 Reaper of the Wilds

Below is the Sealed pool that gave a yet unnamed pro much food for thought today. Featuring sufficient depth for all five colours to be playable, the deck construction process had to consider not just which cards within specific colours to play but also which decks and strategies to pursue.

Would the pro opt for Red-White: Fast and Aggressive with two copies each of Wingsteed Rider, Ordeal of Purphoros and Akroan Hoplite; or would he be drawn to Control Black with Abhorrent Overlord, Keepsake Gorgon, Gray Merchant of Asphodel, Sip of Hemlock and Lash of the Whip? And if he does choose Black, would it be supported with Blue for Griptide and Thassa's Emissary or Green for Sedge Scorpion, Fade into Antiquity and Artisan's Sorrow?

Discuss what you think is the best option with this pool and check back later today to find out what our pro went with!

View the card pool below or go here to start building your own deck from the pool!