A few things are constant in Portuguese Magic: huge Grand Prix attendances and an unearthly love for Sligh in Extended. Grand Prix Lisbon, the last one of the current Extended season is no exception to the first: 670 players!

The roller coaster we call the Extended Qualifying season took a week off, for Pro Tour San Diego - but is right back on track for the final hurdle: Grand Prix Lisbon. It is only fitting that a season full of plot twists sees the new king of the hill (Miracle Grow and its minions) face one final, and huge, obstacle.

We started the season out with Donate still looming large over every other deck. With time things took a few turns and Alan Comer came along showing us that Quirion Dryads can be quite huge. With Grow now being the undisputed "best" deck Lisbon might place a huge problem in its path. 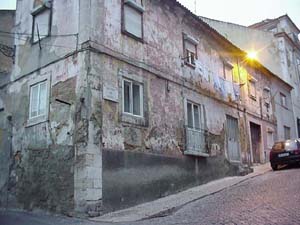 Lisbon isn't only a very old city full of typical streets and impressive monuments. Oh no. Lisbon is the capital of Slighland. So Grow's supposed nemesis is one of the easiest and cheapest decks to build - especially if you have no access to Duals - and has historically ruled, at least in numbers, any Extended tournament held in Portugal. Will it also flood this Grand Prix? If so, can it rob Grow of its crowning moment? A small stroll around the tables already showed some of the big names playing red.

To celebrate the hundredth Grand Prix worldwide, table 100 will always be a Feature Match and get a bottle of Champagne (that announcement got the second biggest roar from the crowd). To topple that the player who finishes in the hundredth spot will get - you've guessed it - one hundred boosters (and that - obviously - got the hugest roar)!

So stick around for the hundredth Magic Grand Prix. We will tell you all about the decks, the players and the huge celebration (well, we all deserve one don't we? It's number 100!).