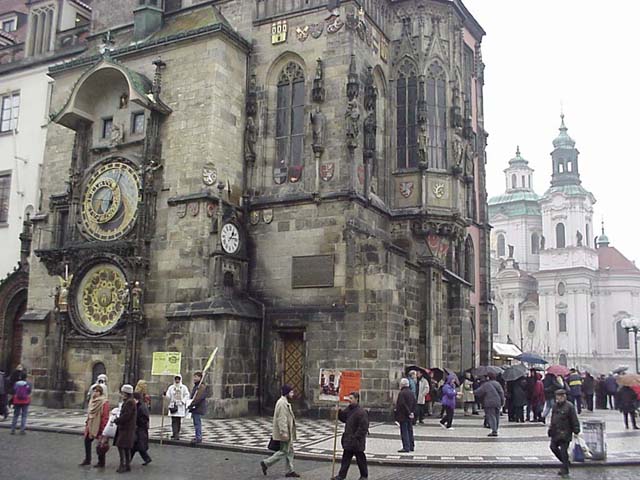 Prague is one of the most historic cities in Eastern Europe. First settled by the Slavs in the seventh and eighth centuries. Built on the banks of the river Vltava, it is one of the smallest capitals in Europe, and everything of any historical interest lies within walking distance of it's centre. In particular it is well known for it's many beautiful medieval buildings.

All very pleasant no doubt, but not sufficient to explain why so many people have descended on the capital of the Czech Republic this weekend. For this we must look to another reason - the first Magic: the Gathering Grand Prix to be held in Eastern Europe. In fact the surprisingly large number of 618 players have turned up for a couple of days of Invasion/Planeshift Sealed Deck and Draft.

Of course, many of the people here this weekend are unfamiliar faces. We have players here from Poland, Czech Republic, Hungary, and Romania, and even from places like Ukraine, Latvia, and Russia. While most of you won't recognize the names of the players from these countries, Magic is really starting to take off in these parts, and to recognise this fact the area has been awarded a Grand Prix for the first time. In fact, we have another Grand Prix coming up in Eastern Europe in April, where the trail moves to Moscow.

As well as Eastern Europeans, we also have players from the West, as this Grand Prix attracted a record number of different nationalities to participate. We have three Americans here this weekend, a couple of Belgians, a Finn, and a Spaniard. Countries who have sent more representatives are the Netherlands, France, and Germany - but in fact we have players from almost every country in Europe. One notable absentee is England, who doesn't have a single entry into the tournament.

Some of the top European pros made the trip, but many didn't instead deciding to concentrate on the upcoming Pro Tour in Tokyo. In fact Kamiel Cornelissen - currently second in the Pro Player of the Year Race - has already flown out over there. Among those who did come down are the Ruel brothers, Noah Boeken, Ryan Fuller, Benedict Klauser, and Trey van Cleave - but many more are here as well. Expect to be able to keep up with how these players are doing throughout the weekend by reading the feature match reports.

The site itself is good - with a massive amount of space between the tables so players can move around easily. But the most impressive thing about it is the view. We are a couple of floors up here and there is a nice sweeping panoramic vista of Prague. You can even see the castle from the venue. Let's hope that the players don't get too distracted by the sites to play!

Stay tuned throughout the weekend to see how it turns out.