Share Article
Share Tweet Share
weekend marks the third time the city of Sendai has played host to a premier Magic event. Sendai, the largest city in the Touhoku region, has become like Yokohama or Kyoto—a familiar stop on the Grand Prix circuit.

While we're waiting for the competitors to build their decks, let's take a stroll down memory lane and look back at the previous two Grand Prix held in this northern city. 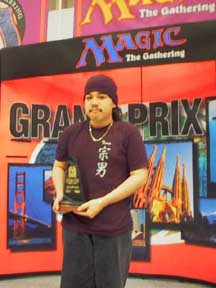 The first stop on our Sendai time machine is September 11, 1999. Back in those days, there was no Sideboard Online. The only "coverage" for this event that can be found on the web is a simple profile of the winner Masayuki Higashino and a photo of the site. (It wasn't that Grand Prix were not covered—even the Asia-Pacific Championship that year had no coverage.) The format for this Grand Prix was draft, using the infamous Artifact Cycle (commonly referred to as "Urza's Block").

Sharp-eyed readers have probably already noticed that the name for this event wasn't "Grand Prix—Sendai" but "Grand Prix—Touhoku". We're told the reason behind this naming convention is that Wizards of the Coast wanted to emphasize the regional expansion of Magic, as at the time the only major events had taken place in Tokyo and Osaka. For the same reason, the Grand Prix held in Fukuoka during October that same year was called "Grand Prix—Kyuushuu".

It was from about this time that the tournament scene in Japan began to really develop. Wizards of the Coast began investing a great deal of time and energy into promoting the DCI in Japan, running several GP each year and eventually making Japan a regular Pro Tour stop. Regrettably, this has had the effect of making premier events mundane in some peoples' eyes, but at the time GP Touhoku was something special, as it was only the third premier event to be held in Japan.

Tournament Magic in Japan then was dominated by two teams, "Team Muneo" from Osaka and "Team John" from Tokyo. The top players from each team, Masayuki Higashino from Team Muneo and Kazuyuki Momose from Team John, faced each in the finals that weekend over four years ago. In the end, it was Higashino—then the reigning National Champion—who was triumphant, using his red-blue deck containing such cards as Sigil of Sleep and Treachery to take down Momose. (Momose would of course later go on to have his time in the sun as a member of Team Panzer Hunter.)

On a side note, the finals of that year's Asia-Pacific Championship, held just a few months before Touhoku, also saw a Team Muneo vs. Team John match-up. There, Team John was victorious, as the soon-to-be legendary Masaya Mori wielded a Survival of the Fittest deck to defeat Osamu Fujita's Mono-Red Covetous Dragon deck. Momose and Higashino both made the Top 8 at that event as well.

Although both teams have officially disbanded since then, their contribution to Japanese Magic is immeasurable—most of the players you see in the feature match tables today started out as members of either Team John or Team Muneo. 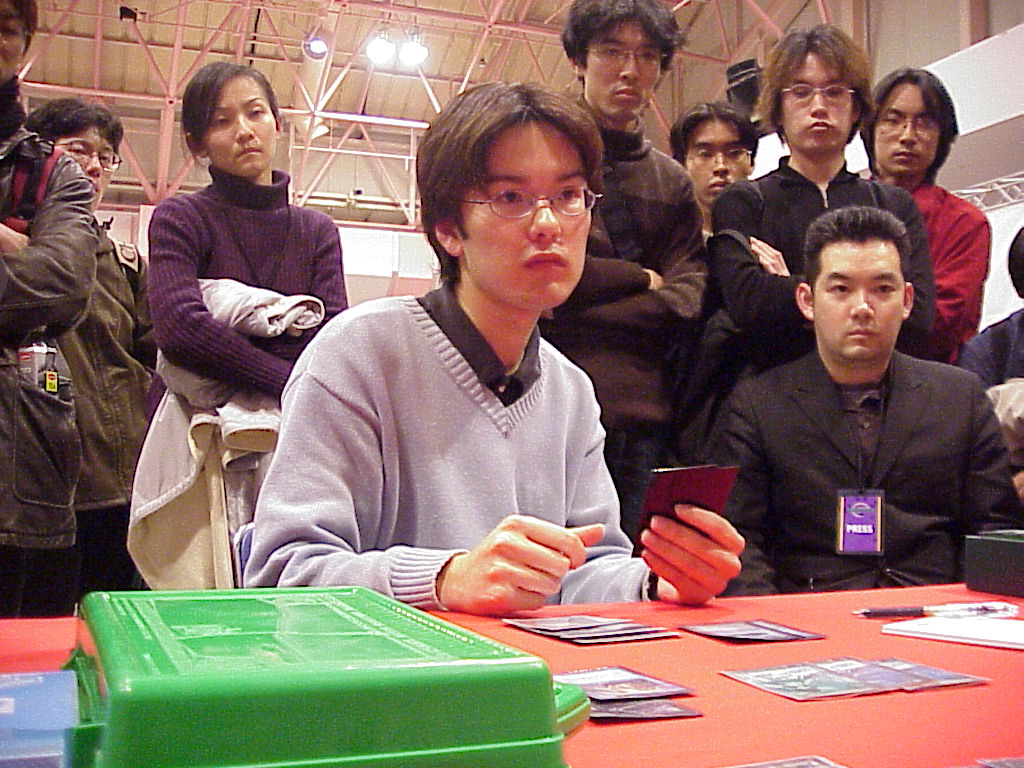 The second Grand Prix to be held in Sendai took place on the weekend of December 15, 2001. The format this time around was Extended. At the time, Odyssey was the latest set, and environment, which still contained the pre-banning Ice Age block, was dominated by Trix. This deck, which Kai Budde used to win Pro Tour—New Orleans that year, was based around the Illusions of Grandeur/Donate combo. (Readers with good memories will recall that Tsuyoshi Fujita used a Trix deck to win Grand Prix—Kyoto the year before—the event that qualified him for Pro Tour—Tokyo.)

Tournament Magic was at its peak at this time in Japan. The opening event of the season that year, Grand Prix—Kobe, set a new record for attendance, with 1348 players competing. That record stood for three years, being broken only recently at Grand Prix—Madrid.

When asked about the second Grand Prix—Sendai, most players will probably tell you they remember the snow. The day before the event, Sendai had almost 20cm of snowfall in roughly 8 hours. With even public transportation paralyzed by the unexpected weather, many players were unable to attend. Since then, all wintertime premier events in Japan have been held in southern, more warmer locations.

The champion of the "Winter Wonderland" Grand Prix was Kazuaki Arahori, a young player from the "Hachiouji-gumi", a team which would later evolve into the "Asahara Union", led by Akira Asahara. Arahori won playing a deck designed by Asahara called "Zombie Go". This Zombie Prison variant used Winter Orb and Opposition to achieve a soft lock while using cards like Squee, Goblin Nabob and Krovikan Horror to reap card advantage using Zombie Infestation

Miracle Grow, a deck which would grow in popularity as the anti-Trix deck over the season, was used for the first time at this event by Pro Tour—Paris champion Mike Long, who made Top 8 and thus qualified for another leg of the Pro Tour. The Top 8 also featured Katsuhiro Mori (who later went on to become Rookie of the Year) and Kazuya Hirabayashi, both of whom were using Trix decks with Morphlings. In the end, though, Arahori swept through the elimination rounds, becoming Japan's second amateur champion.

With a crowd of new faces, and an amateur champion, the second Grand Prix—Sendai is remembered by many as the launching point for the careers of a number of famous Magic players. It maybe that it was the watershed event signaling a generational change, a changing of the guard, with new and amateur players dominating the standings. Will Grand Prix—Sendai '04 see the birth of a new Magic star? Follow the coverage this weekend to find out.