After much speculation, the Phyrexians finally won, and so new Phyrexia compleated Scars of Mirrodin Block. So what cards have impacted Standard the most this weekend?

This little guy looks rather innocuous on the surface, but when suited up with a Splinter Twin , can make about as many copies of itself as necessary (and there's not usually any incentive to stop at "just what's necessary"). There have been many ways to build around this combo sighted here this weekend, ranging from straight Blue/Red, to Blue/Red and any one of the remaining three colors. The rise of Deceiver Exarch has caused an increase in sideboarded Combust s.

One of the most versatile Clone -style creatures we've seen in a long time, and at a very competitive cost, to boot. Copying anything from Inferno Titan to Sword of Feast and Famine to Birds of Paradise (things weren't going well for Matt Marr that game). Rumors have been circling that Phyrexian Metamorph might also make an appearance or two at Pro Tour Nagoya next weekend.

This harmless looking 0/4 flew under the radar for about as long as anything can be expected to do so these days (about 2 minutes and 45 seconds.) Spellskite has been summoned to protect a wide range of Very Important Persons, allowing Deceiver Exarch s to suit up uninterrupted (and incidentally, also interrupting opposing Exarchs), letting equipped Squadron Hawk s to attack unimpeded, and even leaping in front of stray Lightning Bolt s that may have been intended for Planeswalkers.

As far as removal spells go, Dismember has definitely set the bar high. I imagine that it has occasionally been cast for its normal mana cost of , but the majority of the time, people are paying , and marking their life total 4 points lower. Dismember has closed the loop on several vulnerabilities decks once had (CawBlade vs Fauna Shaman or Lotus Cobra , Mono Red and Boros vs Kor Firewalker ) while being a very cheap and effective way to disrupt anyone looking to equip or enchant a creature.

Allow me to wax alliteratively for a moment, but Batterskull 's a beating. Combined with Stoneforge Mystic , people can expect to see it entering the battlefield as early as turn three. At any point in the game, a 4/4 with lifelink and vigilance is an imposing line of defense, and being able to attack early and often will make (for instance) the life cost of Dismember negligible, and ensure an aggressive deck will be facing a very steep, uphill battle.

So it's safe to say the New Phyrexia definitely turned the power in Standard up a notch! No wonder the Mirran's didn't stand a chance. 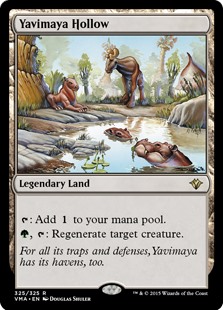 can be paid with either