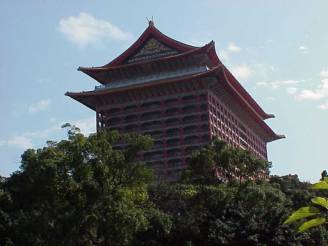 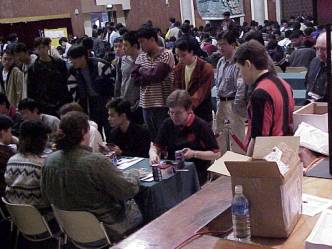 In the shadow of the Grand Hotel, Taipei Grand Prix's top 64 players continued their second day of Extended competition. Sligh continued to play very well for Alex Shvartsman who went undefeated until round 10, where he lost to Toby Tamber playing Nutsack Warrior (see day one report for decklist and back story.) GP players had to compete with a winding, spiraling line of people to enter the venue as over 400 players waited to enter the Nemesis prerelease. Players were very excited to see this newest set with some of the favorite cards being Rootwater Thief and Mindswords. 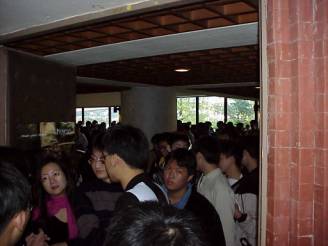 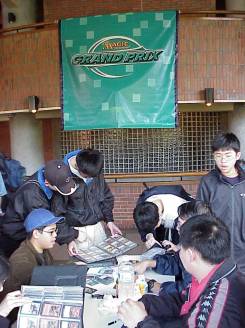 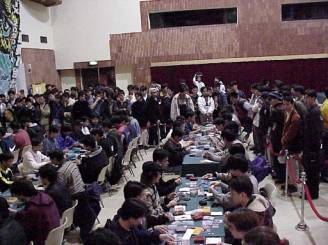 Card trading continued at a lively pace as fans capitalized on the GP and prerelease's large crowds. Fans with binders filled the entry hall tables and floor space then spilled out onto the front steps of Taipei's Jian Tan Youth Center. Meanwhile, curious fans crowded around the GP top players to watch the action. Among the decks played on top tables, Sligh, Sliver and Control decks were prominent. However, newcomer Nutsack Warrior made a big splash and held onto table one for several rounds. 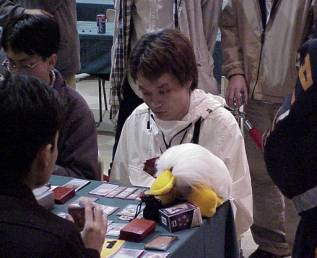 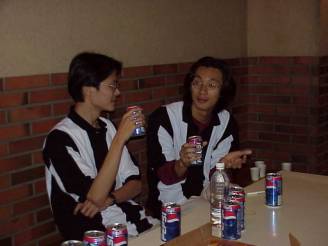 While some newly certified judges take the Pepsi Challenge.