The Hall of Fame at the Pro Tour

Induction into the Magic Hall of Fame isn't just the recognition of a career as one of the greatest mages in the game, it also comes with a lifetime qualification for every Pro Tour event. This weekend at Puerto Rico we had a record ten Hall of Famers competing in the main event. While the specifics may have differed, they all came to game.

Some greats, like Ben Rubin and Zvi Mowshowitz, have had their fire rekindled by their induction and have picked the wand back up. Rubin has started playing seriously again and will be attending Pro Tours regularly going forward. Others, like Raph Levy, the Ruels, and Frank Karsten, haven't even slowed down and are fixtures at the top tables. Some simply enjoy the excuse to visit some of the world's most beautiful cities. 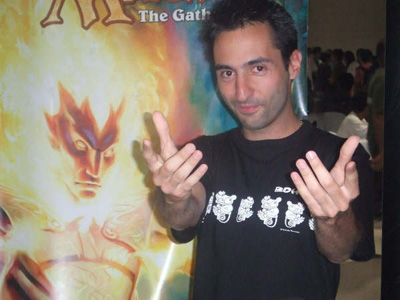 Raphael Levy is a fixture on the Pro Tour, HOF invites or not.

However, it's not just the exotic and exciting locations that can bring the old guard out of retirement. Take Dirk Baberowski. He spends half the year in Curacao, no less glorious an island than Puerto Rico. Given the opportunity for a relatively short flight, however, he and Phoenix Foundation teammate Marco Blume came out to battle. The draw for them is the good times to be had with friends from around the world. 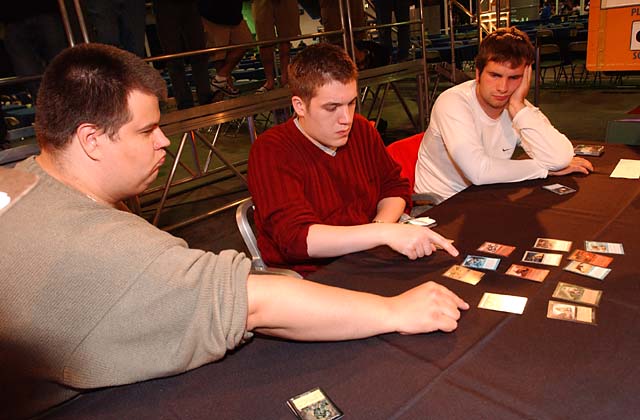 Marco was most excited about a change he sees in the overall atmosphere of the Pro Tour. While the competition is at as high a level as it ever was, sportsmanship is way up. The biggest factor contributing to this, he said, is the change in the way judges enforce the rules. With minor infractions no longer carrying the heavy penalty of a game loss, players are no longer incentivized to play in a cutthroat manner in hopes of a slip-up from the opponent. As a result, the focus has returned to the play of the game itself and players are friendlier both in and out of matches, and the Pro Tour is a better experience for everyone, pro and non-pro alike.

Of course, playing in the Pro Tour itself wasn't the only place to find Hall of Famers. Randy Buehler, who won his very first Pro Tour before leaving competition to take over as the head of Magic R&D, was gunslinging in the Champion Challenge. He was joined there by wacky deckbuilder and Hall of Famer Alan Comer, also a Wizards of the Coast alumni. Lucky players could catch them demoing the upcoming Archenemy, and playing against them was free! 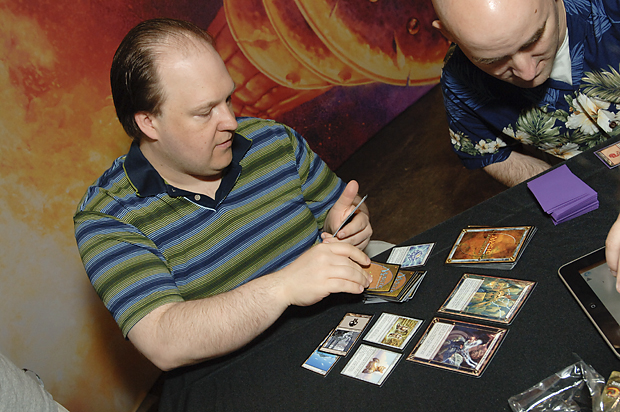 The best players in the history of the game, back in the habit or just playing for fun; one more group of players celebrating the Pro Tour here in San Juan.