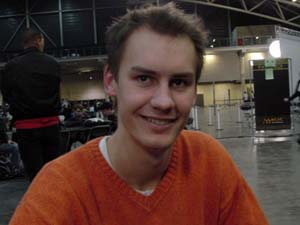 Helge is German, and recently moved to Dortmund to study Physics. Before that, he lived in Ratingen, and his Magic-live was rather unexciting, but after he moved to Dortmund, he managed to qualify for the German Nationals with a 8-0 sweep in the last chance qualifier. He didn't have any Pro points before today, so in addition to the top 8 prizes, he will take home a sizable amateur check. 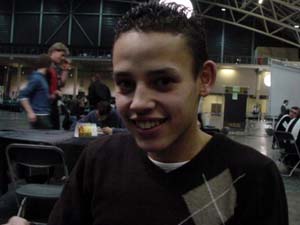 Maurice, 18 years old and the youngest contestant in the top 8, usually lives in Groningen in The Netherlands. He is an amateur as well, and this is easily his greatest Magic-achievement so far, as his best finish before yesterday was a day 2 at GP Eindhoven a while back. He believes he has a strong deck, and hopes to win at least one round. 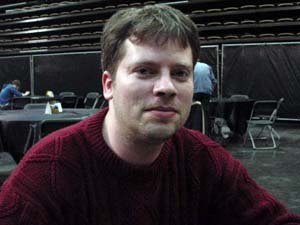 Although he frequently play-tests with the strongest Dutch Magic-players, Magic isn't the game he is best-known for. He is still an amateur in this game, and his strongest finish before today was a day two appearance at GP London. The game he is really good in is chess, where he plays at the Grand Master level - good enough to draw a three-game match against well-known players as Kramnik, and to qualify for the World Championships.

Back in Holland, his friends call him Dimi - and, recently, Dimi R. He really deserves the name - in the final draft, his first pick was a Dimir Guildmage, which he took over a few superior cards. 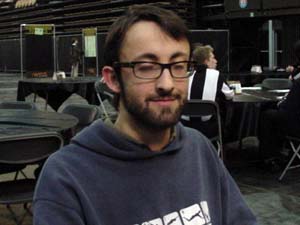 Francois is French, as some people may guess from his name. He has a single pro point in his account, from a 24th place in Grand Prix Madrid, and is therefor not playing for amateur money. Still, a top 8 finish is a nice payday. 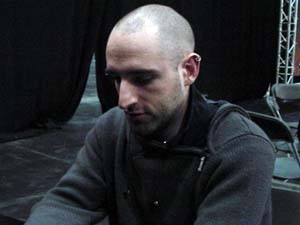 Since just about whenever the UK has been a massive underachiever on the world stage at Magic. Yet through the recent dark times there's always been Sam Gomersall. Gomersall made it to the last Invitational on the back of a reputation as one of the toughest players to draft against on the planet. This is his third top 8 appearance at a Grand Prix and he has managed to make the top 32 of just about every limited Pro Tour in the last couple of years. Gomersall has really embraced the lifestyle of a Magic Pro and travels all over the world. For the last couple of weeks he's been drafting on Magic Online around seven times a day.

Okay so technically Gomersall seems to be in the States more than he's back at home but I'm still claiming him as English. We need all the help we can get. 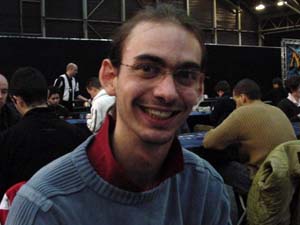 Julien Goron is the latest in a seemingly infinite line of good French players to hit the Magic Scene. Goron is the current French National Champion and has had an incredibly solid year on the Pro Tour. His achievements include Top 24 PT Columbus, Top 12 PT Nagoya and Top 32 PT London. He is a resident of Paris and is currently working in the Post Office. 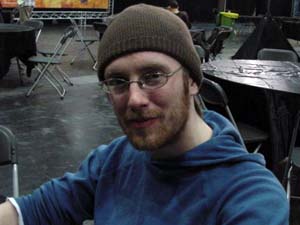 The world is probably going to end. The last time the UK put two players in the top 8 of a Grand Prix that wasn't on British soil was … erm … a long time ago, Barcelona 1999 maybe. This is Quentin Martin's second appearance in the top 8 of a Grand Prix after finally breaking through in GP Bologna last year. He is a regular competitor on the Grand Prix circuit and consistently manages high level finishes. He also has a reputation for unusual draft strategies. Martin is a philosophy student living in London. 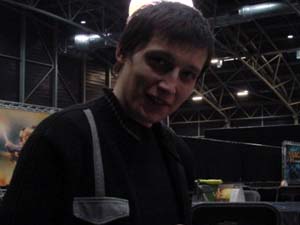 A biography of Ziga Fritz Kunc also has include reference to ancient history. The Slovenian has been a round for a while. He won a Grand Prix back in 1999 (Milan) and has come back into the game with recent money finishes at three Grand Prix and once on the Pro Tour. He is a resident of Slovenia's capital Ljubljana. He was actually a bit disappointed that the tournament format did not include Guildpact. He is not a fan of triple Ravnica as green is so strong and he doesn't like playing green.