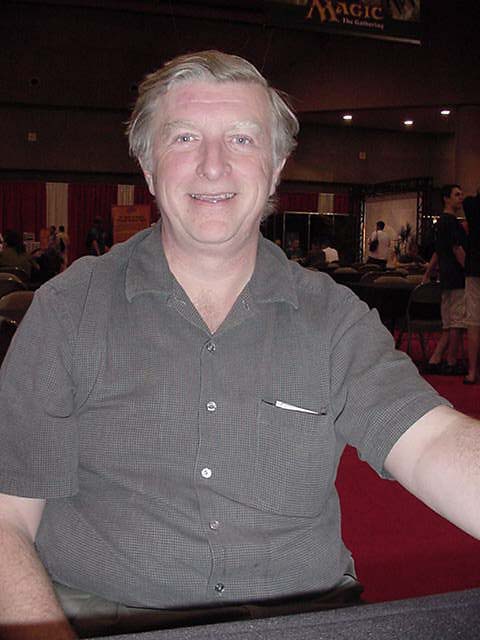 I'm not too experienced with interviewing people, much less interviewing people who I, and most people in the Magic community, consider a legendary figure. Pro Tour Winner and Player of the Year Bob Maher started playing Magic with his father when he was 13, back in 1993.

Bob Maher, Sr. is now retired, but he was in charge of a very large consulting business that was headquartered in Chicago. He traveled more than he liked, so he looked for something he could use to spend more time with his son. He tried chess at first, which Junior was good at and learned quickly, but didn't take much enjoyment out of.

Then Bob Jr. brought Magic home to his father, and they learned that together. "We played SO MUCH," Bob, Jr. said, "Every night we would play Constructed or Continuous Draft or whatever the Arena format was then."

Both father and son competed in Nationals in 1996, both making Top 64 in the second day. "I stopped playing competitively around 1996-1997, when people started getting too serious and upset when they lost. Everything became too cutthroat and there was no more enjoyment after that."

"We used to travel a minimum of 45 minutes to get to a tournament, and up to two hours sometimes to get to the better ones," Junior said. "One year I was on tour with choir, so I missed the Comic Con 1995 (Concentric back then). I came home to three plaques and two pieces of original art, including Hymn to Tourach."

"Since my son wasn't there, I won all the Magic tournaments that weekend," Bob Sr. concluded.

"Its funny watching him play now, because I know how good he used to be."

"There's a big difference between Magic now, and when I used to play. There didn't used to be money involved, just trophies." - Bob Sr.

Now that Bob, Sr. is retired, he plans on coming back into Magic. "I have more time now to play test when I didn't before." In contrast, Bob Jr. doesn't. He's attending school full time and also recently married, so he doesn't have enough time to play test like he used to. Despite this, he's done very well for himself on the Pro Tour circuit.

"I believe he has plenty of potential, since he hasn't been playing a whole lot this last year, so when he eventually does get free time to playtest, he'll grow a lot."

"Did you know there was a Cruise Con?" Bob Jr. asked me.

Cruise Con was before there were Pro Tours. In order to participate, you had to go on this five day cruise down through the Bahamas. "This was the only Magic tournament my wife attended, since it involved a cruise.

"I ended up in the finals of the tournament against Richard Garfield," said Bob, Sr., "We were in game three, 20-20, and the time had run out. They didn't have rules for tie breakers really, so they took each turn one at a time, and who ever ended that turn with the higher life total would win. I asked Garfield if he was sure about that, and he answered yes, so I played Streamed of Life for two and said go."

Bob won a "Knights who say Ni," which is a Garfield-modified card (written on White Knights). Back then, if you had a card that Richard Garfield changed and signed, you could play it in actual tournaments. Bob's card read: "every time you say ni, deal one point of damage to target opponent." It's a spoof from Monty Python and the Knights who say "ni."