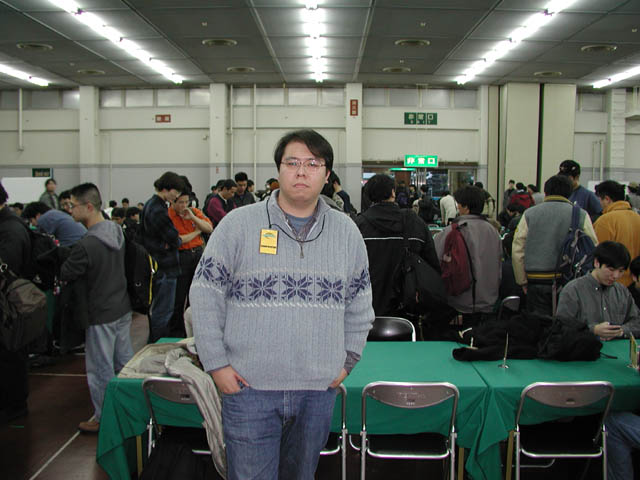 With the deck construction time over it was time to find out what some of the big names thought about their sealed deck. I decided to talk with Ken'ichi Fujita, winner of Grand Prix Tokyo and Grand Prix Taipei 1999, who is regarded by his countrymen as one of Japan's best Limited players. I looked through the pile of cards that had not made the cut for Ken'ichi's deck and was startled when I found a Treva, Sunscape Master, Armadillo Cloak, two Thornscape Apprentice and a Benalish Trapper as well as plenty of other strong cards to choose from these colors. So you are probably thinking you would been very happy to have those cards in your deck but remember this was Ken'ichi's side board.

Here is the total card pool Ken'ichi opened from his tournament pack and two boosters.
(played/total) 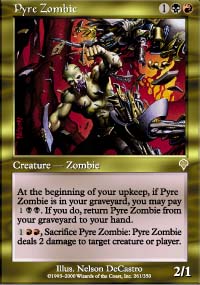 The interview was as follows, with translation help from Keita Mori.

What color/s did you most want to play for Invasion sealed deck?

I most wanted to play black and red with either blue or green for support. I think that black and red are the best two colours to play for Invasion sealed deck.

Was it a hard choice for what colors to play?

No, not really. I think that I might have played green/white/blue if the Acolyte was an Obsidian Acolyte instead if Crimson Acolyte but I think that the deck would have been to vulnerable to black removal. I had some very good black removal so I wanted to play with it. The cards that most made me want to play the deck that I am are Pyre Zombie, Sky Weaver, Spite/Malice, Agonizing Demise and Soul Burn. If I had Exclude I think that this sealed deck would be perfect for me. 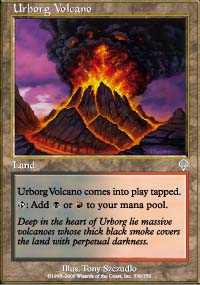 The deck that I am playing today should have good mana consistency because I have Dream Thrush and Urborg Volcano.

Do you have any cards that you think will be strong from your sideboard?

I think that I will bring in Vodalian Serpent against blue and big green creature decks. I can even change my whole deck to green/white/blue if the match up will be good for those colors.

How do you think that you will go today?

I think that my deck is good enough to go 6-1. I have three byes so if I win three out of four games in the afternoon I will be happy.