Whenever a new set hits the streets, it inevitably changes the way that people draft. And when a set is only a few weeks old, like Dark Ascension is right now, not everyone is going to have the same views on the format. Not even teammates...

In order to learn more about Dark Ascension Limited, I took a minute to talk to David Ochoa and Ben Stark and asked them if they thought there were more, or fewer, viable archetypes in Dark Ascension Booster Draft than there were in Innistrad. 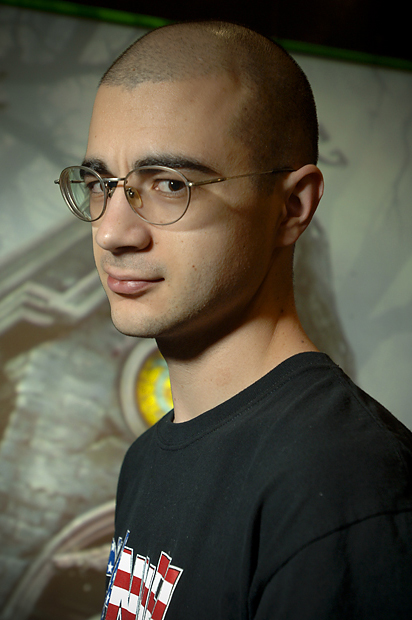 David Ochoa feels that white is the color to draft with Dark Ascension in the mix.

"Triple Innistrad has the obvious really good archetype of White-Green Aggro, and generally you wanted to draft an aggressive deck, but there were also a lot of good niche decks you could draft like like Blue-Green Spider Spawning."

"I think there are fewer viable archetypes in Dark Ascension than there were in Innistrad. White is the best color in Dark Ascension by a mile, while blue and green have both gotten a lot worse than they used to be. Black and red are better now, thanks to Fires of Undeath, but most (non-white) decks got a lot weaker." 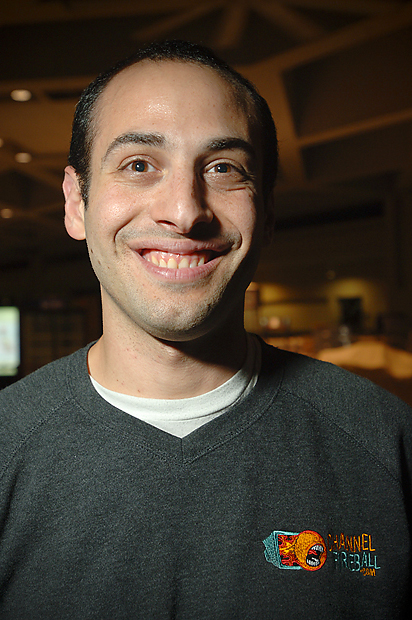 Ben Stark's opinion on the modified Limited format is that, while aggressive decks are stronger, the unique archetypes are still there for players who find them.

"I think that all the fun archetypes like Burning Vengeance, and Spider Spawning are no longer viable, but there are way more good aggressive decks. You can play red-green, white-blue, black-red, white-green, white-black, and your deck will probably be pretty good if it's aggressive."

A brief survey of the top tables seems to provide support for the second half of Ben Stark's argument, as players have been winning with just about every color combination imaginable.

But I wouldn't count out the "fun archetypes", as Ben Stark refers to them, just yet.

Old school pro, and Grand Prix Montreal Champion Rich Hoaen was seen winning with a Blue-Green Mill Yourself deck (which he also decked at least one of his opponents with thanks to Geralf's Mindcrusher), Australian Pro Jeremy Neeman sideboarded into a 44 Forest Lost in the Woods deck to varying success (check back later for the full story), and more than a couple of players were seen getting milled to death by Curse of the Bloody Tomes and Shriekgeists.

Will aggressive white decks, and Fires of Undeath fueled black-red decks become the defining decks of the format, while green, and blue decks fall to the wayside? Or will players continue to find success with aggressive decks of all kinds while graveyard based strategies and control decks struggle to win? Or will Dark Ascension Booster Draft ultimately prove to be one of the most diverse Limited formats in years?

Continue following along at DailyMTG.com to find out!