By Brian David-Marshall and Craig Gibson 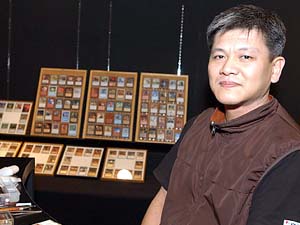 Seishiro "Wicked" Okubo was on hand to display his intricate 3-D sculptures of Magic cards. 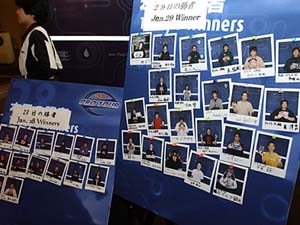 Although you cannot buy any of Okubo's work, several of his masterpieces were available as prizes for side event winners. Other prizes included a console games, and iPod, and a Nintendo DS. 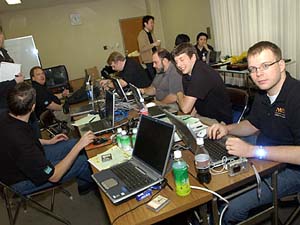 Ted Knutson looks up from the hard work of writing live event coverage. 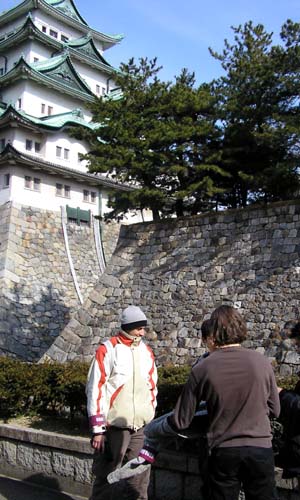 Many pros came to Nagoya early to visit friends and take in the sights and sounds of Nagoya. You can't come to town and not visit Nagoya Castle. (Photo by Greg Collins) 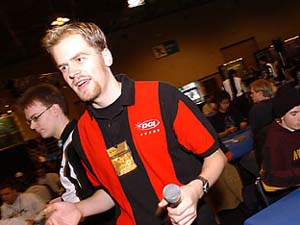 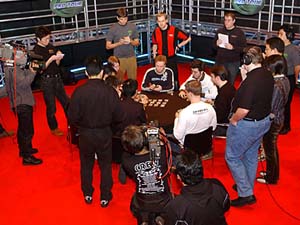 There were more people in the feature match area judging, taking notes for coverage, and shooting the video than there were finalists in the Top 8. 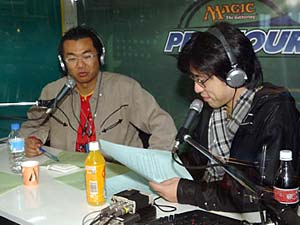 Koichiro Maki (left), sometimes known as the Japanese Mike Flores, and Tsuyoshi Fujita, the first Japanese player to ever reach the Top 8 of a Pro Tour provide insight and analysis for the Japanese audience. 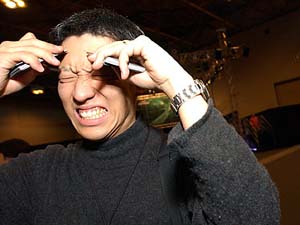 Masashiro Kuroda thought he had drafted a deck to take down quarterfinal opponent Anton Jonsson with multiple Mountainwalkers. An army of Soratami saw to it that there were no Mountains for the Bruisers to walk on and Kuroda did not reach the semis. 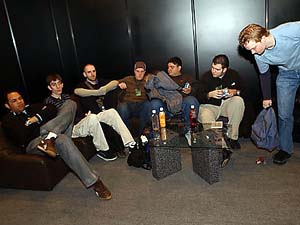 Team TOGIT is joined in the swanky -- and exclusive -- Player's Lounge by Sam Gommersal and Top 8 competitor Frank Karsten. 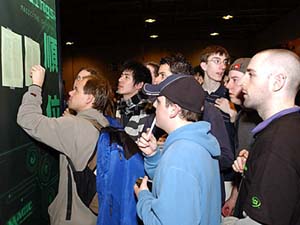 Players pressed close to see the standings near the end of Day Two in the hopes of finishing in the money -- or better yet in one more draft. 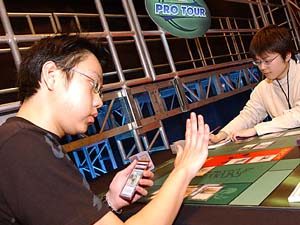 Terry Soh and Shu Komura met in the Swiss late on Day Two in a Meluko, Clouded Mirror match. Shue won that match and went on to win the whole tournament on Sunday. 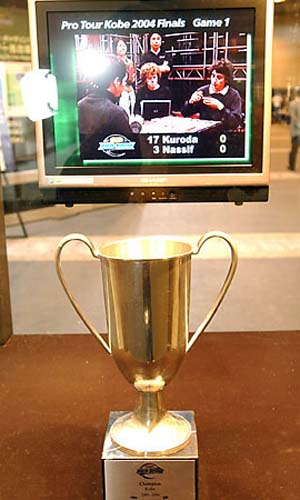 Masashiro Kuroda's trophy from his historic victory in Kobe was prominently displayed with along with the webcast of the finals. 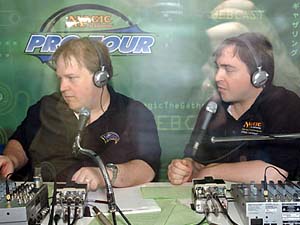 Randy Buehler (left) and Brian David-Marshall stare intently at the monitors as they provided play-by-play, commentary, and analysis throughout the Top 8 of this exciting Rochester Draft Pro Tour.