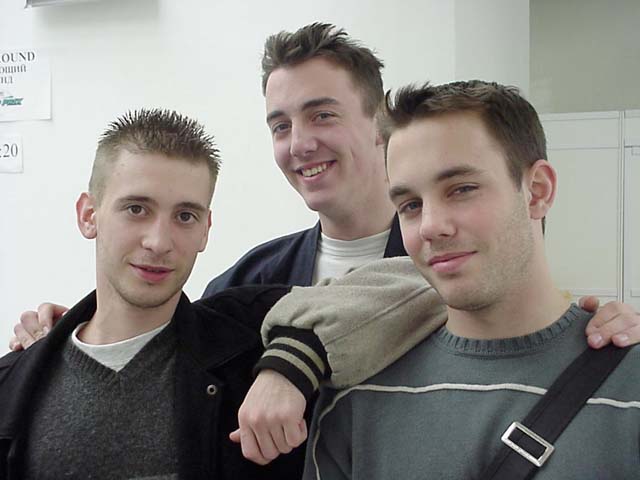 Franck Canu and the Ruels, able to smile after their harrowing ordeal

Three French players had made the trip to Moscow: Franck Canu, my brother Antoine and myself. Since we all had a 6-1 record at the end of day one, we could hope for the slots in the Top 8 for which we came.

A funny thing in Moscow is the way taxis work. You can stop any car and pay the driver for the trip - for example, 15 USD from our hotel to the tournament site. Everybody is prepared to take you in order to earn something extra. It is very easy to get a taxi, and everything would be perfect if the drivers knew their city as well as professionals do.

Let's go back to Sunday morning. Knowing the first round would start at 8:30, we left our hotel and jumped into a taxi at 7:50. Since the site was between five and ten minutes away, we were sure to be on time and did not even think about being late.

In the taxi, we were pleasantly surprised to see the man had a map. "OK, I know were it is", he said. After 15 minutes we started to realize we had never seen all these little streets. If it was a shortcut, it was not the best I had ever seen. He stopped ten times at least (I exaggerate, let's say seven) to ask for the way. Finally a policeman showed him the direction, 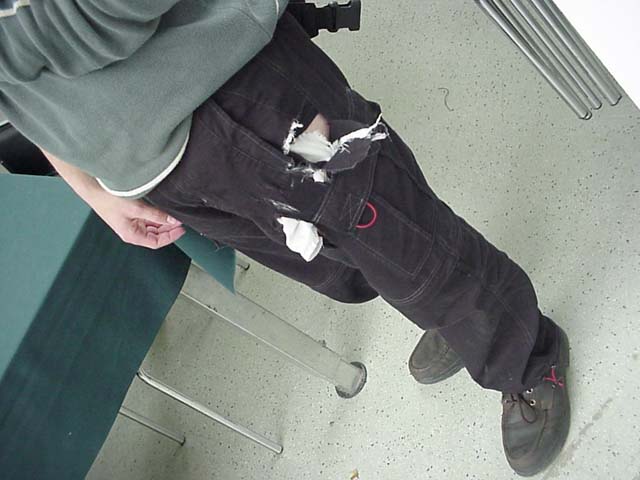 Antoine Ruel's trousers did not survive the tournamentit was 8:15 then. Ten minutes later, we had come back to this same street and we asked the driver to stop, since we knew we were not too far from site. The only thing we could do was run after time. By miracle, we reached Our Holy Grail nine minutes after the beginning of the round. That is to say we had lost game one and were very exhausted since we had been running for fifteen minutes as fast as three Magic players can, but also because we did not have enough time to eat or to drink anything. On top of that, Antoine had fallen, hurting himself and tearing up his trousers.

Both Antoine and I were playing Counter Dromar and we were paired against our worst match: that is blue/black. We both lost the round.