ere I sit, in the middle of Amsterdam, surrounded by canals, bicycles, and the sounds of a city that has existed for over 700 years. I look around the room and see friends from Asia, Europe, North, and South America milling about in conversation. The room I am in is draped with flags from over 70 countries, decorated with massive metalwork trophies, and facts and figures about the history of this game and the tournaments being run this weekend.

Then it hits me: I am here because of a game. A game I've been playing for twenty years. It boggles my mind to think that all of this spectacle and grandeur has sprung up surrounding something as simple as words and art on cardboard, something I learned to play when I was in middle school. I have been traveling the world to write about a game. When I tell people this, they don't scoff or tell me to grow up. They don't mock me for my decision. In fact, most people tend to find it fascinating that I get to travel around the globe for something that doesn't even sound real.

I am not alone. In addition to the hundreds of people around the globe that do what I do for the myriad of games that have a professional circuit, there are thousands and thousands of players that make it their life to travel the globe, chasing their dream of being the best in the world at a game they love, making gaming their chosen profession. In some places, like Korea, gaming culture is so well-respected that professional gamers are treated like rock stars. It's an incredibly respectable profession to move into.

In some places, however, this is not the case. Lee Shi Tian knows this as well as anyone. 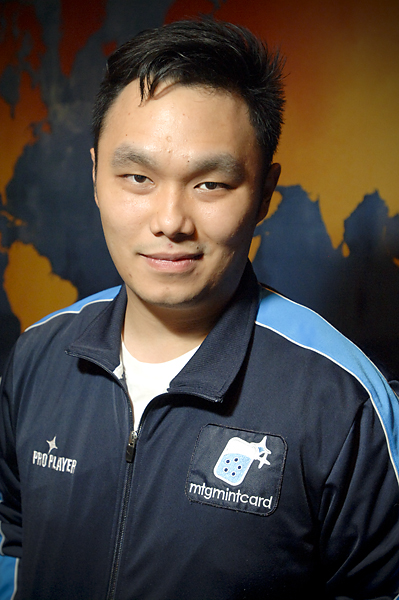 Lee Shi Tian put Hong Kong on the Magic map, and as the region's top player, he continues to strive for perfection and to make Magic an accepted lifestyle in Hong Kong.

"Hong Kong is one of the financial centers of the world," Lee began. "People there are more concerned with business than their entertainment. When I tell people that I travel for tournaments, they often condemn me and ask how long I'm going to continue to do this."

Admittedly, people who decide to make leap to making Magic their profession often face an amount of skepticism from people in their lives. Convincing parents and family that it is something that is a positive thing to devote your life to can be difficult to do, but in most places, support is far easier to come by than in places like Hong Kong. Getting taken seriously can be so difficult in Hong Kong that it took Lee living outside of Hong Kong to begin to believe himself that it was a possibility.

"I started to play Magic originally about twelve years ago," Lee recalled. "The community in Hong Kong is not very large, and they are mostly casual players instead of competitive players. In 2008, I went to England as an exchange student. While I was there, I decided to go to some Grand Prix events in Europe, and then I luckily won one of them. Because of that, I began playing Magic competitively."

The tournament in question was Grand Prix Birmingham in 2008, and the format was Lorwyn Block Constructed. Lee's weapon of choice for the weekend was the White Weenie Kithkin deck, which he admittedly got bored of over the course of the weekend. Upon looking back, the Top 8 that Lee had to defeat to claim the title was a veritable who's who of European Magic, including World Champion Antti Malin, Hall of Famers Jelger Wiegersma and Raphael Levy, and Pro Tour Champion Remi Fortier. It was in this forge that Lee's competitive fires were stoked, and he didn't look back, even though he knew that his decision would be admonished.

"The general lack of respect that gamers get in Hong Kong is one of the major reasons I am so driven to do well," he told me.

Rather than sit back and continue to struggle alone, Lee took charge. Upon returning to Hong Kong, Lee marshaled the players who had the competitive spark and formed them into a team that began to focus on competitive Magic. In time, his network grew, picking up a number of top players from the APAC region, most notably Tzu-Ching Kuo and the World Magic Cup winners.

"I think that the most important part of playing Magic is that it has let me meet many great friends in many different places. That part is more important to me than just playing the game. Meeting the people. I have made so many friends playing Magic that have become a big part of my life. Chapman Sim in Singapore, Ruei Shen Wang, Tzu-Ching Kuo, and Hao-Shan Huang in Taiwan are just a few."

This companionship even stretched across the oceans as Lee and the leading APAC team, MTGMintCard, began testing with the Canadians from team ManaDeprived.

"That started from when Tzu-Ching Kuo met with Alexander Hayne at the Players Championship last year," Lee explained. "They became very close friends and we began playtesting for the Pro Tour after that event."

The partnership proved very profitable for Kuo and Lee, as they put up an incredible run throughout the year, neck and neck until the very end. Unfortunately, though he was able to claim the APAC representation from Kuo and finish in the Top 20 of the Player of the Year standings, Lee fell just short of a very important milestone this past season.

"This last year went very well for me," he began. "Unfortunately, I only got 44 Pro Points, falling one shy of what I needed for Platinum, so I don't think I will be able to continue to play quite as much as I did, but I still intend to play as much as I can."

Even though he may not be able to continue at the same pace he went with last season, Lee has dreams of working hard to attain Platinum this year so that he can return to full-time Magic. He has been playing for twelve years, tasted the lifestyle, and craves to maintain it.

"While I certainly started as a casual player, I would say that my first real love was Limited," Lee regaled. "Living in Hong Kong, when I started, I didn't have access to many cards. Limited was the only kind of Magic that I could play regularly. Even today, I like playing Limited more than Constructed. My favorite format of all time is triple Shards of Alara. I loved Naya. Wild Nacatl is too good."

Since his breakout win in 2008, Lee has done an incredible job shedding light on the plight of Magic players in some of the smaller Asian markets. Unlike Japan, the rest of the APAC region shares a relatively small pool of events. This is mostly due to the fact that the communities are much smaller on average. This has made it difficult for many players in Southeast Asia and Chinese Taipei to elevate themselves to the next level. The outlet simply doesn't exist like it does in the US and Europe, where there are Grand Prix events virtually every weekend. One result of this is that many players from the APAC region are stereotyped as lower-quality players.

Lee's performance in Birmingham against that absurdly stacked field, and then his eventual Top 8 at Pro Tour Return to Ravnica have really helped to put the APAC region on the map. Add to that the performance by Chinese Taipei at last year's World Magic Cup, and you have a clear elevation of game by players in that region. Lee Shi Tian was a single point away from attaining the highest level of the Pro Player's Club last year. The man can game.

"I am most proud of the fact that I am the first player from Hong Kong to win a Grand Prix and make a Pro Tour Top 8," he told me. "It is nice to get some recognition for players who come from where I am from. I am happy to be able to provide a good example."

He even had some parting advice for young players in regions such as Hong Kong or Singapore, places where prospective professional gamers tend to be treated as lesser individuals and not taken seriously.

"I think that the first thing to know if you are actually serious about trying to be a professional is if you are able to play the game under a large amount of pressure from those around you. It isn't easy. There will be times when you lose and everyone around you will be telling you that you are wasting your time. You have to be able to take it. And you also have to be ready to spend time to be professional. You have to be brave enough to do this."