ixteen-player Constructed metagames are an interesting beast to tackle. When building for a wide-open format like Modern where you know hundreds of players have a wide selection of archetypes, figuring out the metagame can be particularly difficult, oftentimes rewarding a player for simply sleeving up the deck that they have the most knowledge of.

But when it comes to sixteen-player tournaments, like this as well as the Magic World Championship, things change. The format is smaller, and time is of the essence, both in the time players can dedicate to one of four formats as well as in-game. Magic Online's player timer also plays a part in deciding the decks that people play. While an archetype like Melira Pod may be one of the most popular options in paper Magic, gaining a ridiculous amount of life one trigger at a time becomes a lot more tedious in Magic Online, nor does it guarantee you have won the game, which can influence the decisions of which decks players represent.

In this event, only two players chose to represent Melira Pod. After that, things split down in what is primarily three camps: those playing what seems good in theory for an unknown and small metagame, those attempting to metagame against the combo-heavy Modern format, and those simply playing what they find comfortable.

Preparing for four different formats can also prove difficult if you're short on time. It can be particularly difficult if your focus for the tournament is on Standard, since the Standard decks have a much larger impact on your finish should you make it to the Top 4. For 2012 Magic Online Champion Dmitriy Butakov, time was something he lacked when preparing for the Modern portion of the event, which meant his old standby to play, Gifts Ungiven, was not an option.

"A deck like Gifts Ungiven requires practice, not theory," said Butakov. "And I didn't have a lot of time to practice." This led to his choice being Jund for the day, as Jund theoretically is very good against a more aggressive metagame. He is not alone. Two other players also chose to sleeve up Jund, making it the most popular deck for the Modern portion of this event. He is joined by Tamas Glied and Bing Luke as the tournament's Jund pilots. 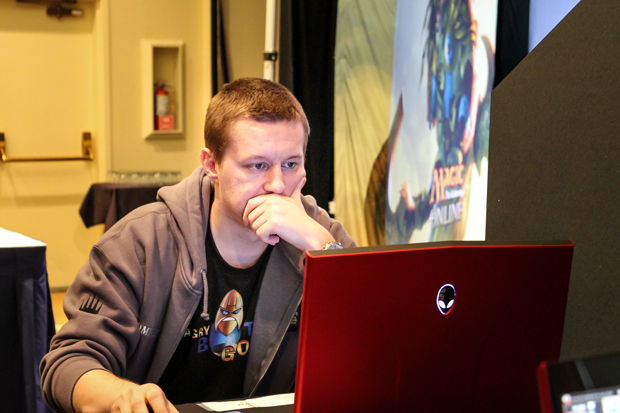 Alongside Jund as the most played archetype is Tarmo-Twin, with David Kaufmann, Valeria Villaneuva, and Anssi Alkio each piloting the three-color version of Splinter Twin that was made Pro Tour-famous by Patrick Dickmann's performance at Pro Tour Born of the Gods. This is particularly interesting since Alkio, who also finished in the Semifinals of that event, made the jump from two-color Twin (what we're calling U/R Tempo-Twin) to the three-color archetype. "I think the Tarmo-Twin deck is slightly better against an unpredictable metagame," explained Alkio when asked why he made the switch. Not knowing what the other fifteen competitors were bringing to the event, Alkio went with the more active Twin option, giving him a more effective beatdown win condition as well as a combo kill. 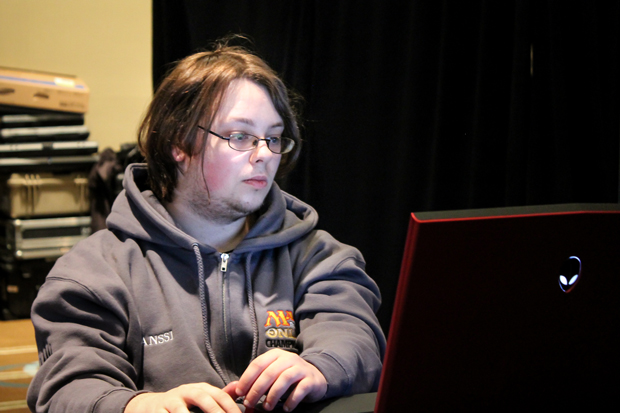 Alkio swapped deck builds from Pro Tour Born of the Gods to this event, though he is still playing the same archetype.

Burno Diaz is the sole player who chose the two-color version of the Splinter Twin Archetype, while Paul Nemeth is playing an unconventional Blue-White-Red archetype that has Kiki-Jiki, Mirror Breaker as a kill condition with Restoration Angel, but no copies of Splinter Twin.

Sitting at two pilots each are Melira Pod, being played by Seth Manfield and Lars Dam, as well as the rather surprising Merfolk archetype, piloted by Gabriel Rogasner and Ondrej Strasky.

With regards to Melira Pod, the concern of the life combo not being an active win condition due to Magic Online's timer was certainly a concern for players like Manfield. "If this were a paper event, I'd just jam Pod," Manfield said. "And against an unknown field like this one, I still think Melira Pod is my choice. But I was – and still am – worried of timing out. I don't think the life combo with Melira Pod matters much in this field, but it's still a worry." 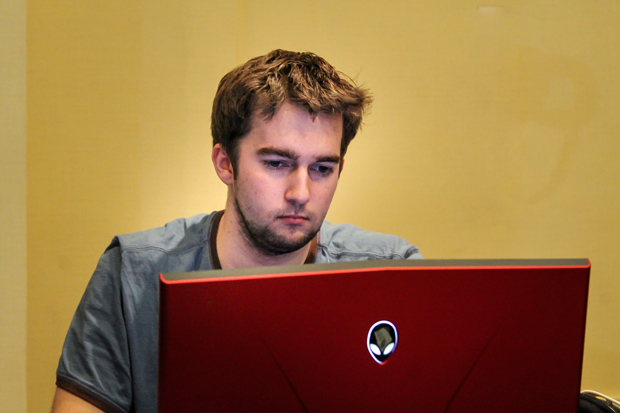 Seth Manfield was wavering between Melira Pod or another option, given that one of the Pod win conditions was hardly an actual way to win in Magic Online. However, in the end, he ended up going with the deck he is most comfortable with.

On the other side of the two-of archetypes, Merfolk has the advantage of being an aggressive, evasive archetype against combo decks, and cards like Vapor Snag as well as Æther Vial allow Rogasner and Strasky to combat the Twin archetypes from a couple of angles by having both disruption for the combo as well as a way to threaten an overrun of creatures without using mana.

The deck also takes full advantage of Meddling Mage, a creature that Rogasner in particular wanted to play for this event. "I wanted to play a deck with Meddling Mage, and Merfolk was the best shell for that," he said. "I've been playing Merfolk for years, but then I stopped when Supreme Verdict and Abrupt Decay were printed since those cards wreck the deck." He noted that the addition of Meddling Mage shores up these weaknesses a lot, giving him a way to stop not only combo cards from resolving against him, but uncounterable creature-killers like the aforementioned removal spells. 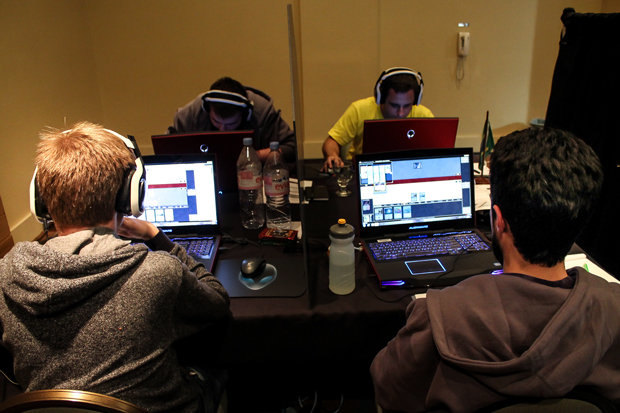 Rounding out the Modern rounds are a couple of solo representations for archetypes, with Hannes Kerem as the sole Affinity player, Cory Lack with Aggro Loam, and then Rune Andersen and Farand Lee playing Ad Nauseam and Turbo Time Walk, respectively.

The Modern metagame has shapred to to be very interesting, with many players picking archetypes that can be solid in an unknown and small environment, and others simply sticking to what they are most comfortable with. There are certainly some interesting decks being played today, and we'll be sure to keep an eye on them. And once the decks are up at the end of the day, you can see them – as well as try them out – for yourself.