Malte Holm flew across the Atlantic to meet 15 opponents he had rarely seen in real life. Denmark to Boston for a tournament is rather further than the customary bed to chair route taken by most Magic Online players getting ready for their next tournament. Dmitriy Butakov also switched continents to play here, travelling from the Russian Federation, but both had no complaints as they settled in as the elite pair left standing after 11 multi-format rounds here at the Magic Online Championship.

With both players on the Junk Reanimator plan which is so popular in Standard right now, there was the distinct possibility of a final riddled with small advantages eked out over many turns. That's not how it happened...

Holm had an excellent opening hand, and with Somberwald Sage in play on turn three, he was ready to unleash all kinds of savagery on Butakov, with a likely turn four Angel of Serenity about to utterly destroy the Russian board. 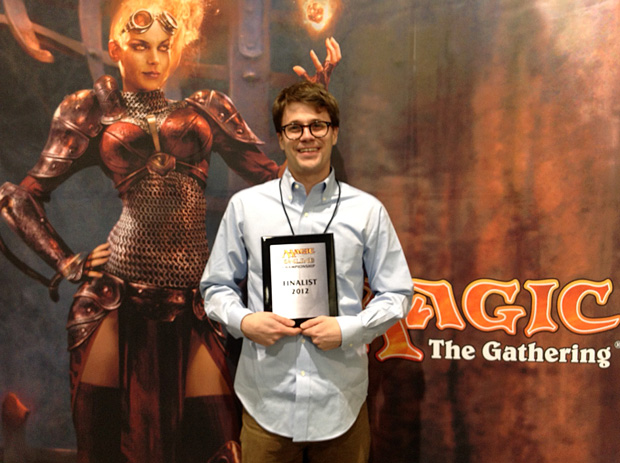 "I thought I had a pretty good matchup, because I have Somberwald Sage and he doesn't. " said Holm. "Apart from two Orzhov Charms, he has no way to deal with them in the main deck."

Turn four for Holm never came. Grisly Salvage was perfection for Butakov, and the Craterhoof Behemoth that got sent to the yard lingered there for approximately five seconds before Unburial Rites turned it into a gigantinormous killing machine. Here's Butakov on game one:

"My matchup before the sideboard wasn't great, but turn four Craterhoof Behemoth will get it done every time."

So far Butakov had taken a little more than a minute to take the lead, bringing him to within one game of $25,000, a place at the Magic World Championship in Amsterdam later this year, and the title of Magic Online Champion.

Holm needed a strong start in game two, and a mulligan to six, and then to five, wasn't it. One look at Butakov, sitting pretty with a perfect mix of land and spells, and you knew that there was about to be a Shakespearean amount of trouble in the state of Denmark.

Holm did manage a land and a creature. The land, should you care, was Godless Shrine - the creature, Deathrite Shaman. Butakov certainly didn't care, not one bit. He had the kind of mana acceleration that Holm would have sold his grandmother for, and when Butakov reached five mana he pulled the trigger on an Acidic Slime that took out Holm's pitifully thin chances at a stroke, sending Godless Shrine to the yard. And what of that Deathrite Shaman? Butakov had plans for that too, delivering the final blow with stunning, er, finality. Orzhov Charm destroyed the Shaman, Butakov taking the title against a board with zero permanents. 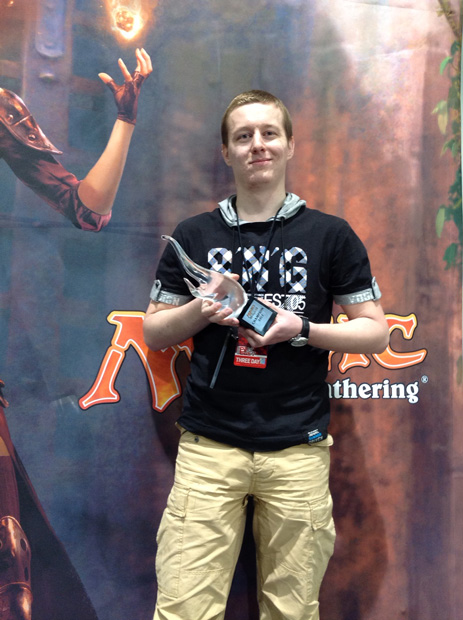 "It's a rare occasion when one person goldfishes and the other gets nothing." - Butakov

It was a stunning end to a stunning tournament, where the best in the point-and-click business thrived in face-to-face action. There was verve, and charm, and skill - so much skill. And in the end, there was Dmitriy Butakov, pride of the Russian Federation, top of the pile, the Magic Online Champion.

And he did it all in one minute and fifty nine seconds.