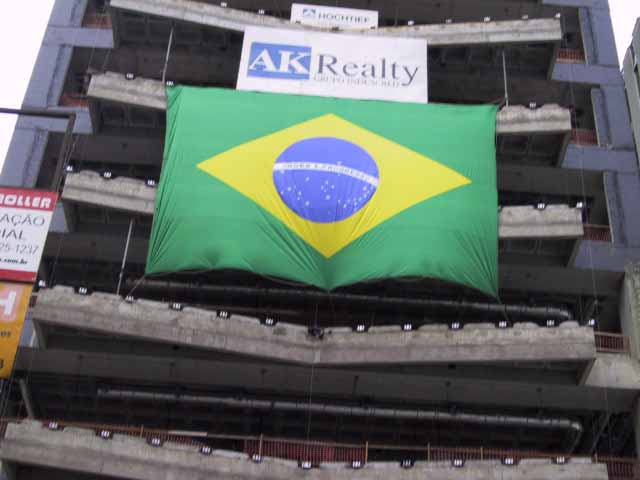 It's all over the city!The first rule is quite simple: don't call it soccer. Ever. That immediately labels you as someone who has no interest or basic knowledge of the game. Which in some places, or with some crowds, can be a capital crime.

It's literally everywhere. Even if you wanted you couldn't escape from it. A mere two weeks ago Brazil captured their record fifth football World Cup. More than in the unusual - even for Brazil - number of people wearing the national jersey in the streets, more than in the billboards or newspapers' headlines you can see in the faces. The same wide grinning smile everywhere, the same bright eyes, like Brazilians were forever locked in their own "Groundhog" day. Constantly watching Ronaldo curl that second goal away from the diving Oliver Kahn, knowing it that would probably seal the deal.

Two weeks ago the country stopped. We are not making this up. The whole country stopped: cities the size of New York seemed completely deserted for over two hours. I'm sure that while Germans cursed Marcos for deflecting Neuville's monster free kick to the post somewhere in Brazil people had heart attacks.

This nation might be crazy for the game but it's not alone. Especially if you consider that FIFA (the international federation) has more members than the United Nations. Over two hundred countries in the world play the game. In some it's merely another sport, sometimes even just played by a few fanatics. But it others... it's more than a sport. Much more than a sport. Brazil is the only country to have played in every single World Cup. And each time the same fever takes over. For months before the tournament, and often months after, the national football team is all people talk about. 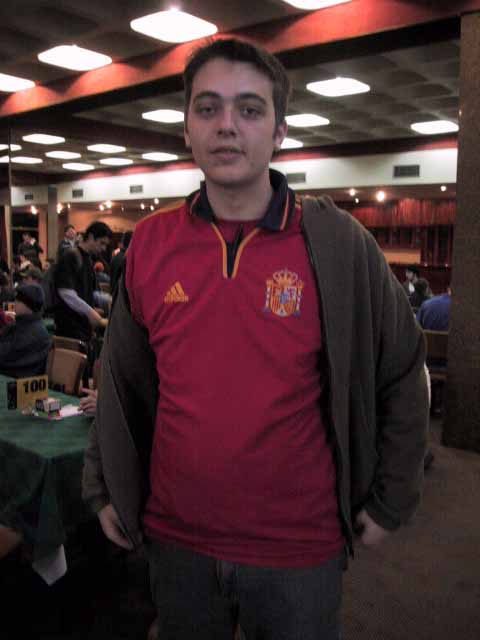 Still, some Brazilian Magic players got it all wrong.Two small episodes clearly show how deeply football runs around here. One is the origin of the most famous Carnival in the world. Rio's spectacular extravanganza apparently had its origins in football. In the early thirties a sport newspaper, Mundo Esportivo, was looking for something to fill its pages during the football "holidays". Since samba was such a popular entertainment back then they decided to set up a contest between all the different schools. Several decades later... well, we all know how crazy Rio gets during Carnival.

The second is probably one of the saddest moments in Brazilian football history. Playing in their own country, in a brand new gigantic stadium - Macarana with its two hundred thousand "seats" - Brazil lost the final of the World Cup. That wouldn't be so bad, even by Brazilian standards, if they hadn't lost it in the dying minutes. So late in the game, in fact, that the high dignitaries present had already left the grand stand to get ready to hand in the trophy.

All this energy is very visible here today. In a country the side of Western Europe every big Magic event is a chance for friends to meet face to face. I walked around expecting people to be discussing the new Standard or scouring for last-minute tech. Instead I found heated arguments over Romario's status or who should have replaced Ronaldinho Gaucho in the semifinals.

They won the Cup, with their usual flair, and again proved they are still the best. As far as football goes no one comes even close to the Brazilians. And no one celebrates wins like them. I have a splitting headache to prove it.