Photo Essay: The Day the Round Clock Stood Still

By Nate Price and Craig Gibson

very year, the best players in the nation get together to do battle to decide once and for all (or at least until next year) who the greatest truly is. As I wandered around the event hall, I was struck by the sheer awesomeness of some of the things I saw. It's such a level of awesomeness that even my incredible vocabulary and grasp of the English language can't begin to sum it up. I did what any good writer would do in that situation. I gave up using words and grabbed Craig Gibson, our resident photographic genius, to show you what I mean.

First off, let me say that nothing says "Fear me, I am a Magic player to be reckoned with" quite like an exceptionally outlandish piece of headgear. I'm talking fuzzy hats, 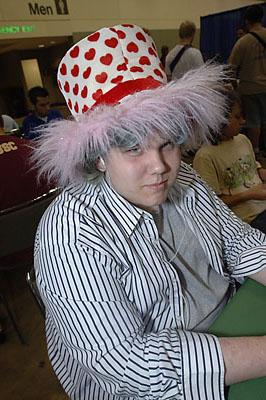 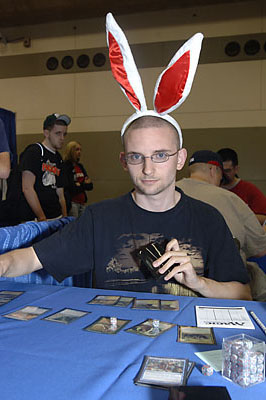 and even a wicked awesome rawkin' Mohawk. 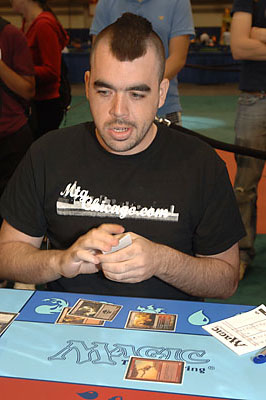 Let me drop some knowledge on you. Believe it or not, the man behind the headgear craze in Magic is none other than the man behind the game itself, Richard Garfield. He could be found ruling Nationals with an iron fist from high atop what was previously the Goblin King's throne. I say this because Dr. Garfield has since made the proud ruler of the Goblin people (is that even right?) into his manservant. Err, goblinservant. 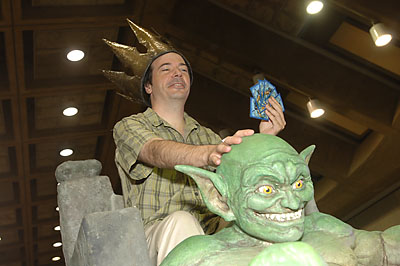 That was just the beginning of his ultimate takeover of U.S. Nationals, a sign of things to come. Under Garfield's iron-fisted rule, the judges were forced to work long hours checking decklists over and over as punishment for their crimes. Yet another reason I'm glad I failed my level 2 judge test. 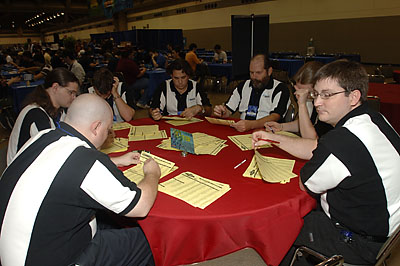 He also banned all food and drink from the players in order to weaken them, making them easier to control. Some players, attempting to become the Al Capones of Magic, took to attempting to smuggle food into the pavilion. Upon being caught and their food confiscated, they raged and howled in fury, but this was like music to the mighty Garfield's ears. 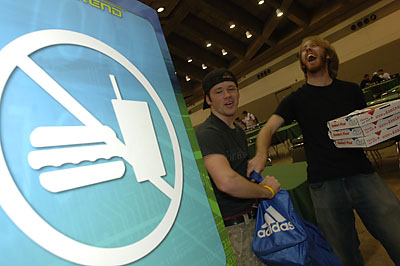 Despite the intense security, some players did manage to find scraps upon which they gorged themselves. You had to eat fast in order to avoid being caught by his spies. 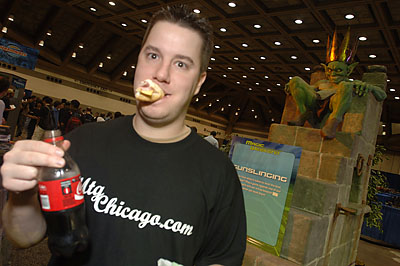 As the players wound down in energy and began to submit to Garfield's regime, there was a stirring from within. Resistance clusters began to form, and they began to plot their revenge. 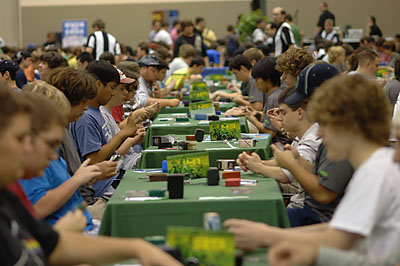 Players put aside their previous quarrels with each other in favor of their new goal-freedom. 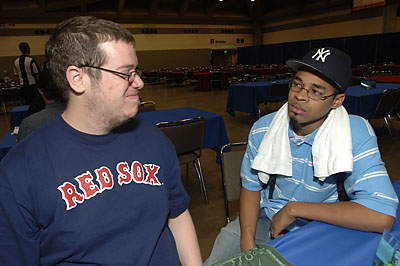 One man rose to lead them. His supporters were numerous and influential. 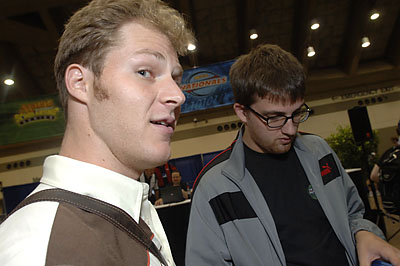 He even had the blessings of the previous champions of the people. 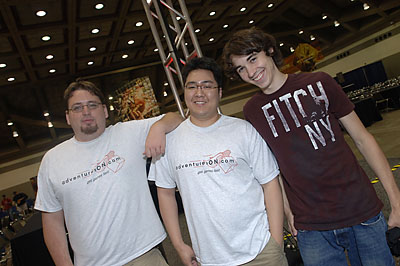 He had the charisma, charm, and skill to lead the players into a rebellion the likes of which had never been seen. 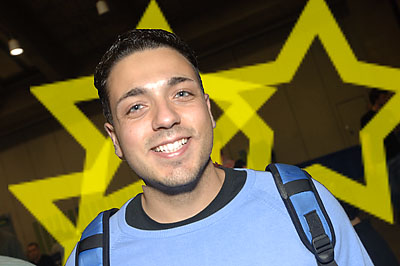 His enticing propaganda whipped the players into a frenzy. Soon they even had the judges, once loyal soldiers of the dark lord, at their beck and call. 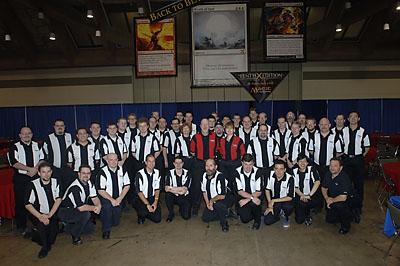 After a long battle, the entire Convention Center was nearly laid to waste. Once the dust settled, it was clear that the players had triumphed, though they had lost their fearless leader. 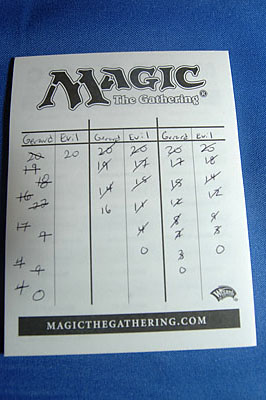 There were celebrations in the streets (or what was left of them), 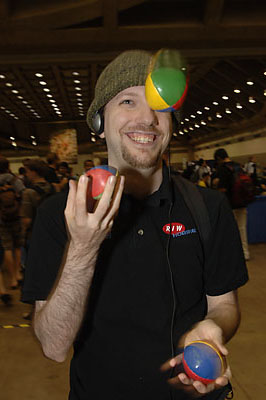 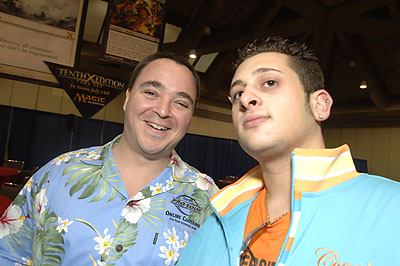 The dark days are now over. A new day is dawning in American Magic. All we need is a new champion, someone to take the torch and lead us into the darkness. Who will step into the light? Only time and 14 rounds of Swiss followed by a cut to Top 8 will tell.